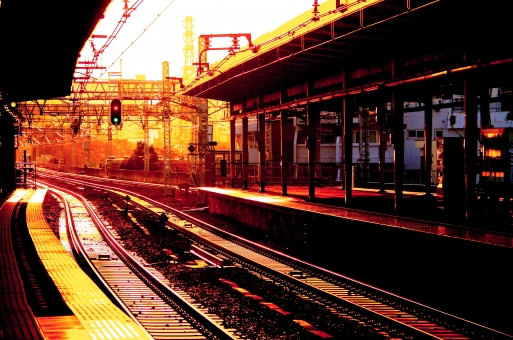 If you have been to Tokyo and tried to use public transportation you must know how crazy complicated the railway and subway system is in Tokyo! I was lost every single day during the first couple months I moved here, 2 years ago.
That’s why I decided to write about the different railway companies, so you can tell them apart and maybe understand a little better why sometimes you need to walk from one station to the next to make a transfer.

All the subways and railways can be categorized into 4 main groups:
JR, Metro, Toei, and private railways.

JR, which is a shorthand for Japan Rail, is basically the (above ground) train system. You will find JR lines all over the country, but the area around Tokyo is covered by JR East. It generally runs further than the subways and leads to other cities and the countryside. JR could again be categorized into 3 different types of trains: Shinkansen, Rapid train, and normal trains (ざいらいせん)。

Shinkansen(新幹線)：The most expensive, but runs the fastest and also goes the furthest. Very useful if you go to other prefectures such as Osaka or Tohoku from Tokyo.

Rapid train (快速): Usually comes with special name and look. You have to pay extra for riding it, but it does go faster and further as well.

Zairaisen (在来線): All the normal JR trains that don’t come with a speed upgrade. You probably have heard of couple popular Zarairasen in Tokyo such as Yamanote Line and Chuo Line.

2.What is Tokyo Metro?

Consider Tokyo Metro to be the subway system (as opposed to the JR train system). Tokyo Metro operates mainly underground so the access can be a bit more complicated. Metro goes through a couple popular places in Tokyo that you can’t reach by JR such as Asakusa, Sky Tree, Roppongi etc.

Metro is run by the Tokyo Metro Co. (not the Tokyo City) and it provides multiple discounted tickets for travelers such as unlimited passes for 1 or 3 days. One thing to remember when heading out late: the last train of the day is usually earlier than JR’s last train.

Toei Subway is also a subway system and is run by the Tokyo City Government, as the Japanese name indicates. Their network is smaller than those of Tokyo Metro and JR, with their 4 main lines being Oedo line, Asakusa line, Mita line, and Shinjuku line.

Toei system and Metro system are similar but they are not connected to each other. You would still have to get out from the station (gate) to get into another station when transferring from one system to another.

Okay, it’s getting a little complicated now.
Although JR and Metro are operated by private companies now, there were originally established by the government, so they are not considered to be Private Train Networks.

Besides the 3 main train/subway systems I introduced above, there are still a bunch of smaller railway systems built by private companies throughout all of Tokyo. None of them are connected to one another, so you have to change stations every time you change trains.

They all have different names, but since they are all operated by private companies I will just call them Private Train Networks here.
Let me quickly introduce some popular Private Train Lines below!

There are two main lines in Keio Railway: Inokashira Line and Keio Line. It’s very useful if you are going to the popular shopping place Shitakimozawa or the Ghibli museum in Kichijouji.

Odakyu network has 3 lines: Odawara Line, Enoshima Line, and Tama line. You might use these trains for trips as they lead pretty far out to the west of Tokyo. Odakyu is also famous for the Romance Car rapid train which goes to Hakone.

Tobu Lines extend to the north and east side of Tokyo. It also goes to the world heritage site, Nikko.

Seibu lines also go north of Tokyo and connect the capital to Saitama. Use this line and visit the popular tourist place: Little Edo Kawagoe. It’s worth the trip to discover traces of the old Japan!

Tokyu lines extend south of Tokyo. Famous stations along the lines include Jiyugaoka, Sangenjaya etc.
There are still other private railway networks, but the list will just go on and on and on, so I focused on the lines you are most likely to encounter or use.

Hopefully, this article helps you to understand the Train-Subway-Railway systems in Tokyo a little bit better!

How to buy a Suica card
Where can you use Suica?
How to charge a Suica card
How to choose: Suica or Pasmo card
Share
public transport

Originally from Taiwan I went to university in Seattle. I always loved Japan, and am now using every free weekend to go on trips and learn more about country and people.

How to fill out the Customs Declaration Form for J...
Job Agencies: Find Jobs that Match your Profile
Guide to getting your Internet plan for Japan
All about the Working Holiday Visa
IT Jobs in Japan for Foreigners