3 Business Manga to Get Ready for Work-Life in Japan 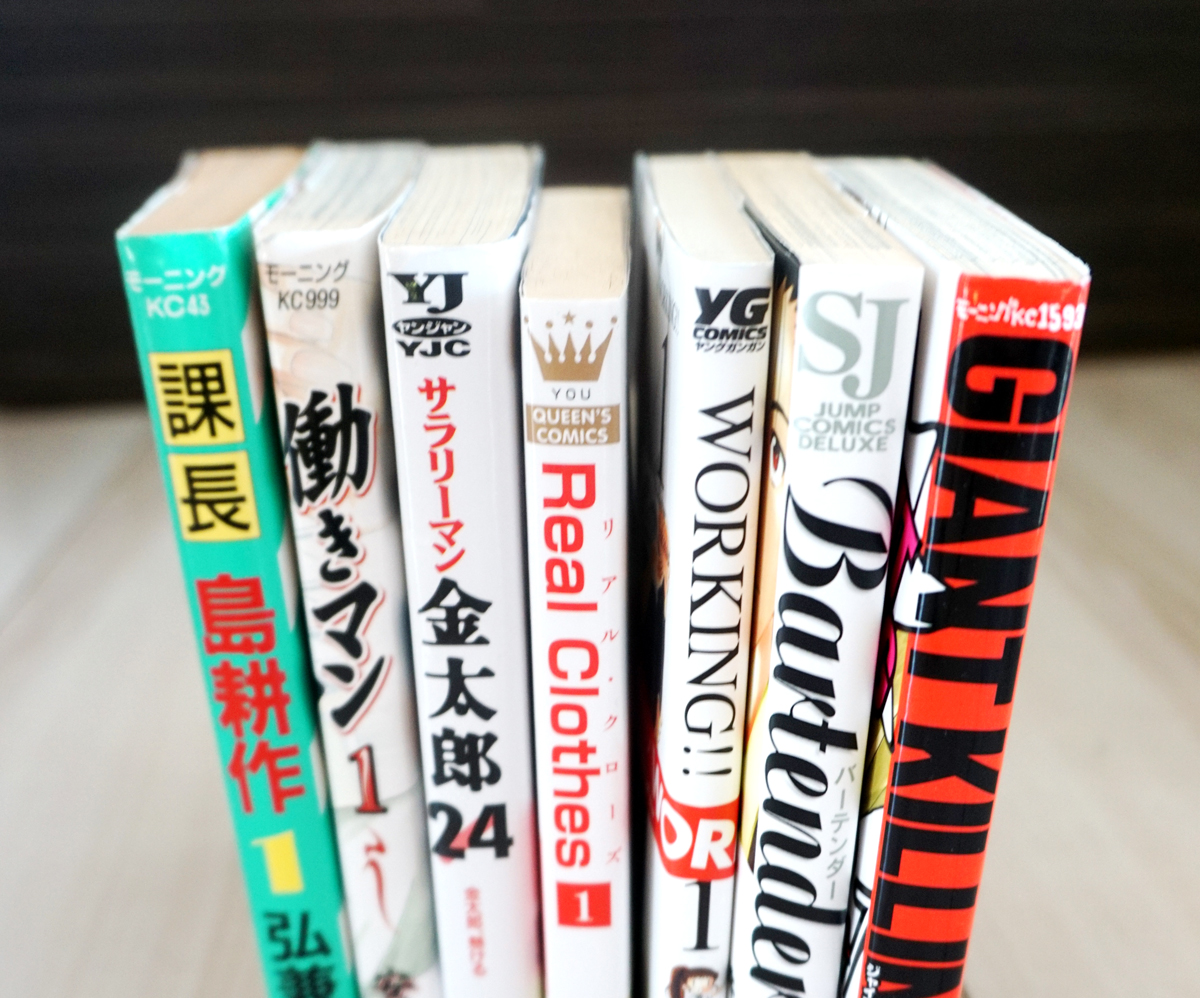 Manga are not only fun, then can also be informative. Despite their often fictional settings, they can give much insight into live in Japan. Why not learn about Japanese work culture and manners by reading manga?
Get started with the series introduced below. Keep reading and you might just start seeing manga in a new light.

With so many different manga, it would be weird if there were none for working adults. Most adults spend a large chunk of their time at work, so what could be better than a manga that picks up on the readers everyday challenges in a fun way?

Luckily, many publishers have been thinking the same, which is why nowadays one can find all sorts of work-related manga. Editor or coast guard? Bartenders or doctor? Salesperson or imaginary space-garbage-collection team? Whatever it is, there probably is a manga about it.

Reading these manga is a great way to:

The following three manga can provide all of the above and are widely popular among Japanese employees.

Since work-themed manga are targeting an adult audience, they are typically written in Kanji and without Furigana.
With the help of a photo translation app, even difficult Kanji are quickly understood. (Alternatively, look for translated versions or subbed anime.)

The manga are only around 100 yen if you buy second-hand, so if you have the chance, give the original versions a try!

課長島耕作, also known as Section Chief Shima Kousaku, written by Kenshi Hirokane, follows a salaryman who works his way up the corporate ladder. Shima Kousaku has been around since 1983, advancing his career through various sequels until today; follow his most recent stories in Chairman Shima Kousaku.

A true workaholic of Japanese making on the one hand, the character also embodies many aspects of the new, unfolding and internationalizing Japanese business culture, like decisiveness and independent-mindedness.

Modeled after a real company (Panasonic, where the author used to work previously), this manga gives insight into Japanese corporate culture.
By following Shima Kousaku through his career, learn about communication, leadership and other skills that are important for 社会人, working adults in Japan. It is said he can even teach , the secret to a successful life.
Most of all, it is a funny story, that has engaged fans for over 30 years.

With N2 level Japanese reading skills it should be possible to read the Shima Kousaku series. Being made for an adult audience it does not come with furigana, but most Kanji in this manga are common ones that appear frequently.

The main character in サラリーマン金太郎, written since 1994 by Hiroshi Motomiya, is in many ways the opposite of Shima Kousaku. Kintaro, the former leader of a biker gang, turned white-collar sales representative, and is trying to improve himself, also for the sake of his son.

Following Kintaro, the story picks up on many workplace antics and other social issues in Japan. Kintaro is more of a rebel, so I would suggest some caution before copying all his office manners. Instead, take note of his enthusiasm and motivation for his work.

With N2 level Japanese reading skills, one can understand most of the story. More advanced Kanji appear occasionally. Furigana, if used, usually introduce alternative meanings rather than a correct reading.

働きマン by Moyoco Anno is a more recent manga from 2004, with a female lead! Hiroko Matsukata is a successful and hard-working editor, who is doing her best to balance both her career and her private life.

The 28-year-old Hiroko Matsukata adjusts the way she acts and talks according to her environment. When she needs to get work done, she is going into “man mode.” On the other hand, when she has a date with her boyfriend, she is the first to leave the office.

In many ways, Hataraki Man gives insights into gender inequalities and strategies women use to succeed in their career.
Owing to realistic descriptions of the daily struggle of juggling sometimes contradicting responsibilities and social roles, this manga became widely popular among working women.

Reading closely, you can pick up on the main character’s subtle use of female and male speech depending on the situation. While I cannot recommend copying her style of talking, it gives hints about how female or male talking patterns impact the way the speaker will be perceived.

The above manga all play in a typical Japanese work environment, illustrating workplace relations, business manners, and polite Japanese.

Many elements in the manga are timeless and can be generalized, still, keep in mind two things.
First, when you read something written 30 years ago, the treatment of women in the workplace and other issues isn’t necessarily up to date.
Second, company culture and concrete rules vary from company to company and evolve over time.

While these are great manga to get a good idea of the work environment, many soft skills and the way of thinking can actually also be found in many other manga too!

Try Slam Dunk for insight into team building processes. Or pick up Kingdom and learn about different types of leadership. Even in Attack on Titan, they spend a lot of time talking about duty and motivation, using phrases I literally have heard my bosses say.

Artists often bring their own experiences into the stories. Next time you read a manga, try paying attention to all hints about the Japanese society and communication happening on the sidelines.

Which manga made an impression on you?

Working as a Developer Without Speaking Japanese
Finding a Job in Japan through Job Fairs and Japan...
How to stay safe during an earthquake
Why Japanese People (don’t) Change Jobs
Recycle shops – Bargain Hunting in Japan

Caution! Avoid these Expressions in Formal Japanes...
Difference between Visa and Status of Residence
Budget travel by train: the Japan Rail Pass
Working as a Video Creator in Japan
5 Autumn Leaf-Viewing Spots in and around Tokyo