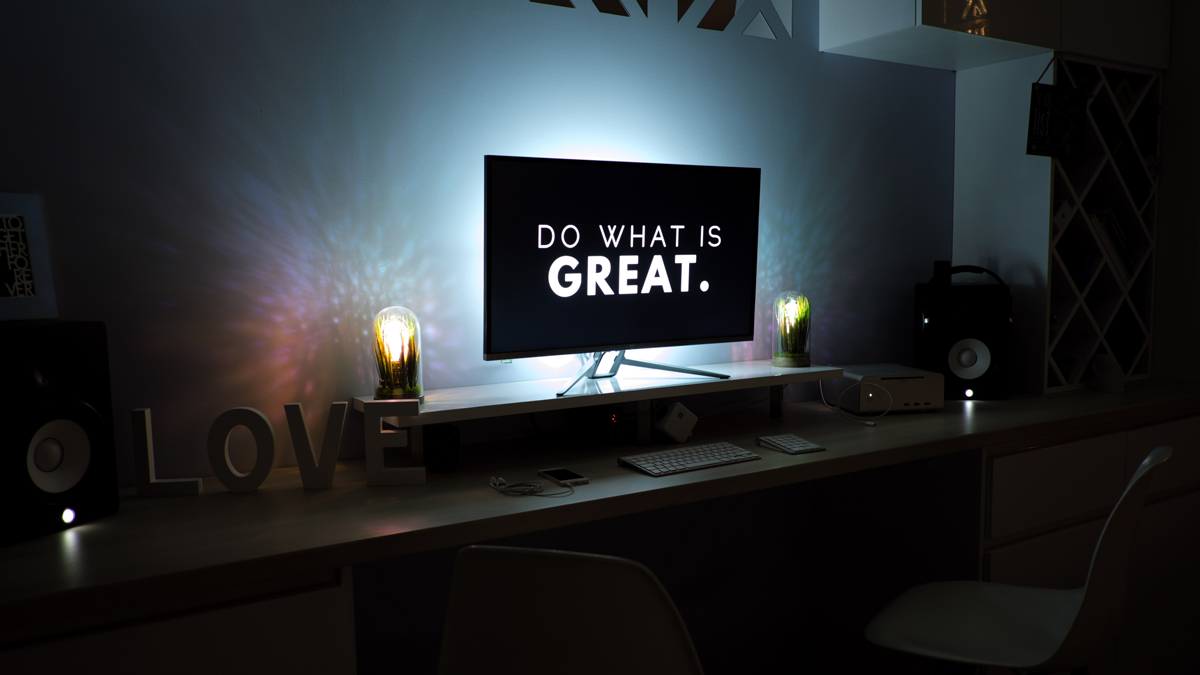 What’s the best company for your first job in Japan? Every year, Japanese job seekers are asked this question. In this article, we go over survey results published in late 2020 and early 2021. Many of the companies on the lists are actively hiring foreigners, so take a look! (※This article was initially published in September 2018 and last updated on May 19th, 2021.)

First, here’s a look at the overall ranking. The results are from a yearly survey of job search platform provider Gakujo, reflecting the answers of around 7,500 students preparing for their job hunt.

Itochu is still at the top – unbeaten for three years in a row by now. It’s one of the big Japanese general trading companies (総合商社, そうごうしょうしゃ).

B2B traders outside of Japan typically focus on a specific type of product or industry, but Japan’s general traders have it all. Itochu trades in textiles, machinery, metal, food, energy, chemicals, housing, and information and finance. The fact that the business is built on so many pillars translates to job security for a lot of job seekers. Itochu and other general traders are also known for relatively high salaries.

In addition to being open to all kinds of job seekers from inside Japan, the company is also accepting applicants from abroad. In 2020, Itochu participated in the MyNavi Global Web Expo and the Boston Career Forum (Online Event). The application window for students of foreign universities was October 1st ~ October 29th.

Ajinomoto returns to 2nd place after briefly dropping down to 3rd last year. The company is named after their original product (that you can still buy today), a MSG flavor enhancer first patented in 1907. While they have expanded since then, their product palette is still focused on food-related things such as seasonings, soups, sauces, and sweeteners.

The company is active globally in a total of 35 countries. In Japan, Ajinomoto recruits new graduates in the fields of R&D and Production, Sales and Marketing, and Corporate.

Products of Asahi Soft Drinks are omnipresent in Japanese stores and vending machines, with their main products being alcoholic beverages as well as a wide variety of soft drinks.

In terms of proceeds, Asahi is the third biggest player in its industry. If you’ve ever been around Asakusa, you’ve probably seen the company’s headquarters in the shape of a beer jug on the banks of the Sumidagawa (with the (in)famous Asahi Beer Hall right next to it).

Kodansha is Japan’s largest publishing company. Foreigners know it best for its manga and light novel publications, including popular titles like Attack on Titan, the Monogatari Series, The Seven Deadly Sins, and Cells at Work.

Publishing companies like Kodansha publish Japanese content for a Japanese audience. Because of this, it can be difficult for foreign job seekers to beat the Japanese competition. That being said, Kodansha is open to applicants from all countries, including those who will be graduating from universities outside of Japan.

Fresh university graduates all apply to the same general position. Concrete positions (editing, sales, etc.) are decided on later, after the interview process and an internal training period – the traditional Japanese approach.

Shiseido is Japan’s largest cosmetic company, mainly producing skin/hair care and fragrances. Its long history (established in 1872) and worldwide recognition make it easy to see why the company is so popular among job seekers. Shiseido also has the reputation of being a women-friendly company, promoting a balance between work and child-raising, among others.

At the point of updating this article (January 2021), Shiseido has not released any information on fresh graduate recruitment for 2022. The signs point to the company temporarily halting out-of-university recruitment due to Covid-19.

Nintendo stays in the top 10 and even moves up a bit, after a sudden jump from 107th to 9th place in 2020. It seems like the Switch taking off has profited the company not only financially. Pokemon Sword and Shield in 2019, Animal Crossing in 2020, and now Splatoon 3 – all big popularity boosters in a time when people mostly stay at home.

Nintendo is recruiting new university graduates in six different categories: Engineering (software), engineering (hardware), design, sound, planning, and general office work. For some categories, you can apply multiple times per year, but some only have one entry date. So if you’re interested in working at what probably is Japan’s best-known game company, keep a close eye on their careers page!

DNP is one of Japan’s two big printing companies (the other one being Toppan). Befitting of its “giant” status, DNP covers the whole range from regular books, magazines, and dictionaries to posters and photo imaging. They have also branched out into information communications beyond the paper medium into marketing and information security solutions. It may be this part of the company, associated with content business and IT, that’s driving popularity in the last few years.

Founded in 1967 by Korean businessman Shin Kyuk-ho in Tokyo, Lotte is one of Japan’s prime sweets makers. From Koala’s March, and Ghana Cholocate to Pai no Mi and Xylitol gum, many of the company’s products have always been within arm’s reach of most of the Japanese population. Maybe that’s why the company is so popular.

Lotte hires new graduates based on job type. Sales and administrative positions are open to candidates of all backgrounds. R&D, production management/quality management, and other engineering positions require an educational background in science.

JTB Corporation is Japan’s largest travel agency. The company started out as the “Japan Tourist Bureau” in 1912 and was originally government-owned before being completely privatized in 1963. Active both inside and outside of Japan, they organize travel for Japanese and non-Japanese people alike, making them a top choice for many students who are interested in work with an “international” touch.

The Japanese tourism and travel industry has been hit hard by Covid-19. JTB too has felt the effects of the pandemic and is accepting no fresh university graduates for 2022. The fact that they still managed to stay in the Top 10 proves just how popular the company is with young Japanese job seekers.

Not to be confused with the English conversation school of the same name, this company manages a chain of large-scale shopping malls across Japan. The malls are often informally called ジャスコ (the company’s former name). In addition to the malls, AEON also operates smaller stores like pharmacies and regular supermarkets. This type of business might seem relatively new, but AEON’s roots reach all the way back to the 18th century.

With both Shueisha (publisher of Shonen Jump) and Kadokawa in the top 20 in addition to Kodansha on place 4, 2021 almost seems like the year of the publishing companies. But with international business being in a difficult spot due to the pandemic, maybe it’s only natural that people are flocking to companies that mainly rely on the domestic market.

Unsurprisingly, the biggest changes in 2021 occurred in the travel and tourism sector. Traditionally popular companies like Oriental Land Company (operating Disneyland Tokyo), HIS, Japan Airlines, and ANA all dropped significantly in popularity. With the Japanese vaccination campaign only slowly kicking into gear, it seems like it will take a while until they recover.

The rankings we’ve shown below are all based on answers given by university students looking for their first job. This might be a reason why most top candidates are big Japanese companies with a “safe” image. What about mid-career candidates? Arguably, people who’ve already worked for a few years are less likely to be blinded by name and fame.

Luckily, there are also rankings for those! Below, you can find the results from openwork’s “Companies Worth Working For Ranking 2021” (働きがいのある企業ランキング2021). The ranks are derived from the combined ratings from all users on the platform.

Compared to the companies picked by fresh university graduates, there’s more balance between Japanese and non-Japanese companies here. The list is headed by three companies with roots outside of Japan, but overall, Japanese companies are still in the majority. Other foreign companies in the top 50 include Starbucks, Apple, Amazon, KPMG, and LINE.

Small companies are looking for foreigners

While many companies in Japan still struggle with hiring foreigners, more and more companies are opening their doors to candidates from abroad.

It is not only the big companies that are changing their recruitment outlook. Small companies also welcome foreigners. The rankings introduced in this article favor big companies due to being based on a simple majority vote. But companies with less than 30 employees make up 50% of all places hiring foreigners in Japan. So don’t just focus your efforts on to the big & popular – there are many hidden gems to be found!

Getting a Job at a Company in Japan

Most Japanese companies are open to hiring non-Japanese candidates, even if they don’t specifically say so on their websites. However, the general expectation is that foreigners will go through the same selection process as their Japanese peers. Because of this, fluency in Japanese is a must – often well beyond JLPT N1 level.

In addition to leveling up your Japanese, staying in Japan for the duration of your job search is advisable. Candidates studying or living in Japan have better chances to adjust their schedules to the sometimes long-winding Japanese recruitment process, and some companies do not accept applications from anyone living outside of Japan. While in Japan, advantage of career fairs and company seminars to get in touch with companies directly.

If you can’t come to Japan, another option is to use services that connect foreign job-seekers with companies in Japan. One of these services is Diversity HR from Zenken Corporation, specializing in young engineers from Asia. After creating a profile, you’ll be matched with open positions that fit your background and requirements. To find out more about the service, read about it in our article here The button below will take you to the entry form directly!

What’s so great about Entry-Level Jobs in ...
Average salaries for Young Professionals in Japa...
Japanese Labor Law Essentials you Need to Know
English Level still low even among IT Staff in J...
Share
factsfind job

Top 5 websites for part-time jobs in Japan
Jiko-PR: How to Sell Your Strengths in Japanese (w...
Job-hunt in Japan: attending a company seminar ...
4 Japanese Business Greetings you need to know
The 5 most important everyday expressions at the o...