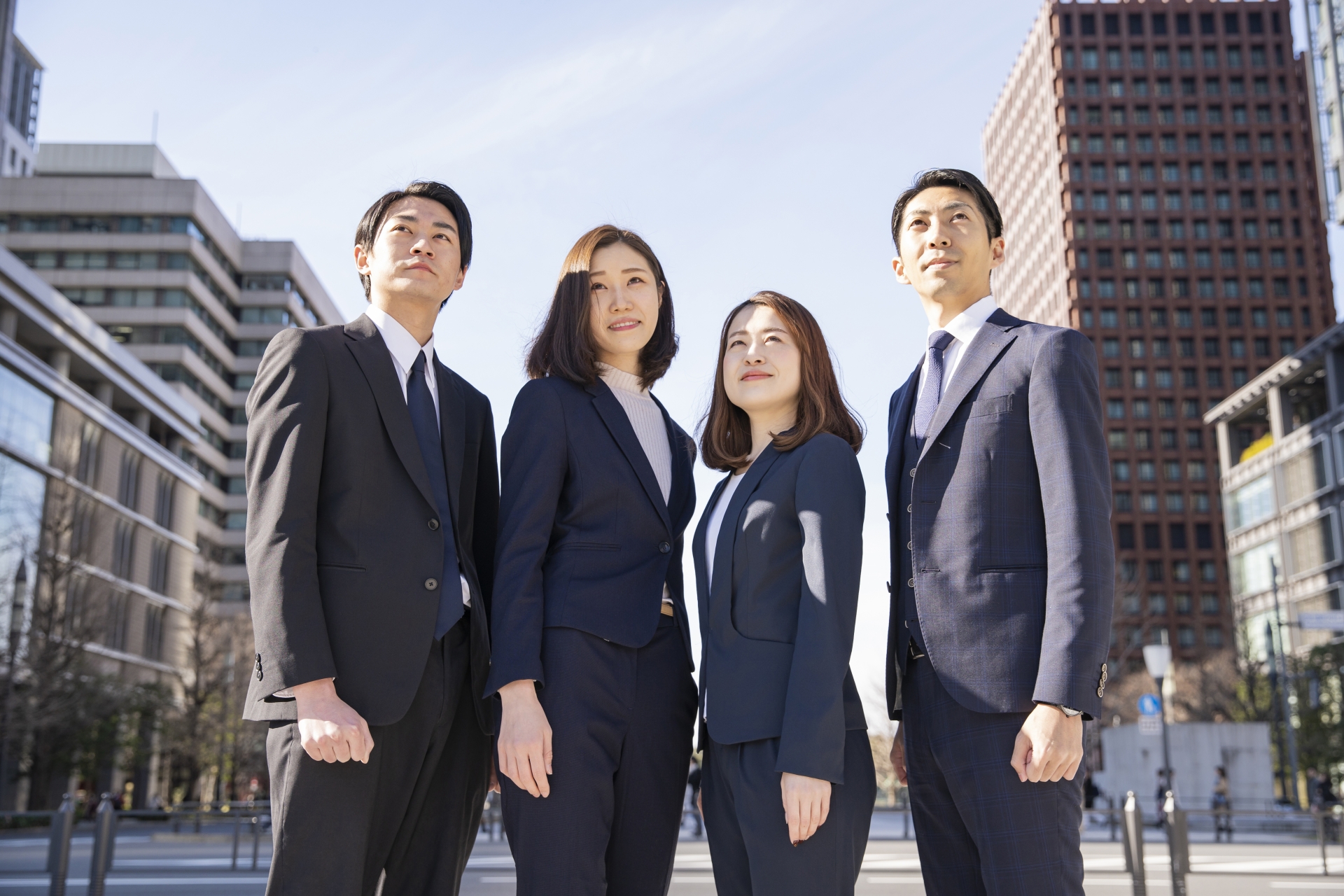 How is Japanese workplace culture different from US-influenced “international” business culture? In this article, we look into the five main aspects and what you can do to reduce frustration and adapt well.

When in Rome, do as the Romans do…?

Adapting to a foreign environment is difficult. Even if you think of yourself as a culture-savvy person with a flexible mind, it can be hard to fully accept things. As a foreigner working at a Japanese company, I’ve struggled and have been frustrated with many of the things on this list myself.

But you shouldn’t be too quick to dismiss problems as unsolvable. A little insight into the background of certain practices can go a long way in improving relations with your co-workers. Below, you can also find tips on how to deal with difficult situations.

One negative thing associated with Japanese office workers is that they never get to decide anything on their own. No matter how small the decision, they always have to report to their superior first and get approval first.

These accounts tend to be a bit exaggerated. But it is true that compared to places like the US, Japanese office culture requires a lot more checking, confirming (), and getting things approved (). The mantra is “hourensou” – report everything, communicate everything, consult your superiors about everything.

Because of the way this type of constant double-checking is encouraged (some might say enforced), non-Japanese employees tend to see it as micro-management (or even micro-aggression) and a reason for low productivity. From a Japanese management standpoint, however, it’s seen as a tool to reduce risk.

It’s rare for Japanese companies to outright fire employees, and it’s usually the manager or team leader who takes full responsibility for a mistake. But frequent reporting and checking don’t only exist to cover management’s back. By extension, it’s also intended to prevent mistakes from happening in the first place, protecting the company’s reputation.

Especially if you’re a fresh university graduate without much work experience, prepare for a lot of reporting and double-checking. Japanese companies operate with the mindset of “raising” new, young employees through constant supervision and training. Always remember that the goal is to correct mistakes before they happen, not to test your patience.

Order and rules are important for any organization to function properly. However, even if you take this as a given, rules at Japanese companies can sometimes feel ridiculously strict.

For example, it can be frustrating to be on the receiving end of complaints because…
– You were 1-2 minutes late
– You didn’t inform your supervisor about some minor mistake that you were able to fix immediately (see point 1)
– You didn’t follow the manual to a tee

Similar to the previous point, a lot of these rules exist to reduce risk. It’s important to understand that a good deal of them were probably introduced to prevent the re-occurrence of an event that lead to an unfavorable outcome. On the flip side, this can easily lead to a mess of rules that’s hard to keep track of.

However, even Japanese management has no interest in upholding completely meaningless rules. Some rules and routines continue to exist even after circumstances have changed, simply because no one asked if they were still necessary.

If you feel that you’re subjected to meaningless or needlessly strict rules, you should consult your direct supervisor (の). Explain why your frustrations and inquire if there’s any background to the rules you might not be aware of. Preparing an alternative solution can even give you some extra points.

Some rules are relegated to the realm of “common sense” (), or treated as “customary law” and are not written anywhere. It’s easy to see why foreigners struggle here. But many Japanese people have trouble with these kinds of rules as well (as there is no single, unified “Japanese common sense,” despite what some people may want to tell you).

When you feel like rules are being made up out of thin air, make sure to communicate this to your direct supervisor. If you frame it as wanting to prevent further trouble in the future, you have a good chance of things being cleared up for you (and for others, as well).

Japanese work culture puts a stronger emphasis on the group over the individual – you’ve probably already heard about this somewhere. It’s a bit of a truism – but there is a kernel of truth to it.

In countries like the US and most places in Europe, a common ideal is being an efficient worker. You do your job properly, and then you go home. Teamwork is important, but the focus is very much on dealing with “your” tasks in an efficient manner.

In Japan, on the other hand, the focus tends to be on your responsibilities to your team and your relationships with your coworkers. This is a source of many things foreigners tend to find irritating about Japanese business culture – from daily morning assemblies () to after-work drinking parties or the infamous “not leaving before the boss leaves.”

Low labor productivity in Japan is often seen as a result of this kind of “group-based” thinking. But efficiency is valued even in Japanese business culture. Rather than thinking about it as efficiency vs inefficiency, it’s helpful to consider it a matter of different priorities.

In general, try to clear up tasks that require checking with others in the first half of the day or ahead of time, and inform people around you about the time you’re planning to leave work.

When you’re used to US-style company culture, the atmosphere at Japanese companies will feel a lot more formal.

First, there’s the use of varying degrees of keigo (polite/formal speech), even when you’re not dealing with people from outside the company. It’s common for people to address people in management positions with their ranks (instead of the general-purpose さん), and there are even rules for how to correctly ride a company elevator.

Especially keigo is something that foreigners tend to perceive as a big hurdle. It was the same for me: Before starting to work in Japan, I was unsure if I was truly prepared for business communication and all sorts of etiquette. However, my environment turned out to be not as strict as I had anticipated.

As a foreigner, you don’t have to be a keigo and etiquette master right from the start. Even Japanese fresh graduates need some time to adjust to a business environment. In the long term, keeping the basics in mind and making sure you don’t repeat mistakes will go a long way to improve your interpersonal relations and will lead to better evaluations.

If you make a mistake, you reflect on what you did wrong and what you can do better the next time. Most people will agree on this, regardless of the country they live in. However, the specifics vary.

In Japan, the most common process of dealing with mistakes is called hansei (). The main difference is that hansei is not only requested of the one person who made the mistake. Instead, team members and others who were tangentially involved are often asked to reflect on their behavior as well.

People not familiar with Japanese company culture tend to perceive this as being held responsible for things outside of their area of responsibility, or an attempt to shift blame. To Japanese management, however, this type of response tends to come across as stubborn and unprofessional.

The most important thing to keep in mind that doing hansei doesn’t mean that you’re taking all the responsibility for somebody else’s mistake. The goal is to reduce risk and prevent the re-occurrence of mistakes by improving the whole group or team. Everyone can do their part to help, even if they weren’t directly responsible.

Not every company is the same

So there you have them: The five biggest differences between Japan and “the west.” I hope this article gave you some perspective on why things are the way there are in Japan.

Ultimately, Japanese business and company culture is not a monolith. You should be prepared for the things above to pop up here and there, as part of everyday life. But at the same time, not all Japanese companies are super strict. Some leave their employees more freedom when it comes to making decisions. Others promote a relaxed atmosphere where people can interact in a casual manner. It all comes down to what place you choose.

How to Get Along with Your Japanese Boss
What I wish I had looked into before Working in ...
The Current State of Work-Life Balance in Japan
Complete Guide to Nomikai
Share
mannerswork culture

Interview: Working in Japan as a Foreign Programme...
Jiko-PR: How to Sell Your Strengths in Japanese (w...
Useful items for Job Search in Japan
7 Part-time Jobs in Japan for Foreigners
News from Japan #03

Suits or no suits – What to wear for your jo...
How to return your Suica
Lifetime Employment and Japan’s Future
Everyday Work in Japan: Improvements and Challenge...
Learning how to code while working in Japan