What I wish I had looked into before Working in Japan… 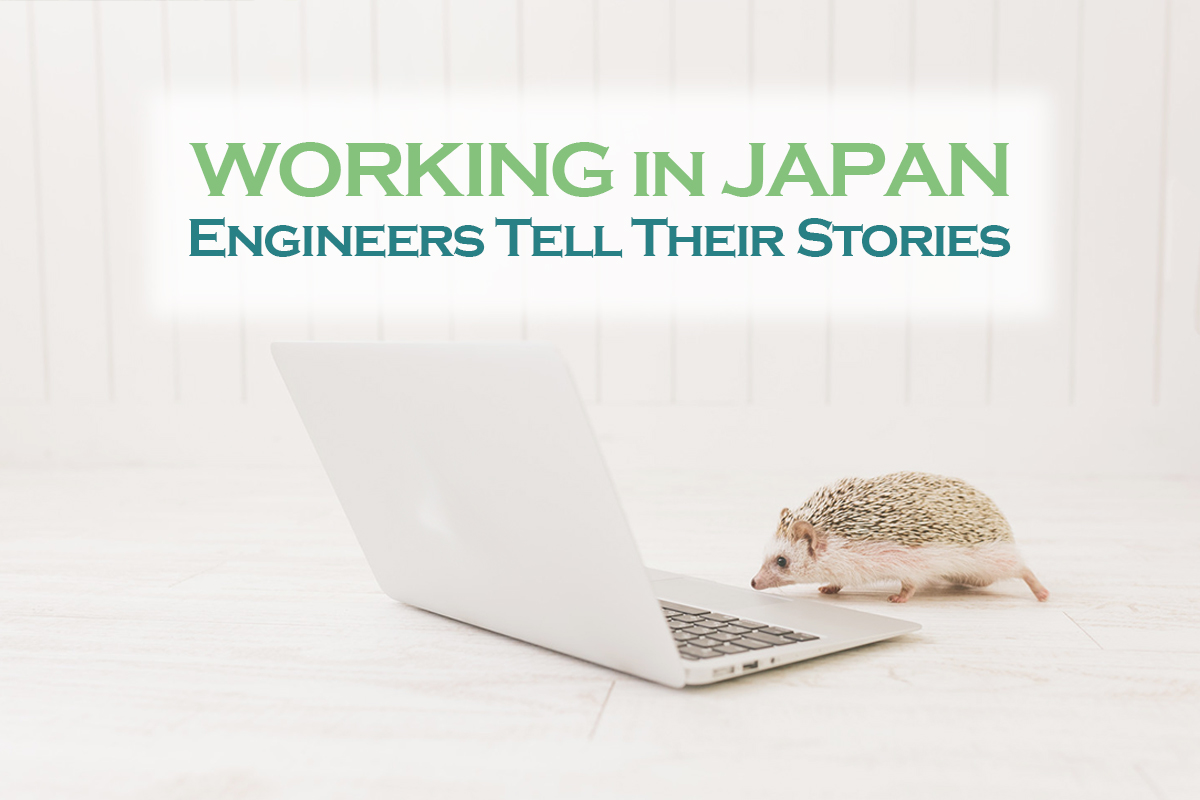 This time, Yun shares three things you should look into before working in Japan – (dis)likes of Japanese people, the work culture, and the manners. Read on to find out how these things are helpful to you.

Hey, I’m Yun from Korea. When I graduated from university I got hired by a Japanese company and now I’m living in Japan, working as Web Engineer!

I experienced some growing pains when I first started working in Japan. So others can avoid that nagging voice, saying “I wish I had…” let me share with you what I learned through experience, repeated online searches, and long talks with my senpai. Here we go.

Working in Japan made me realize that the most important thing is to understand the way locals are thinking. Not only because I am living and working among them, but also because as a creator I want users to enjoy the products I develop.

Did you ever look at (older) Japanese websites? When I saw one for the first time I was in shock. No white space anywhere. Instead, the page was littered with Kanji. IT was designed as if someone made it his mission to put as much information in a limited amount of space as humanly readable. Every element is begging for attention – I didn’t even know where to look. Back then, the reason why the Japanese would prefer such a design was a mystery to me.

Later I learned that Japanese Kanji contain a lot of meaning. Apparently, if Japanese people look at a website, they can just grasp the gist of it at a glance. Lots of information in one place is seen as practical since they can scan through it in seconds. Unlike me who struggled to make any sense out of the word salad.

This dense website design, that Japanese people consider to be normal and convenient, seems to be be a remnant of Japan’s feature phone era. In the time of small screens and limited data, a design favoring lots of text and a sparing use of pictures was rewarded and it became Japan’s standard for decades to come.

This wasn’t the only influence though. When I asked my coworkers, they told me that because Japanese people were accustomed to reading newspapers and books, they didn’t think of text-heavy designs as inconvenient at the time. I guess, seeing the internet as a big old newspaper is one way to look at it.

Looking at newer Japanese sites one can see changes. Uncluttered designs are getting increasingly popular and new websites prefer a layout balancing white space and information.

Other sites again, still choose to maintain their old-fashioned style. The demand for the familiar cannot be underestimated and many people feel most comfortable with what they are used to. So it is more of a gradual change.
Find what the Japanese prefer and what they consider to be normal or practical when you come here. If you create something for Japanese users it will come it can be a big advantage for you.

Before joining my company I have never worked on a proper team project. By proper I mean a project that follows a certain methodology during development, where all members have clear responsibilities, and where everyone works together to get things done efficiently and smoothly.

At a company it doesn’t matter if you work on a small or a really big project, you are always working in a team, rarely ever alone. It requires a lot of communication and good instincts to understand the workflow, the roles, and to figure out how to collaborate as a team.

Depending on the company, the development flow and methodology employed can be completely different. As a result, so are the skills and the way of thinking which are valued. Even within one company they can change, sometimes radically.

When I joined my company, we used the Waterfall framework but now we are working with Scrum, a type of Agile framework. Waterfall and scrum are two completely different approaches, so changing from one to the other really changed the way my team has to think on the job.
When using Waterfall, one has to be aware of anything ahead up to a certain point, always looking ahead and anticipating. With Scrum, on the other hand, one only focuses on the current task. If a problem arises in the future one just deals with it at that point.

I use scrum at work now but sometimes I still stray from the task at hand and think ahead. In the future, I hope developers can implement more flexible approaches, that allow for more leeway regardless of the development framework currently in fashion, but until that day it is better to wrap one’s head around these structures quickly.

Whether you attribute it to the “Japanese group mentality” or the importance of cooperation in the workplace, everyone has a role to play as part of the team. A lone wolf who thinks he can fix everything on his own if he tries hard enough will have trouble getting ahead in his career.

Every team member has a certain role to fulfill to make sure that the project proceeds as planned. Precisely grasping everyone’s position and the role oneself is playing in the team is vital to be able to support each other and guarantee a smooth process.

This fine-tuned team-play really trains one to think about one’s actions so as to not cause unnecessary costs, and how to communicate one’s opinion clearly but in a respectful and constructive manner.

The final challenge is to follow through with the development process until the very end.
At university, it was enough when my projects solved the issue I was thinking of. Working at a company, suddenly I was developing products that are being used by a lot of people. I had to learn to think about how to address the needs of many different types of users and prepare for all sorts of unusual, but possible, cases.

Most companies schedule a lot of time and resources for the testing process. After all, if the usability is bad or there are a lot of problems the product cannot succeed. Once I joined the company I suddenly became painfully aware of information on testing processes I didn’t notice as a student. It was everywhere and impossible to avoid. Now I wish I had acquired a little knowledge on the topic in advance. Many things would have been easier.

As a college student, I spent 6-weeks in Fukuoka on a language trip. At the time I had just started Japanese, so pretty much everything was hard to understand. Among everything, what I struggled with most was the keigo (敬語) that the staff in shops was using. It really is like a whole new language altogether when Japanese honorifics and polite language are used to their full extent.

At my company, we use polite Japanese among coworkers. It might be the company rule I struggled with the most. Even after 3 years I am still not completely used to keigo, and a few things remain I just don’t get right.

For those planning to work in a Japanese environment, I can only recommend investing some time to study honorific and humble Japanese early on. It will make things easier for you at work and it gives you an advantage at job interviews.

Japanese staff always sees you off politely. Too politely, I might add. I used to feel uncomfortable at shops when someone would carry my bag to the door or when my hairdresser would bow until I disappeared from sight. However, this is just another part of good business etiquette in Japan and I got used to it.

In my home country, we have a hierarchical work environment that is similar to Japan and also values good business manners. Nevertheless, regulations are far less detailed compared to Japan. There are no rules for how to ride the elevator or where one is allowed to sit in a meeting room. In Japan though, hierarchy and space are correlated in the concepts of 上座 (かみざ) and 下座 (げざ). Understanding them is essential and not behaving accordingly can offend a business contact.

Of course, only because these rules exist doesn’t mean that all Japanese follow them all the time 100%, they do not. Still, compared to other countries I feel that the minimum level of politeness that is acceptable is just higher in Japan.
Similar to polite Japanese, learning business manners in advance will allow you to leave a good impression and avoid unintended mishaps during job interviews and when working in Japan.

Not only for engineers

I believe that learning about Japanese people and their way of thinking, the work, and the business etiquette, are important steps for anyone who plans to work in Japan.

These are my experiences and regrets. Instead of learning from your mistakes as I did, look things up early on so you find the right company for you and can focus on your career. If you are already doing that, then you are on the best way to a bright future.

Thoughts on Success in Japan
English Level still low even among IT Staff in J...
Complete Guide to Nomikai
An Engineer’s Glimpse into the Japanese Work Cul...
Share
experiencesITmanners

From Daegu to Tokyo. I came to Japan because of the better working environment for female engineers. Now I wouldn't want to be anywhere else. Japan feels so much like home that recently I started taking trips abroad.

Guide to getting your Internet plan for Japan
Japanese Typing Test – Unannounced at the Jo...
An Engineer’s Glimpse into the Japanese Work Cultu...
How to get a Job in Japan from India
Web Development and On-The-Job-Training in Japan

An Engineer’s Glimpse into the Japanese Work Cultu...
Engineering Internships in Japan
Hanabi Festival- what’s special about Japane...
Complete Guide to Nomikai
Train delays in Japan and how to deal with them