Thoughts on Success in Japan 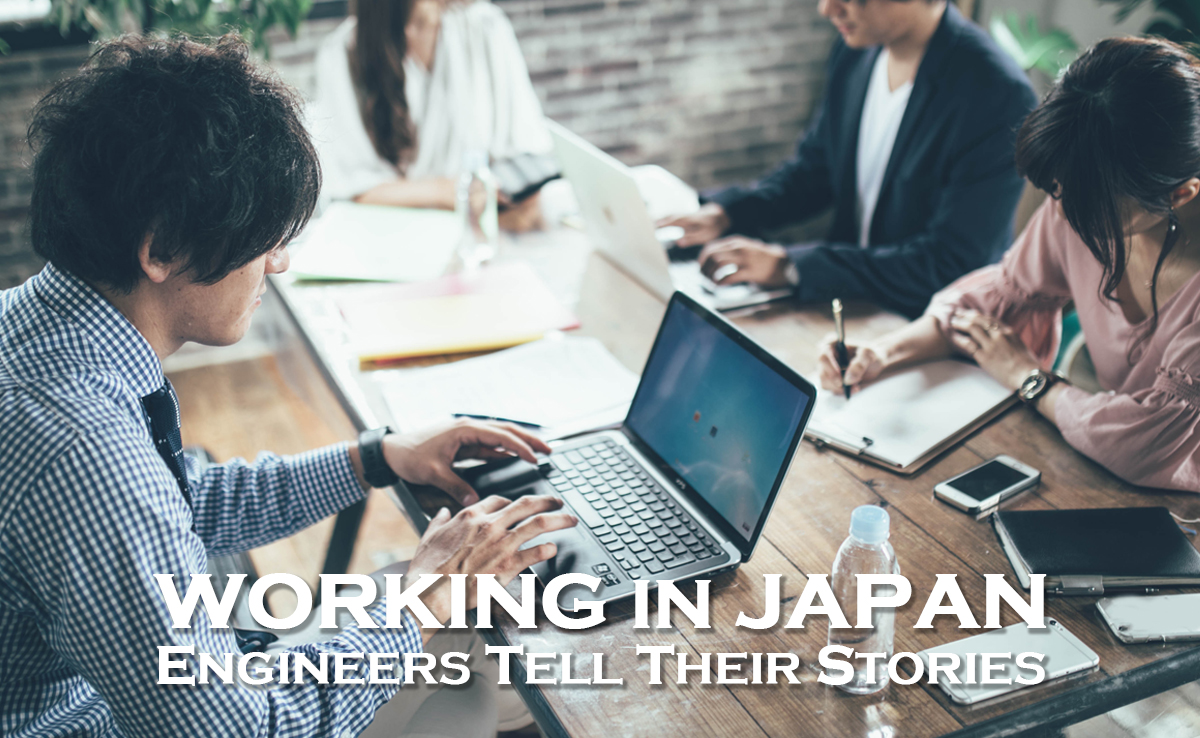 How coming to Japan changed the way one engineer thinks about success, innovation, and what he wants to achieve at work.

I’ve been working as Engineer in Japan for 5 years now. I joined my current company right after graduation and am now in the position of project leader.

I like working as engineer, it’s fun. At the same time I don’t think it is the most suitable job for me. Actually I never really thought deeply about what it means to be working as an engineer in Japan.

How I got here

The reason I decided to work in Japan was that I thought it would be great if I can tell everyone that I have been working abroad. Japan also seemed like a reasonable choice, since the grammar is similar to Korean and Japanese is easy to learn. I really didn’t think too hard about it, the opportunity to work in Japan arose and I took it.

Even now I’m often going with the flow, even though people around me keep telling me that I should set clear goals to pursue for myself. Personally though, every day for me is fulfilling, and to encounter many opportunities I think flexibility is important, so you won’t see me making bullet lists and tracking sheets anytime soon.

What I did do though, was to make a rough career plan after I started working in Japan. To do so I looked at successful engineers from around the world.

This is the career plan I came up with:

However, while working at my Japanese company, I began to learn more about the industry and realized that I needed to make some changes to my initial career plan and attitude.

Seeing that it was naïve to think that I could succeed in earning money and fame only focusing on the technological side, I decided to adapt. Instead of becoming a successful engineer, I now aim to be a successful businessman who is an engineer.

Many Japanese companies are “rank-driven” organizations. Managers have the power to make decisions. Sometimes it even happens that people assume that you are not capable if you are not in some form of leadership position in your company, than you must not be particularly capable at your job. This was how I first experienced the culture of evaluating people’s performance based on their titles.

I made getting promoted my primary goal.

From my experience there are two main factors for Japanese companies when promoting someone.

Now engineers are not exactly making money, but more on a company’s cost side, so meeting the above conditions can be tricky.

As an engineer it is easy to overestimate oneself thinking “even though I have so many skills, why does the company not appreciate them accordingly”. The reason for this gap between what one thinks to be worth and what the company thinks one is worth usually lies in skills that don’t match the needs of the company or industry, skills that can be easily replaced even if you quit tomorrow, or not standardized skills.

Even though I had great hard and soft skills such as engineering, management, and communication, I noticed that these were not what I was being evaluated on, so I adjusted the way I went about my work.

At regular companies, engineers concern themselves mostly with how to make something, but to generate innovation and profits one has to think about what to make.

Looking at the development of the industry, what is needed is software and services that help solve problems. Therefore, engineers need to think about both, what to make and how to make it.

I think the key to this is an open mind to notice and act on new opportunities that present themselves.

It is hard to come up with what to do and how to do it from nothing. Sometimes it is the fault of the environment, when the companies are not encouraging their employees to think for themselves.

I was lucky in that I met many like-minded people at my company with whom I could think together about what and how to make it. It really propelled the planning and thinking process forward.

When understanding and agreeing with what the company is making and how they are making it, one can grasp the business strategy and work in a way to support it. This is different from simply doing the tasks one is assigned.

The two keywords here are 使命感 (しめいかん), a sense of mission, and 当事者意識 (とうじしゃいしき), the awareness of being a key player.

They are not limited to engineers. If one starts contributing everything one can, trust will follow naturally. By being actively involved one can gain various new experiences which someone just doing what they are told, won’t get. With this trust and involvement, it should only be a matter of time until one becomes a key person in one’s team, department, and company.

Think of the whole process as training. Instead of waiting for someone to notice and appreciate you, go, create, and take opportunities by yourself.

By realizing my own idea of ‘what to make and how to make it’ at my current company, I am creating a stepping stone for my goal of having my own business or enterprise in the future.

Writing this I realized, that what I experienced isn’t limited to Japan, but probably applies to any company across the world.

Looking at the media and the engineer community, it seems that not the talented engineers, but overwhelmingly good businessmen who happen to be engineers are the ones who set the standards of success. The key to gaining the wealth and fame many engineers, me included, dream of, must lie in being a businessman who thinks about the “what” first.

By thinking of my job as an engineer only in terms of the “how”, development and programming, I noticed that I was limiting my own possibilities of what I could achieve.

I am still at the beginning of my career as an engineer, but I can see the path ahead and will keep working toward my goal.

A Workday in the Life of an Engineer in Japan
English Level still low even among IT Staff in J...
Female Engineers in Japan
3 Essentials for a Successful Career in Japan
Share
ITReal Japanworking condition

Laid back Tokyoite. Find me at an izakaya with my friends talking about AI and parachuting.

English Level still low even among IT Staff in Jap...
Useful Qualifications for Getting a Job in Japan
Useful items for Job Search in Japan
Five reasons for using an electronic dictionary in...
Guide to Internships in Japan