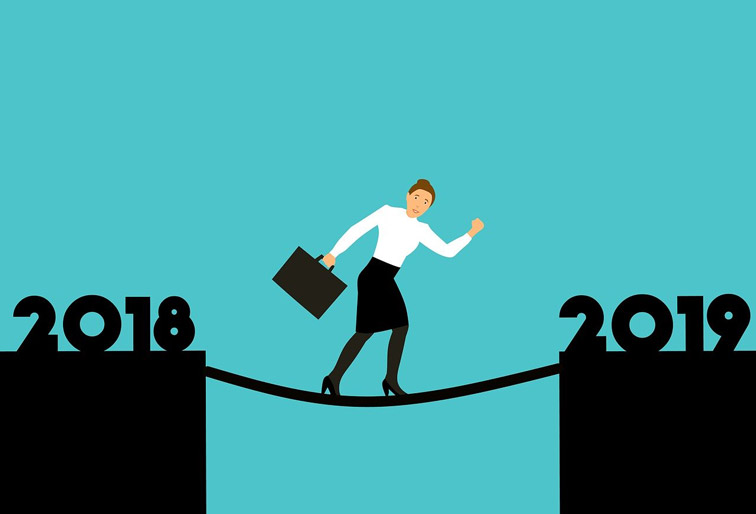 This year it seemed that ‘mobility’ was the term of the hour since many companies in the top 10 have something to do with transportation.

The most popular company among Japanese students entering the job market in 2019 is Japan Airlines. JAL offers both passenger and commercial flights and is the second largest Japanese commercial airline.

While JAL expects high English skills even from their Japanese staff, they seem to recruit most of their foreign workforce locally, in the respective countries.

In second place is Itochu, a general trading company. They specialize in textiles, machinery, metal, energy, chemicals, food, housing, as well as information and finance.

Itochu participates at various bilingual job fairs, so give them a visit if you are interested and have a good command of Japanese.

All Nippon Airways (ANA) is the second Japanese airline to make it to the top of this list. With various subsidiary passenger carriers, ANA is the largest Japanese airline.

ANA also actively hires foreigners at various career fairs. While they do accept applications later in the year, be aware that some positions may already be filled.

Coming in fourth, is the financial service provider Mitsubishi UFJ Financial Group. MUFG is the largest financial group in Japan, owning multiple banks in Japan and abroad, as well as a variety of financial services.

As a company that is active around the globe, they promise career opportunities on a global stage. In line with this statement, they also hold company seminars for foreigners, but seem to focus on people with previous work experience.

That the multinational car manufacturer Toyota is also very popular among Japanese graduates, does not come as a surprise. Known as the global market leader in hybrid electric vehicles, Toyota seems to be an interesting choice for foreigners too.

Toyota also hires foreigners, as long as they can bring the necessary skills.

More familiar as another Japanese car brand, behind Mitsubishi, the car manufacturer, stands Japan’s largest trading company, dealing in a variety of sectors, including banking and finance, machinery, energy, chemicals and food.

Same as their financial branch, MUFG (number four on this list), Mitsubishi’s trading company also hires foreigners. Considering the needs of foreign graduates, they offer a separate recruitment process, that is held later than the one for Japanese candidates.

Suntory, an old Japanese brewing and distilling company, has kept up with the flow of time and expanded not only its brand, but also its appeal to new graduates. Originally focused on alcoholic beverages, nowadays you can also find their soft drinks everywhere in Japanese supermarkets and vending machines.

Suntory also hires foreign graduates, and unlike most other companies you can even apply from abroad.

Overseeing a variety of subsidiaries abroad, Tokyo Marine Nichido allows candidates to choose between a skills-based course and a “Global Course.” They are looking to hire foreigners who can bring in new perspectives and insights.

With all the care Japanese people put into their looks, a cosmetic brand also makes it into the top ten. One of the oldest companies of its kind in the world, now Shiseido has many subsidiaries abroad and turned into the fifth largest cosmetics player in the world.

Shiseido accepts foreign applicants who are in Japan and who are willing to go through the same application process as Japanese candidates.

Possibly a surprise candidate, the East Japan Railway Company, serving the Kanto and Tohoku areas, also made the list.

JR East hires foreign graduates from Japanese universities. The recruitment process and requirements seem to be the same for Japanese nationals and foreigners.

Not under the top ten but close are Sony, ranking 11th, as well as Accenture on place 13, which makes it the first foreign company on the list.

For the newest company ranking read on here.

You want to Work in Japan? 5 Steps to make it happ...
3 Essentials for a Successful Career in Japan
Taxes and Insurance when Working in Japan
3 Business Manga to Get Ready for Work-Life in Jap...
Storage for Hands-free Travel throughout Japan