How to Get Off the Beaten Path in Japan 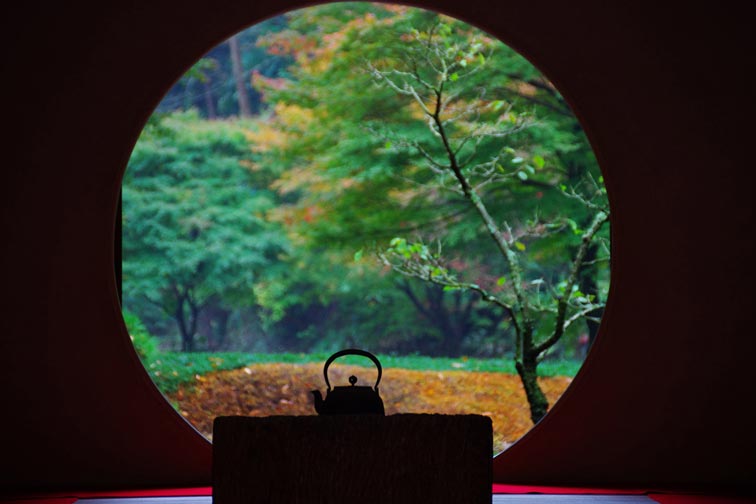 In the age of mass tourism, going off the beaten path comes with the promise of truly unique experiences. To get to them while living in Japan, an adjustment of perspective and some goal-setting becomes necessary. This article gives you some tips on how to craft a non-touristy travel schedule.

The blessing and curse of tourism

Many places around the world are profiting from rising international tourism. Japan is no exception. After the shock of the Fukushima disaster in 2011 faded, the number of tourists coming to Japan has been steadily increasing, reaching new all-time highs every year.

This development has mostly led to improved travel experiences for international visitors. Information in English is more readily available, making it easier to get around without any Japanese knowledge, and the number of places accessible to foreigners has increased.

However, for many who choose to come to Japan long-term from overseas, in addition to accumulating work experience, being able to “experience the real Japan” is a major draw. Once you’re living here, you’re no longer bound by your carefully planned travel schedule. You’re able to behave just like a local, doing things that a tourist would never do because they’re too time-inefficient.

On the other hand (and almost paradoxically), the amount of time available for travel also becomes a big factor. Most of the time, opportunities for bigger trips will be limited to the three main holiday seasons – Golden Week, Obon and New Year’s. The thing is: Everyone in Japan is traveling during those holidays (except for maybe New Year’s). No matter where you go, crowds and lines seem almost inescapable.

In short, the task becomes about finding places that make you feel like you’re experiencing a side of Japan that you either like or haven’t seen before and that you don’t have to share with masses of other travelers at the same time. As it turns out, this can prove to be quite difficult.

The search for authenticity

However, if you think about it, that concept is a bit shaky. If you go by the above definition, even a traditional Japanese hotel with a long history wouldn’t be authentic because it’s intended solely for visitors. Moreover, without a certain amount of infrastructure intended for potential guests, many interesting places wouldn’t be reachable for travelers in the first place.

So, what makes you feel like you’ve gone off the beaten path? 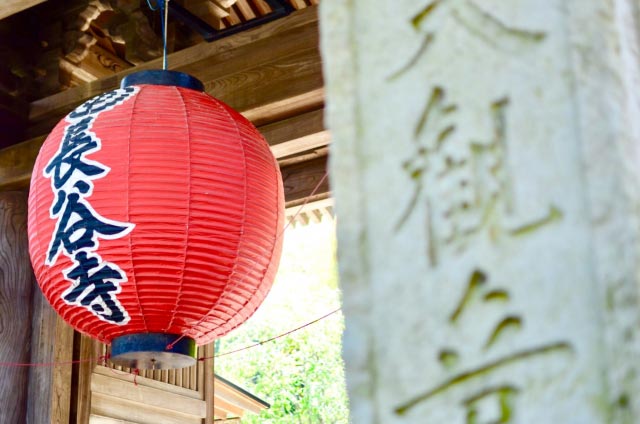 What makes an experience non-touristy?

Places not visited by others

First, of course, is the number of other travelers you’re going to encounter. If there are few other tourists, the feeling of having discovered a truly unique place will be stronger. But finding hidden places is only fun if the places are interesting. Otherwise, you’re just in a boring place with nothing to do.

The sweet spot here, of course, is right in the middle. You’re searching for a place that has something unique to offer without being overrun by other travelers. The Japanese word for places like that is anaba (穴場, あなば), meaning “a good place not many people know about” (let’s call it “niche place” for short).

The easiest way to search for those spots in Japanese is, well, simply googling “[area] 穴場”. You will find lots of lists with more or less “nichey” places. You can use this method even if you don’t know much Japanese by finding/determining the name of the location and copy-pasting it into Google Maps.

Be aware though that since each person’s definition of anaba is different, some spots on these lists may still be pretty touristy, especially during the main seasons. For example, one list about lesser-known places in Kanagawa that I looked at featured Yokohama’s Osanbashi Pier, which I wouldn’t exactly call an anaba.

Places that matter to you

Another element that makes an experience less touristy is personal involvement. If you choose the places you go to based on something else other than “good looks”, chances are you’ll feel less like you’re just running around in a tourist trap, even if the place you end up going to is fairly commercialized and there are other tourists around.

An often-cited reason why people want to come to Japan is that they “love the culture”, but remaining on the surface level will only get you so far. By defining what that means to you on a more personal level is bound to enhance your travel experience.

Finally, another tip that you see often is “talking to the locals”. Certainly, you could say that making new acquaintances and friends by talking to people that aren’t bent on selling you anything is the best way to truly get a unique travel experience.

However, not everyone is extroverted or charismatic enough to simply go to the next bar and start talking to strangers (I’m certainly not). Also, especially if you are in a place that is regularly visited by tourists, the locals may not be all that eager to share their life stories with one random person from a mass of thousands of visitors.

Because of this, the human interactions you’ll have on a trip are almost impossible to plan for. But in general, thinking on a smaller scale will increase the odds of meeting someone truly interested in you. 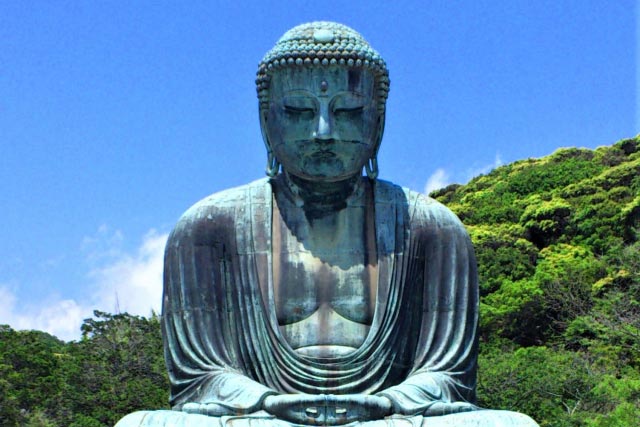 How to find hidden spots

Decide on a theme

The narrower your focus is, the easier it is to find places not everyone is going to. Especially if you’re staying here long-term, you have the luxury to be able to take your time. Make a list of things you like or are interested in beforehand, and when the holiday season comes along, pick one thing from it and use that as the base for your next trip.

Kamakura, for example, is a very popular destination for day trips because of its proximity to Tokyo and its status as both a seaside town and a place with a rich cultural heritage. If you’re here for a year or longer, you don’t have to see everything at once. Instead of choosing the basic route (Great Buddha, then Enoshima), you could decide to focus on the cities’ temples, which would automatically lead you to some less-frequented places.

For research purposes, Twitter can be a valuable resource. If you like hot springs (like me), you may want to follow people like this user here that constantly post about smaller places. Once you’ve found one person, it’s easy to snowball from there. Just look at their followers or accounts of people they are retweeting.

If there are some anime, dorama or Japanese movies that you enjoyed watching, you could do a pilgrimage (聖地巡礼, せいちじゅんれい), that is, go visit the shooting or model locations for the film/show backdrops.
Searching for the name of the show and 舞台 (ぶたい) or ロケ地 (ロケち) will often result in the information you’re looking for.

If you want to stay in Tokyo, museums and exhibitions are another good option. There are lots of places for rather niche interests such as:
■ Printing Museum
■ Kigumi (wooden framework) Museum
■ Tokyo Ad Museum
■ Currency Museum.

A personal recommendation is the A.C.T. (Artcomplex Center of Tokyo) not far from the Shinjuku Gyoen National Garden. Another good place to look for (art) exhibitions of all kinds is Tokyo Art Beat.

Bigger is not always better. All over Japan, there are towns and communities (most often in the countryside) that are struggling to keep afloat. The accommodation and attractions there might not be the “best of the best”, but the people tend to be very friendly and eager to tell you about their town and local culture.

Mass tourism is often looked at in a negative light because of its potential to harm local communities. However, on a smaller scale, its effects can very much be beneficial.

To get in touch with the locals, you don’t have to head straight into the next bar and try to talk to the people there. Instead, try looking for local offers like guided tours or workshops.

If you don’t know much Japanese, it may be a bit difficult finding suitable offers in the countryside, but there are some options (like this one here).

Leave room in your schedule

When I went on a trip to Kyushu a few years ago, I booked a hotel room in Kumamoto for four days for some reason. Once I got there and had seen the castle and went up Mount Aso (in the thickest fog imaginable, didn’t see a thing), I quickly realized that I had overestimated the amount of time to spend in the city – there simply wasn’t anything else to do. Or was there?

I looked around the city and stumbled across the former Residence of Lafcadio Hearn, a 19th-century collector of Japanese ghost stories and legends. There was a small exhibition there.

I had always been interested in Japanese folk tales, so learning about him was pretty interesting. I went on to visit the school he taught at as well as the former residences of Natsume Soseki and L.L. Janes, two other old Meiji-era buildings in the city. At the latter, I met a woman who, after telling me all sorts of stuff about Kumamoto’s history, ended up treating me to a Ramen lunch.

We tend to think in terms of efficiency, especially when vacation time is limited. There’s this kind of pressure that you can’t let the time go to waste, that you have to experience something amazing, something truly unique. But there are always things that you can’t plan for, and to allow them to happen, you have to leave some time open.

Job Application Guide
How to Get Along with Your Japanese Boss
Remembering Kanji – Four Methods Compared
The 5 most important everyday expressions at the o...
An Engineer’s Glimpse into the Japanese Work Cultu...