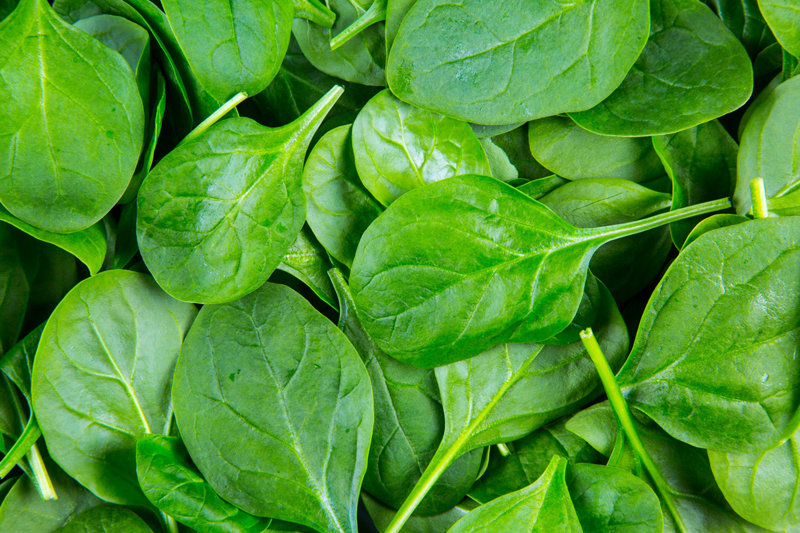 Japanese business culture places high importance on teamwork. And for effective teamwork, communication is essential. Hourensou is the Japanese recipe for ensuring fluent communication between team members. It’s also the key to gain trust from your Japanese managers and coworkers. In this article, we introduce you to the concept and its practical applications.

But first: What does Hourensou mean anyway?
If you’ve been to a Japanese supermarket before, you might be thinking of ほうれん草 (spinach). But the leaves in the picture above are not the topic of this article (sorry, Popeye).

In Japanese, Hourensou is written as . It’s an acronym and stands for:

These three are the ABC of office communication in Japan. They’re seen as both a method for communication and a problem-solving system and have been repeated in a mantra-like fashion since Japan reached the peak of its economic power.

The concept is said to have been developed around 1982 by the CEO of a securities company. Picture a finance guy on a rainy Sunday, taking a bath and coming up with a concept to shape employees lives for the next decades. Back then it was almost revolutionary, as it strengthened the interaction between superiors and subordinates and the company as a whole.

Let’s jump right in and see what exactly he came up with.

The first step is 報告 – reporting frequently.
Someone gave you a task to do or you are working on a project? Then your common sense probably tells you that once you finished that task, you report back to the person who assigned you and let them know about the results.

But don’t stop there. Japan is process oriented. The results matter of course, but the way to the desired outcome is just as important.
So, make sure to give your bosses regular status updates. Depending on the task, that might be daily, or once an hour. The idea is that you don’t make your team members worry about your progress, but actively share before anyone needs to ask.

This can be essential in projects, where your delay might cause someone else’s work to get pushed back. By simply knowing that you reliably report your status, you can put your coworkers at ease, so they don’t spend their time wondering and worrying. Best assume that if someone asks you about a status, you didn’t report enough.
Reporting can be done verbally or in text form, each company has its own rules about the form and frequency.

連絡 – Keeping everyone in the loop. Accurately translated as “contacting,” the meaning here is closer to “keeping everyone informed”. Since only reporting the results and progress to your boss isn’t enough to keep the team up to date, share information not only upwards but also to all other members of your team or your department.

The point is to share knowledge, discover mistakes or misunderstandings early on, and keep the whole group together as a team. It also facilitates smooth transitions when passing on tasks or jointly working on a project.

Even small things are worthy to be shared. You are running late for a meeting? You encountered a problem in one of your tasks? You received a good result? You changed your workflow? You are starting a new project and need someone’s help? You read an article that might be relevant to your department’s projects in some way?

Don’t keep work-related things to yourself, but share them freely with your coworkers! Depending on the content it could be in person, by mail or even at the morning meeting in front of everyone.

相談 – Consult about your progress with your boss or co-workers and ask for help when needed.
When I started, I was told that the answer to every problem I cannot solve on my own within 15 min is to consult with my supervisor. This collective decision-making and collaborative working style really is deeply ingrained in Japan.

We might think that if we encounter a minor problem, we just fix it ourselves and continue with our work.
Japanese people might not perceive this as positively independent behavior but as a potential risk. If everyone deals with their problems without reporting, the company doesn’t know about what issues are occurring, be they workflow, or device related. Thus they cannot take any actions to mitigate further occurrences.

Think about it this way, in America, you would usually get a task with specifics to follow from your boss, you then proceed to work on said task based on your own judgment and hand in the result.
In Japan, you are more likely to receive somewhat vague tasks. You will then think about it, and inquire about details and requirements. You will repeat this process of asking for confirmation on a regular basis.
The final result will be a cooperative effort between you and your boss, who keeps checking what you come up with, creates space for the exchange of ideas and gives advice.

You might experience ほうれんそう as micromanagement. The Japanese are aware of this sentiment, but honestly they don’t care. You are in Japan and expected to play by their rules. A reasonable request. If a Japanese person started to work in your country, you would also expect them to conform to the local rules.

On the plus side, Japan’s intense reporting will help you in two ways.
First, asking questions will become a lot easier. Especially when faced with a language barrier, not wanting to stand out like a sore thumb for not understanding something can be uncomfortable. In this case, the system of frequent contact and confirmation makes it easy to ask questions or approach coworkers when you are unsure about something. They will appreciate you confirming things and asking for advice.

Second, it is easier to report mistakes. The reason is the same as above, because of frequent communication, approaching someone when things did not go as planned is also easier. Plus, if you do this religiously, you will barely ever have big mistakes to apologize for, because with regular consulting small deviations will be noticed and can be corrected quickly.

New Alternatives for the future?

Recently, some trends started leading to new forms of or “information sharing.”
One of them is to change 報連相 to , consisting of the familiar reporting （報告）and informing (連絡), but with confirmation () instead of consultation（相談. The idea is to foster more independent thinking and actions among employees.

Another approach is to get rid of 報連相 altogether and to adopt a more American model. Many people who know both systems feel finding a balance between both the American and Japanese approach, to be ideal.

Though things are changing, at the moment 報連相 is still deeply rooted in everyone’s mind and will keep shaping the Japanese work life for some time to come.
Therefore, I’d recommend accepting that it is a part of this country’s way to do business, and accept it in the same as taking off your shoes when entering an apartment, or eating rice with almost every meal.

A parable of sorts

For everyone who isn’t yet convinced and thinks the Japanese system is just unnecessarily inefficient, allow me to take you on a little detour.
Unfortunately, I don’t remember the exact study anymore, but in one of my classes at university, we talked about work structures and efficiency, comparing American, German and Japanese car manufacturers.

An American and a Japanese set out to build a car. Both are convinced that their way to do things is superior.

The American has an idea, and starts right away and keeps on going until he runs into a problem at which point, he tries to fix it and revises his plan until he can proceed again. He will repeat this step every time a problem occurs.
While working he thinks: “I have experienced some setbacks, but thanks to my quick decision-making surely I will be done way before the Japanese.”

The Japanese develops his idea, will consult with others, make detailed plans, triple check everything and then starts working on the car. He, too, will need to change his plans and fix some things, but focuses on noticing problems early and keeps consulting and revising every step of the way.
While proceeding according to his plans, he thinks: “Thanks to my thorough preparation and team-work, we were able to plan the project from start to finish and encountered only minor issues. Surely, I will finish before the American guy who’s charging headless into the task”.

The moral of the story: they both finish at the same time.
In the original study, a German team taking a middle approach didn’t perform any better.
The Japanese way might seem inefficient, but it avoids time-consuming problems and unexpected costs further down the road, which is why many Japanese companies hold on to this tightly knit communication system.

By now I’ve been doing 報連相 for some time, and think I mostly get it right. When I started working though I often wondered about whether I ought to report and consult about this or that task. Back then my boss told us: “If you are not sure whether to report, as soon as you think this might be something to report – do it!”

How is your experience with 報連相 and office interactions? Do you see it as a part of Japanese culture that’s helpful to you or do you feel it is outdated?
Please share your thoughts!

How to Write Your Japanese Resume (Rirekisho)
10 Japanese words for busy work situations
Job Hunt in Japan: A Professional’s Perspect...
A Workday in the Life of an Engineer in Japan
Specified Skilled Worker Visa – Door to Japa...