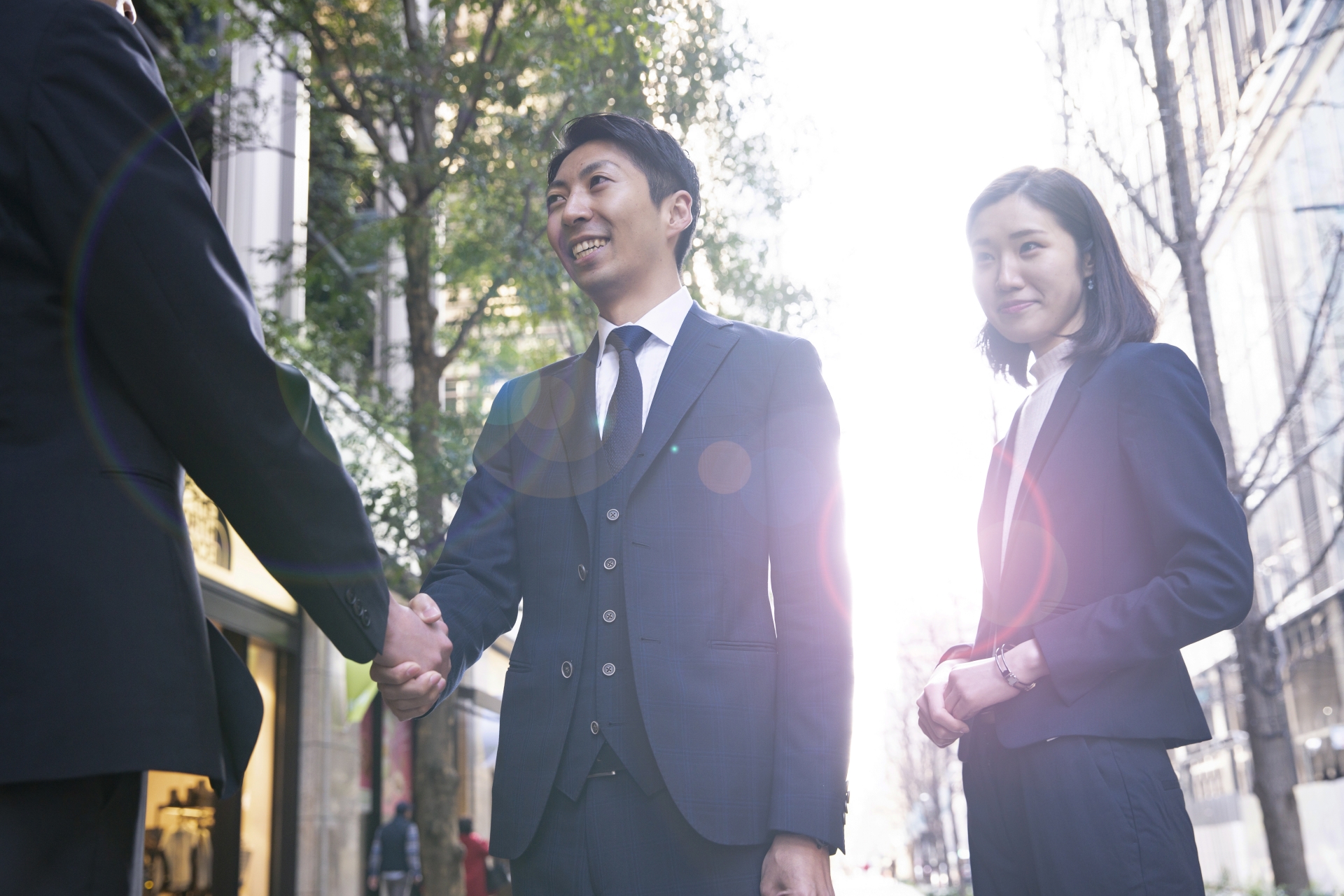 What should you say to greet Japanese colleagues at the office? Let’s take a look at the proper Japanese business greetings and the right time to use them.

I pretty much grew up watching Japanese drama and imagined work life in Japan to be exactly like Japanese drama. Turns out I wasn’t that far off. (Try checking out some series and really look for clues about life in Japanese offices.) Let’s look at those business greetings!

1. First thing in the morning「おはようございます」

As you probably know already, saying hi in a very polite way is a big part of Japanese working culture. And the first thing you need to learn is 「おはようございます！」, which means “good morning” in a polite way.
As it is the first time greeting your co-workers that day, say 「おはようございます！」with a smile to everyone you see in the hallway or elevator, even before walking into the office.

Talking about elevators, besides from saying good morning to everyone, as the youngest one in the office, it is considered good manners to enter the elevator first and play lift boy for your coworkers, until you reach your own floor.

And of course, after walking into the office, you are going to say「おはようございます！」 to everyone who is already in the office again! Therefore, it’s pretty common to say and hear this word for more than 30+ times every single day!

In dramas, you see people stand up and get together every morning having a “meeting”. This is called 朝礼（ちょうれい）in Japanese. These morning meetings usually start with people reporting their schedule for the day to colleagues and bosses.
Important information is also shared with each other. At the end, the boss usually says「今日も一日頑張りましょう！」, which means “Let’s work hard today!”, to set the tension up and motivate everyone.

I saw in some dramas that people would do morning workout and yell out the “principles” of the company during these meetings in the morning. Unfortunately, we don’t have that in my company.

Yelling out the principles of the company is a bit rare but according to my Japanese coworkers there are still a lot of companies in Japan here people do some easy exercise before starting the day.

Another real tradition is that if someone new is joining the team, they will be introduced during 朝礼 on their first day. So be prepared to talk in front of everyone on your first day!

3. 「お疲れ様です」for the rest of the day

Throughout the entire day, people say お疲れ様です（おつかれさまです）whenever seeing people around the office.

I am pretty sure おつかれさまです is the most useful phrase in a Japanese work place.

The only time you don’t say 「お疲れ様です」is when facing visitors or clients. You would say「こんにちは」.
Sometimes rather than 「こんにちは」people say「いつもお世話になっております」to start a conversation when meeting the same person more than once.

Some small talk before the meeting officially starts is also common. (Small talk in Japan is not too different from other countries, basically some easy conversations about the weather or plans for the weekend.)

After the meeting comes the interesting part. When the clients are leaving the office, everyone would walk the clients to the elevator or main door. They will line up and say together「今日はありがとうございました！(thank you very much today)」while bowing 30~45 degree all together. 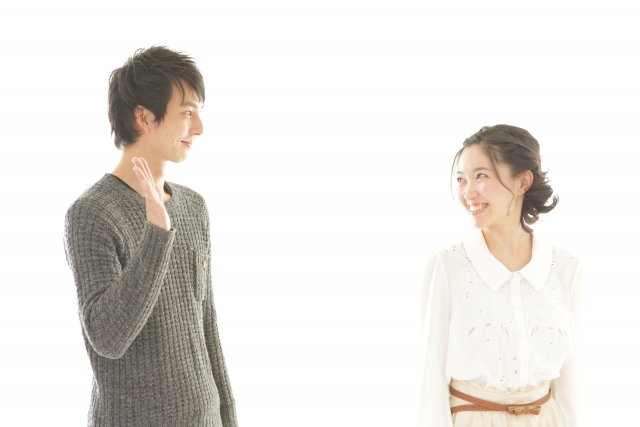 Right before you leave the company, you would say 「お先に失礼します」which means “sorry I am leaving first”. Follow it up with another 「お疲れ様です!」for good measure.

Foreigners often have the impression that people are not allowed to leave before their bosses working in Japan. That actually is not true anymore. It is totally fine to leave before your bosses as long as the job is done. But of course, there are still some traditional companies in Japan that do have this kind of culture.

This phenomenon is called 「体育会系」（sport style, たいいくかいけい）in Japanese. It is rooted in Japanese education practices. Just look at high school sports in Japan and you can see, that if you are a part of the sport team, you will do everything as a team. Listening to your upperclassmen is part of the deal, but the sense of pursuing a common goal and supporting each other is a central factor, that is perceived as positive by the participants. Put all this in a work context and you see people staying behind, helping out or otherwise trying to support busier team members.

I can’t deny that I do feel like Japanese people tend to work more overtime compared to other countries. (Many contract in Japan will state the expected hours of overtime already included in your monthly pay, often 20-40 hours.)

Remember these four business greetings and you will be fine, no matter the time of day or who you cross paths with.

If you want to “see” more about Japanese office life, consider trying some Japanese drama. Of course, some J-dramas are a bit exaggerated but the basic work flow and way of thinking are pretty much just like the reality!
So maybe next time you watch a drama, pay attention to all those background details that make the Japanese workplace come to life.

All of the drama below deal with various problems at the workplace that are seen as typical in Japan or world-wide. They also give some insight into the Japanese dialogue about these issues and illustrate that Japan is in fact changing a lot in recent years, with a lot of the stereotypical images not holding true anymore.
Most of all I hope you can just kick back and enjoy them! If you pay attention you may just hear the business greetings discussed above.

家が売るオンナ（Your home is MY BUSINESS）

A story about a talented real estate agent, who helps her customers with their problems while selling them houses.

This movie is about an overworked employee, who was saved when attempting to commit suicide and is trying to overcome his struggles.

This drama about a young woman explores various kinds of lingering harassments and the ongoing changes in the work place.

When to Say Thank You at the Japanese Office
Complete Guide to Nomikai
New Year’s Greetings at the Office
Hourensou: The Japanese Approach to Business Com...
Share
business japaneseoffice communication

Originally from Taiwan I went to university in Seattle. I always loved Japan, and am now using every free weekend to go on trips and learn more about country and people.

Average salaries for Young Professionals in Japan
Online Interviews in Japan
Read Long Texts in Japanese – Benefits of Ri...
Working as a Web Designer in Japan
How to Transfer Money To and From Japan

Guide to getting your Internet plan for Japan
Working as a Developer Without Speaking Japanese
Essential Japanese Office Vocabulary to fit right ...
How to get a Job in Japan from India
Gijiroku – Keeping track of meetings in Japanese