Black Companies: What they are and how to spot them 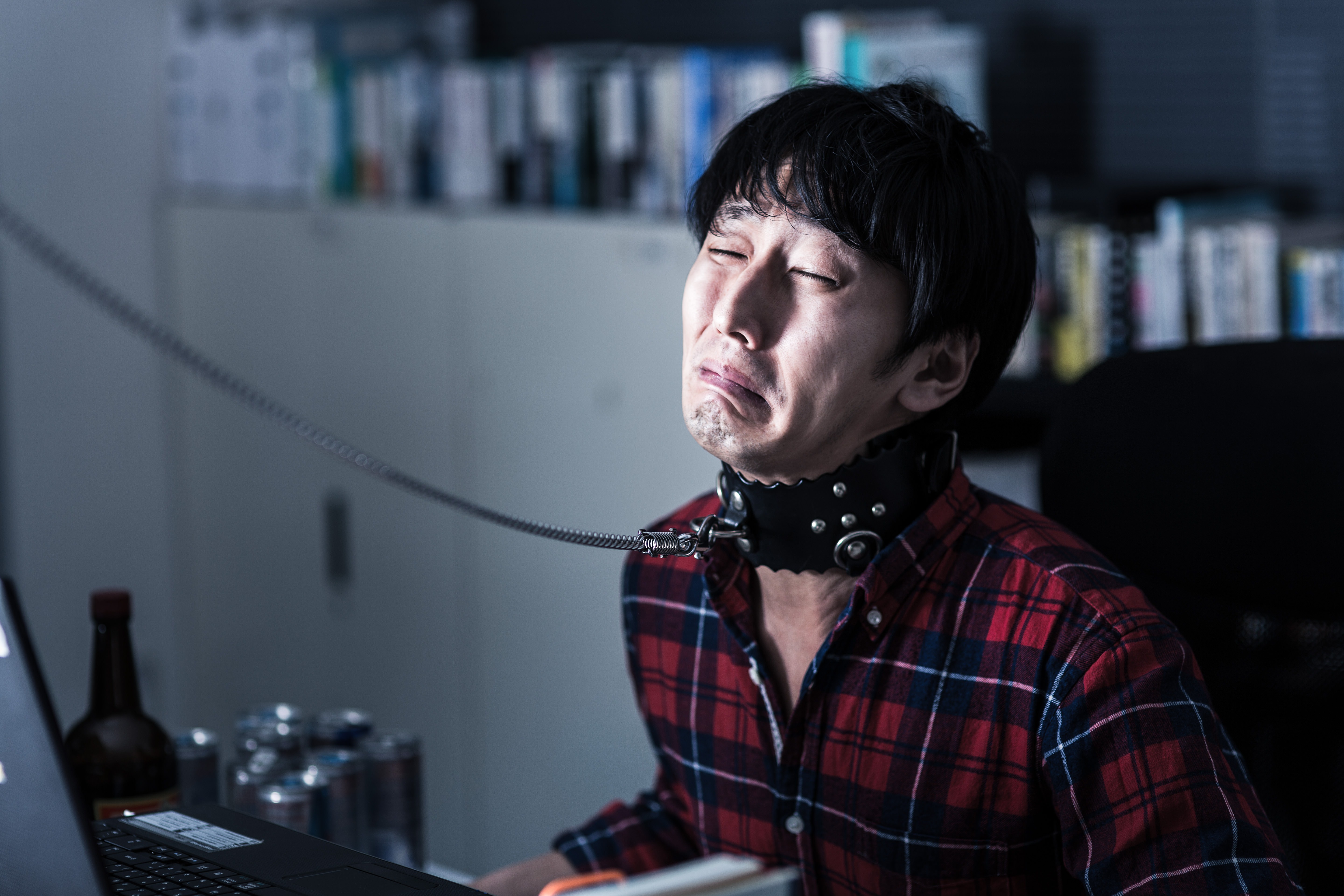 In Japan, Black Companies are infamous among job seekers for long work hours, bad pay and harsh rules. While they can be hard to identify, there are some things that you should keep an eye out for.

What is a Black Company?

“Black Company” (ブラック企業, ブラックきぎょう) is a Japanese umbrella term used for corporations with exploitative working conditions or toxic company culture. While the specific reasons for the use of this label depend on the company, the things most commonly associated with the term are:

All of these generalizations are grounded in reality to some degree. However, in the real world, it can be hard to tell if you’re dealing with a “black company” or not – especially before you join them. There are different degrees of transparency, and it’s not rare for quality-of-work or cultural divides to exist within the same company, e.g. between sections or departments.

Each year, an independent committee of lawyers, journalists, and NPO workers gives out the “Most Evil Corporation of the Year Awards” (ブラック企業大賞, ブラックきぎょうたいしょう). In 2016, the main award went to the advertising firm Dentsu. After an employee at the company had committed suicide due to overwork (過労自殺, かろうじさつ), it became clear that the preconditions that lead to the case were baked into the company’s system.

Dentsu shows up in the most recent lineup of “winners” from 2019 as well, dusting off a “special award”. The main award for that year, though, went to Melco Semiconductor Engineering, a company of the Mitsubishi Electric Group. The main reason was another suicide case, similar to Dentsu’s.

The Most Evil Corporation of the Year Awards usually feature big companies or employers. Other “winners” from 2019 were Rakuten, Seven-Eleven, Toyota and the entertainment conglomerate Yoshimoto Kogyo as well as the City of Nagasaki. Part of this may be due to the fact that bigger corporations are subject to a higher degree of public scrutiny, but it shows that the common assumption “big company = safe” isn’t necessarily true.

(Fun Fact: Since 2012, the “winners” are invited to an annual award ceremony. Naturally, no company that was ever invited has shown up yet.)

How to identify a Black Company

Below are some pointers that can help you evaluate whether you’re dealing with a “black company” or not. Note that these are only guidelines. In the end, you’ll have to decide for yourself, based on the sum of your observations and your intuition.

Companies always have to present themselves in the best possible way – and the hiring season is high-time for flowery phrases. Corporations love throwing around big words, hoping to appeal to the idealistic spirit of young college graduates. There are whole industries that are only able to thrive by preying on the passion of their “rank and file” employees.

When looking at job adverts or attending company seminars, pay attention to words like the ones below and how they are used.

How are these bad, you ask? Well, for example, a place that’s open to people with no previous experience can be a great opportunity to acquire new skills or work in a field that you wouldn’t have been able to get into otherwise. However, it can also be used as an excuse to talk employees into doing “service overtime” (with arguments like “you have no experience, so you have to work harder than everyone else”).

But of course, you can’t immediately rule out a company because it uses these words or phrases. What matters is the context and “the how”. Generally speaking, trustworthiness increases with higher levels of transparency. This is especially true when it comes to the answers given to questions from the applicants.

If a company representative’s speech hinges entirely on fluffy phrases like “seeing the happy faces of the customers” and offers little to no concrete information about everyday work, then you should be wary. Another warning sign is the excessive use of foreign loanwords that mask mundane tasks as grand undertakings with lots of responsibility.

While recruitment processes outside of Japan are usually short and sweet – letter and CV, an interview, that’s it – the same is not usually true for Japanese companies. Fresh-out-of-uni recruitment takes a long time, often featuring multiple company seminars, tests and interviews. If a company accepts applicants without much testing, it can be a sign that they need “cannon fodder.”

READ ON  Shuukatsu – How Japanese Students get their Jobs

In contrast to their Japanese peers, many international students don’t have much time for their job hunt. When the goal is to live in Japan and you only have a few months left, the temptation to accept an “easy” (or simply the first) job offer can be pretty high. However, if you don’t have an idea about why the company wants to hire you specifically, it’s a good idea to ask some follow-up questions and (if the answers sound overly vague) reconsider.

A lack of communication and further guidance after getting a job offer is another red flag. This is especially true for international students since you are most likely to return to your home country for a short while before starting to work in Japan.

An exemption to this rule are foreign companies (外資系, がいしけい) that “bring over” their home country’s hiring style and – to some degree – startups (ベンチャー).

According to data from the SANRO Research Institute, the average monthly pay for a fresh university graduate in 2019 (across all sectors) was ¥208,826. This means a yearly salary of around ¥2.5 million (plus a small bonus).

Of course, entry salaries differ depending on the sector, job position, type of company, etc. Always make sure to cross-check the proposed salary with pay offered by the competition.

Low salaries speak for themselves. Companies that aren’t even willing to pay the industry average usually are not valuing their employees enough. Stay clear of those places.

Then, there’s higher than usual pay. I might sound great at first, but don’t take it at face value. Higher numbers often mean that there’s some small print that, in the end, makes the salary less appealing than it first seems.

A common occurrence in work contracts is so-called fixed overtime (みなし残業, みなしざんぎょう or 固定残業, こていざんぎょう). In this case, the listed salary contains an amount of pre-assumed monthly overtime hours. If you accept these conditions, there will be strong expectations that you will stay at work longer than usual.

Fixed overtime doesn’t mean that you have to stay at the company for that many hours each month no matter what (fixed overtime pay will be included in your monthly salary whether or not you actually do those overtime hours). However, the higher your initial pay (and thus, the amount of assumed overtime hours) is, consistently leaving early can lead to unpleasant conflicts with higher-ups.

READ ON  Overtime Work in Japan

Also, pay attention if only annual pay is listed. Annual salary schemes (年俸制, ねんぽうせい) are legal but can hide specifics behind huge sums of money. If necessary, ask how much overtime is included in the salary, how high the monthly payments are compared to the boni, etc.

One relatively objective way of judging if a company is any good is looking at the job turnover rate (離職率, りしょくりつ). In Japan, this rate is usually expressed in the percentage of employees that have left the company within three years after joining. Japanese people still tend to stay at one company for a long time, so a high turnover rate is seen as a sign of bad working conditions.

Numbers from the Japanese Government indicate that the average job turnover rate for companies in Japan sits in the 30% range. As a result, any company with a rate of over 50% probably deserves a long, critical look. However, don’t forget to put the number in relation to the number of new hires. If a firm only hires three people on average per year, a rate of 66% doesn’t have to mean much.

In some cases, you can get access to these kinds of data through online job portals. However, since these sites are free for applicants, companies with bad rates aren’t likely to list theirs.

Another way to get a look at the numbers is the 就職四季報 (しゅうしょくしきほう), a yearly publication from the Toyo Keizai Newspaper that will cost you about ¥2000. It’s all in Japanese, but also includes some other helpful numbers like average income after X amount of years, the age range of employees, etc.

Another way to get an idea of a company’s work environment is to look at what former employees say about it. You can just google [company name] 評判 or browse portal sites such as Kaisha no Hyouban, openwork and Career Connection. Most of the portals are limited in one way or another, though. In most cases, you’ll have to create an account or pay a small amount of money for full access.

Also, keep in mind that company review portals don’t give you a completely unbiased perspective on things. Former employees that parted with their company on good terms or those that have been working there for years have fewer reasons to complain and are less likely to leave a review.

Not all black and white

Choosing a workplace is not easy, especially when it’s your first job in a foreign country. There is a general consensus about what the word “black company” means, but the concrete definition of the term varies from person to person. It can be difficult to draw the line between what you’re used to or comfortable with, the spectrum of (Japanese) normality and things that are deemed undesirable or unacceptable even in Japan.

While precautions might spare you from the worst of the worst, they can only take you so far. Try to get to know the companies you apply to as well as possible and get a clear image of what working there looks like (e.g. through internships and part-time jobs). If possible, get multiple job offers to ensure that your “ticket to Japan” doesn’t end up hinging on a sketchy job.

Want to work in Japan?

Japanese work and company culture is different from what you’re used to, so it can be difficult to tell whether the company you’re dealing is “safe” or not. To minimize the risk of ending up in a bad place, consider asking experts for advice.

Linguage Japanese Language school offers both long- and short-term courses that not only improve your Japanese, but also teach you everything you have to know about common business practices and how to find a company that suits you. Teachers and consultants guide you through your job hunt, look over the documents you prepare and help you with picking out the right places to apply to. Sounds interesting? Have a look at our in-depth article about the school or click the button below to directly visit the homepage!

Dresscode for Japanese Job Interviews – Re...
Jiko-PR: How to Sell Your Strengths in Japanese ...
Suits or no suits – What to wear for your ...
Visa Guide for Internships in Japan
Share

Chronicles of the Japanese recruitment system
How to stay safe during an earthquake
Cashless Payment Options in Japan
How to Get a Working visa in Japan without Univer...
Areas with Cheap Rent in Tokyo

Job Placement Service for IT Engineers
5 Japanese Podcasts for Immersion (JLPT Level N3+)
Yaaay: A new platform for finding your IT job in J...
Are you ready for Japanese aptitude tests?
5 Pillars of Japanese Manners