Jiko-PR: How to sell your strengths in Japanese 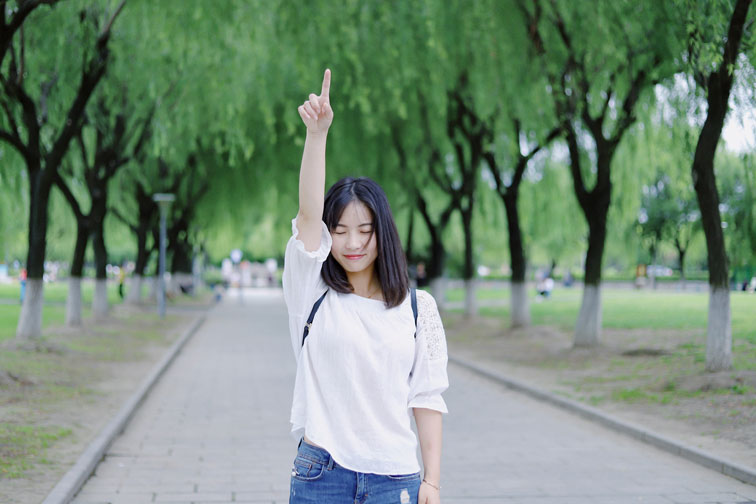 “Why should we hire you?” Many a job seeker has had problems with this question. In this article, we show you how to respond to it in Japanese, in a way that matches the expectations of Japanese companies.

Let me start with a personal anecdote. When I did my internship in Japan two years ago, I decided to use the opportunity of a longer stay to look for a job. In the end, two main candidates remained: A company from overseas with an office in Japan and a Japanese company.

The interview with the non-Japanese company came first. While the main office was in another country, every staff member I had interacted with up to that point had been Japanese. Naturally, I assumed that the interviewer would be Japanese too. I continued to prepare what I was going to say in Japanese, in a way that I thought was appropriate for a job interview in a Japanese context.

Culture influences the way how people think and talk about themselves as well as the standards they are evaluated on. The job search process is no exception. At the surface, things might not seem so different, but if you look deeper, some things can quickly send you on the wrong path. So now that we’re done with the introduction, let me talk about Jiko-PR.

Jiko-PR (自己PR, じこピーアール) is the part of a Japanese resume where you sell your strengths. The literal translation is “self-public relations”. The use of English is a bit wonky here, but the overall meaning is still clear. Just like a PR department creates a positive company image, “self-PR” is all about you presenting yourself as a desirable job candidate.

Jiko-PR often comes in tandem with the question about your motivation to join the company, although the two are separated from one another most of the time. In a “western-style” application, you would combine both in your cover letter. In Japan, there are separate boxes – so be sure to not get off-topic.

What Japanese companies are looking for 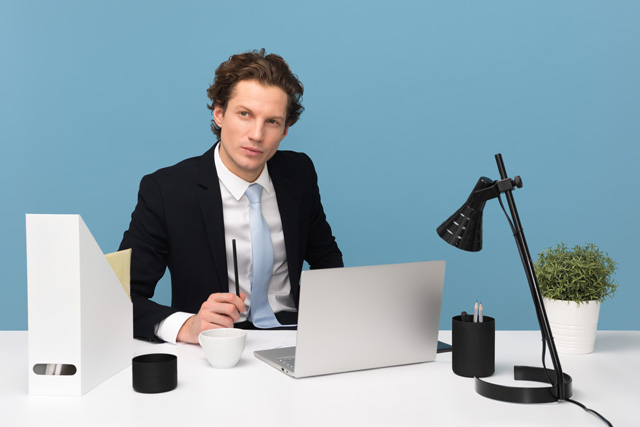 A phrase that shows up in many Japanese job offers – especially those for fresh university graduates – is “people with no experience are (also) welcome” (未経験者歓迎, みけいけんしゃかんげい).

I don’t remember ever seeing something like that in my home country. Even for entry-level jobs, there are usually pretty clear requirements, like having a degree in a certain field or having some work experience (which leads to the well-known problem of “I need a job to get experience, but I also need experience to get a job”).

Of course, there are places where you need a relevant degree, experience, or both – even in Japan. Examples are the medical sector, law, or anything that has to do with traditional engineering. On the other hand, fields like marketing, accounting, sales, and even IT (coding) are seen as something that anyone can excel in as long as they put their mind to it.

To make things short, this is how I would break it down:

Western Company: Wants a “one-man wonder” – a person with as many skills as possible that can do almost anything that is asked of them right from the start and generate results TODAY.

Japanese Company: Wants a person with a strong work ethic and loyalty as well as a determination to commit, learn and improve themselves, even if they have few technical skills in the beginning.

What you want VS what the company wants

If you’ve ever read about Japanese culture, you’re probably heard of the words tatemae (建前, たてまえ) and honne (本音, ほんね). They are sometimes talked up as one of those mysterious Japanese things that foreigners can never understand. But in reality, they just mean “what a person says” and “what they really think”, respectively.

Just as everywhere else in the world, the interaction of employer and potential employee is often a delicate dance of tatemae. Both sides try to look behind the mask the other person is putting up. And even if one side isn’t trying to put up a mask, there is always a feeling of constant doubt: “Is that what they really think? Can I trust them?”

Being asked to do Jiko-PR is an attempt to get a look at the “real you”. 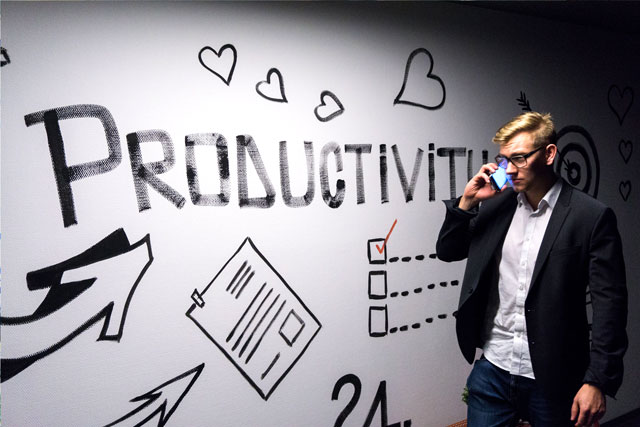 If you find it hard to think of something convincing, you’re not alone. A lot of Japanese students struggle with Jiko-PR as well. A common problem is that the texts end up sounding contrived – like you just made stuff up to impress the reader. Another pitfall is giving a safe, but boring and unoriginal answer.

As long as you’re able to provide a good reason for why you chose the company, the strengths you use for Jiko-PR don’t have to be directly related to your future job or the sector you’ll be working in. Remember that Japanese companies value potential and loyalty higher than skills when hiring fresh graduates or other candidates with no experience.

What you write should be precise and clear. Avoid making broad statements without backup. When in doubt, ramp down the number of strengths you list. One small, but well-defined strength is better than multiple big and vague ones. “Being precise” also means that the text shouldn’t be too long (around 400 characters max).

In the end, you should be able to connect the thing you’re boasting about with your motivation for application as well as something the company does as a business.

Below are some things that you could use to build your Jiko-PR.

Did you have a job or worked part-time in the recent past? Whatever it is you did, think about what kind of responsibilities your work entailed and how you acted to fulfill them. Even very basic things like “being attentive” or “never being late or sick” can be used as the base for an answer.

What matters most is to show that you have qualities that make you a good and responsible employee.

This could be anything from teaching yourself Python from scratch to studying for the JLPT.

Many employers couldn’t care less about the JLPT as a test, but will still highly value the effort put into acquiring it. Being able to say something like “I failed the N1 three times, but, with careful study, was finally able to pass it with a good score on my fourth try” shows exactly the kind of determination many Japanese HR people are looking for.

Talk about extracurricular activities or other personal pursuits – what you did and how you succeeded.

Many young Japanese think you need to have been the president of your university club or have some other kind of “leader experience” to impress HR. While it is seen a plus, it’s not something you need, so there’s no reason to awkwardly construct a scenario.

Instead, focus on your efforts and how you went about them, e.g. planning, scheduling, time investment, communication with others, goal-setting, etc. 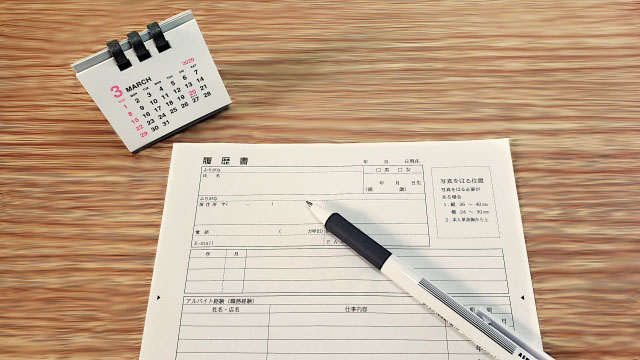 Ready to try it out? While you can always figure own your own approach, it can be helpful to follow a guideline at first. Below, you can find a free worksheet based on the class contents at Linguage Japanese Language School. To fully utilize it, it’s recommended to figure out your “central axis” – the through-line that connects all parts of your application – first. To find out how to do this, head over to this article.

Below is a short example for a Jiko-PR. If you didn’t grow up bilingually or studied something else than Japanese Studies in university, even getting to a level of fluency where you’re confident enough to apply to a Japanese company is quite a feat, so I used that as the base.

私の強みは、一度決めた目標を達成するまで粘り強く頑張り続けることです。
My strength is my ability to keep going persistently until I reach the goals that I set for myself.

日本への興味は昔からあったのですが、4年前に初めて旅行で行ってから、日本をもっと深く知りたいと強く思いました。
I have been interested in Japan since I was little, but when I first came here four years ago on a holiday trip, I strongly felt that I wanted get to know the country on a deeper level.

帰国してすぐ、それまでに０に近かった日本語力をあげるべく普段の学業の傍らに独学で勉強を始め、2年後に日本語能力試験の3級、そして去年2級に合格しました。
After returning home, I immediately started studying Japanese in my free time. After two years, I was able to pass the N3 level of the JLPT and the N2 level last year.

今は日本でインターンシップをしながら、自分の目標として掲げた1級にも合格できるように、勉強を続けています。
At the moment, I am continuing my studies while doing an internship in Japan to achieve my set goal – passing the N1 level.

御社が手掛けているWEBデザイン事業にも興味があるのですが、同じ粘り強さで業務と向き合い、目標達成・成果にこだわりたいと考えております。
As I am also interested in your company’s web design business, I want to face my tasks with the same level of tenacity and my goal- and results-oriented mindset.

Regardless of where you are, relevant skills, real experiences and concrete examples are the best way to sell your strengths to get a job.

However, Japan offers a somewhat broader approach where technical skills and certifications are not necessarily the main focus and “soft skills” (if they are backed up with believable information) can be just as important and often even the deciding factor.

Online guides are a good place to start, but ultimately, you’ll have to prepare something on your own. And without any experience, the biggest hurdle is telling whether what you have is convincing or not. Asking friends is one option, but if you want to prepare as well as possible, consider getting advice from experts.

Linguage Japanese Language school, located just a few minutes on foot away from Shinjuku station, offers both long- and short-term courses that combine Japanese education with job hunt support. At Linguage, you’ll be able to get direct feedback not only on your Jiko-PR, but also all other parts of your application. If you’re interested, check out our in-depth article about the school or click the button below to directly visit the homepage.

How to apply for a job in Japanese – Guide...
How to Job Hunt in Japan as a Foreigner
Shokumukeirekisho – How to write that othe...
Bilingual Job Fairs in Tokyo and Elsewhere 2021
Share
application documentsfind jobjob interview

How to prepare for the call from Human Resources
English Level still low even among IT Staff in Jap...
U-Turn and Relocation for a New Job
Japanese Industries Looking to Hire
Credit Cards in Japan and How to Get One