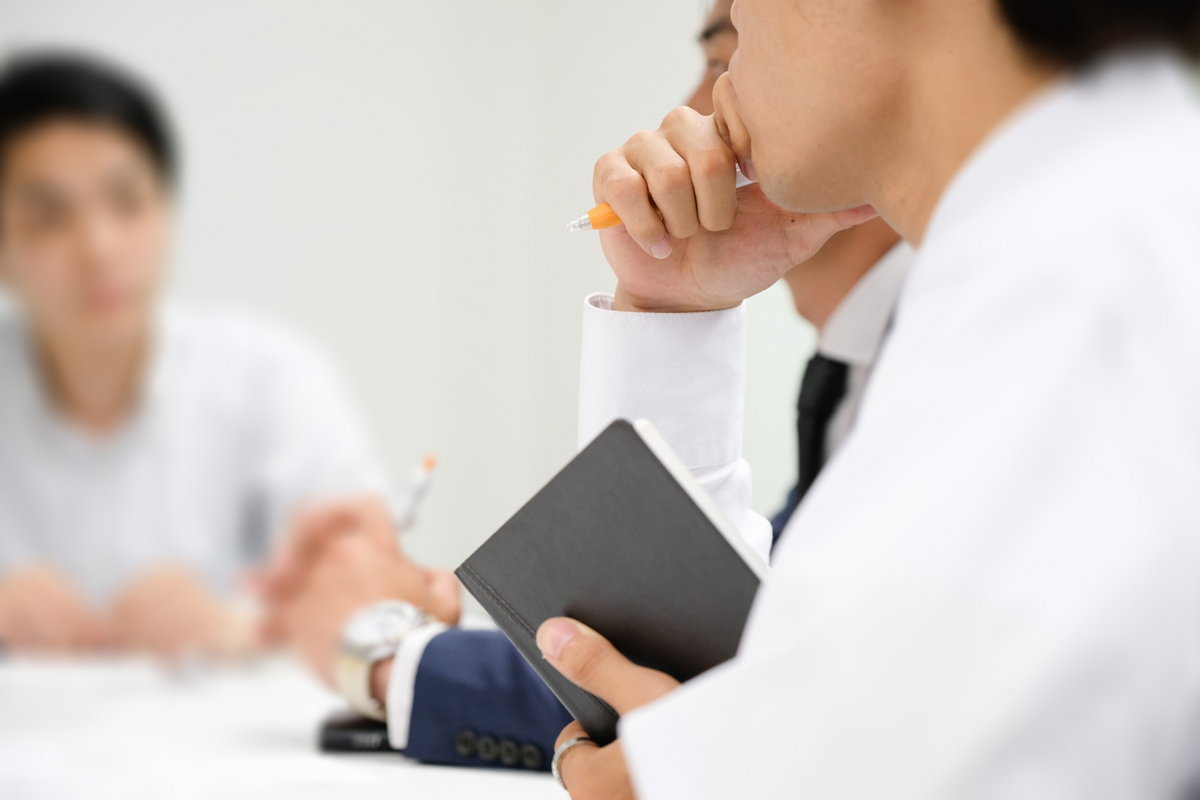 Group discussions are a common step in the Japanese recruitment process. To master them you need to know three things: the roles you can take, typical questions, and strategies about how to tackle each of them.

What are group discussions?

During group discussions, a problem or task, likely to occur at work, has to be solved in a team of typically 4-8 people. The interviewers will observe the opinion exchange and debate closely, and assess whether the group is successful in coming up with a conclusion.

The essential skills here are cooperativeness, creativity, and other soft skills that usually cannot be seen when judging only by documents and individual interviews. Group discussions allow companies to evaluate multiple students at once, making them popular in the early stages of the recruitment process.

As said above, group discussions during the recruitment process usually take place with 4-8 members, but there are only up 3-4 roles to fill in most cases: leader, timekeeper, and note-taker.

Within a short amount of time, the group has to go from exchanging ideas to formulating a unified conclusion. To make sure the debate stays on track a leader is chosen or takes over (first competition for the spotlight).

The leader is not supposed to make decisions, but his job is to create a productive and safe environment for the debate, and to make sure every member of the group has the opportunity to participate and is included in the decision-making process.

While this is the position that gets the most attention, it also has the highest chance of failure, if the leader cannot to bring everyone together to come to a collective conclusion, or if he is too quick in pushing a solution without really including the whole group in the process.

A role just as important as that of the leader, perfectly doable and often overlooked until the last minutes: the timekeeper. Having one ensures that all project stages are cleared on time to reach a conclusion before the buzzer goes off.

While participating in the discussion, the timekeeper must be careful not to be dragged in by heated debates, but stay cool-headed and firmly keep the discussion on schedule.
The difficulty of this position lies in fully engaging in the debate without losing sight of the bigger picture, a balancing act between engagement and observation.

Groups may or may not set the time slots for each stage of the decision-making process at the beginning. In either case, the timekeeper takes care that every task is fulfilled within its time limit. Failing to do so, even if the schedule was unrealistic from the start, will lead to a negative evaluation of the timekeeper, so he should give reminders to the group frequently and early on.

In a group of 4-8 members, it is close to impossible to remember everything that is being said. Here the note taker sees a window of opportunity. The note taker summarizes statements efficiently, making himself irreplaceable to the team, that would debate in circles, were it not for the diligent writer.

This role is suited for people who are new to debates and group discussions, as it allows to observe and learn from the other participants.
Again, having a task is an extra that has to be done in addition to being an active participant in the debate. In a large group finding a note-taking comrade can be of help, to fulfill both responsibilities.

No matter your role in the group, do your best to actively participate in the discussion. During the debate there are three things to keep in mind: 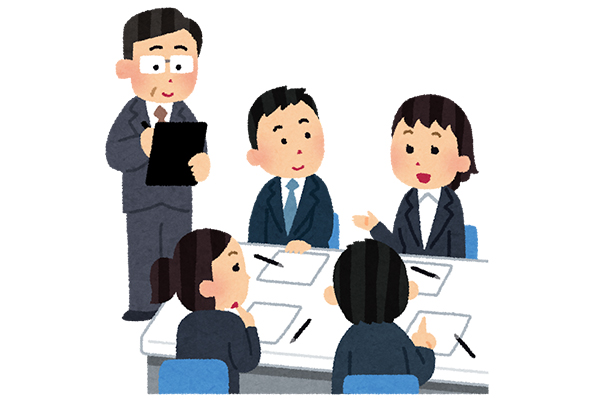 Group discussions take on average 30-45min. While the time frame is not short, it is not much time to bring together that many opinions either.

The important part is to be able to come to a conclusion that everyone agrees to. During a 30min discussion without presentation, try setting the time frames for each task as in the following example.

Looks easy enough, right? Just make sure that every member is on board and is working together constructively, otherwise, it is almost impossible to get things done.

As you can guess, group discussions can be about a wide variety of topics. We tried to summarize the most common patterns that new graduates encounter while job-hunting.

Participants are asked to freely discuss an abstract topic. Rather than a difficult topic or one requiring special knowledge, a general topic is chosen so that all candidates can participate actively.

The participants are divided into a supporting and an opposing group and are asked to debate a given topic.

Groups might be decided by HR, and it is possible to have to represent an opinion that is not one’s own. Regardless, an active and lively debate is expected and there typically is no one correct answer.

Candidates are asked to find an approach or solution to a situation or problem that is likely to occur while working at the company.

As just seen above, depending on the specific question, group discussion can unfold in different ways. This can make group discussions difficult, especially for non-native speakers. Confidently participate by keeping in mind the three main question types and the strategies listed below.

The downside of talking freely about a general topic is that often the discussion will go off topic at some point, keeping the group from coming to a conclusion.

Each team member has a different background, values, and way of thinking. Therefore, it is important to decide from which standpoint to argue before the discussion. Take the example of a debate about “how to create an open society for women”. Team members might argue from the perspective of employers, men, career-oriented women, etc. and you will have a hard time bringing all opinions together. Now assume that everyone agrees to think from the standpoint of working moms. It will be much easier to common ground, and the discussion can proceed smoothly.

With two opposing teams in the debate, everyone wants to win, and the debate can quickly get heated and emotional. Remain mindful of the other party, as pushing your own stance without paying enough attention to opposing arguments, will earn a negative evaluation as self-centered.

While there is nothing wrong with wanting to win, work is not the place to be emotional and disrespectful. Instead, keep an open mind toward the opponent’s opinions, listen closely, consider their point, and react properly to their statement.

The key to passing problem-solving questions is to be logical. Like the discussion type, after everyone’s opinions are laid out, logic is necessary to sort through the ideas and come to a conclusion all members can agree to.

Depending on the question, it can be easy to get off track. Setting a clear direction and goal, in the beginning, speaking up when something seems not right, will help to reach a shared conclusion as a team.

READ ON Often confused: Find out what is different about group interviews!

After getting a job in Japan you will be working together with Japanese people on a daily basis. So don’t hold back now, but show that you are willing to take responsibility and just engage!

Learning how to code while working in Japan
Caution! Avoid these Expressions in Formal Japanes...
How to Work in Japan Without Speaking Japanese
Dealing with Insects in Japan
How to Get a Working visa in Japan without Univer...

SPI Test: Everything You Need to Know
3 Business Manga to Get Ready for Work-Life in Jap...
Female Engineers in Japan
How to apply for a Rakuten credit card
Japanese Labor Law Essentials you Need to Know