Dealing with Insects in Japan 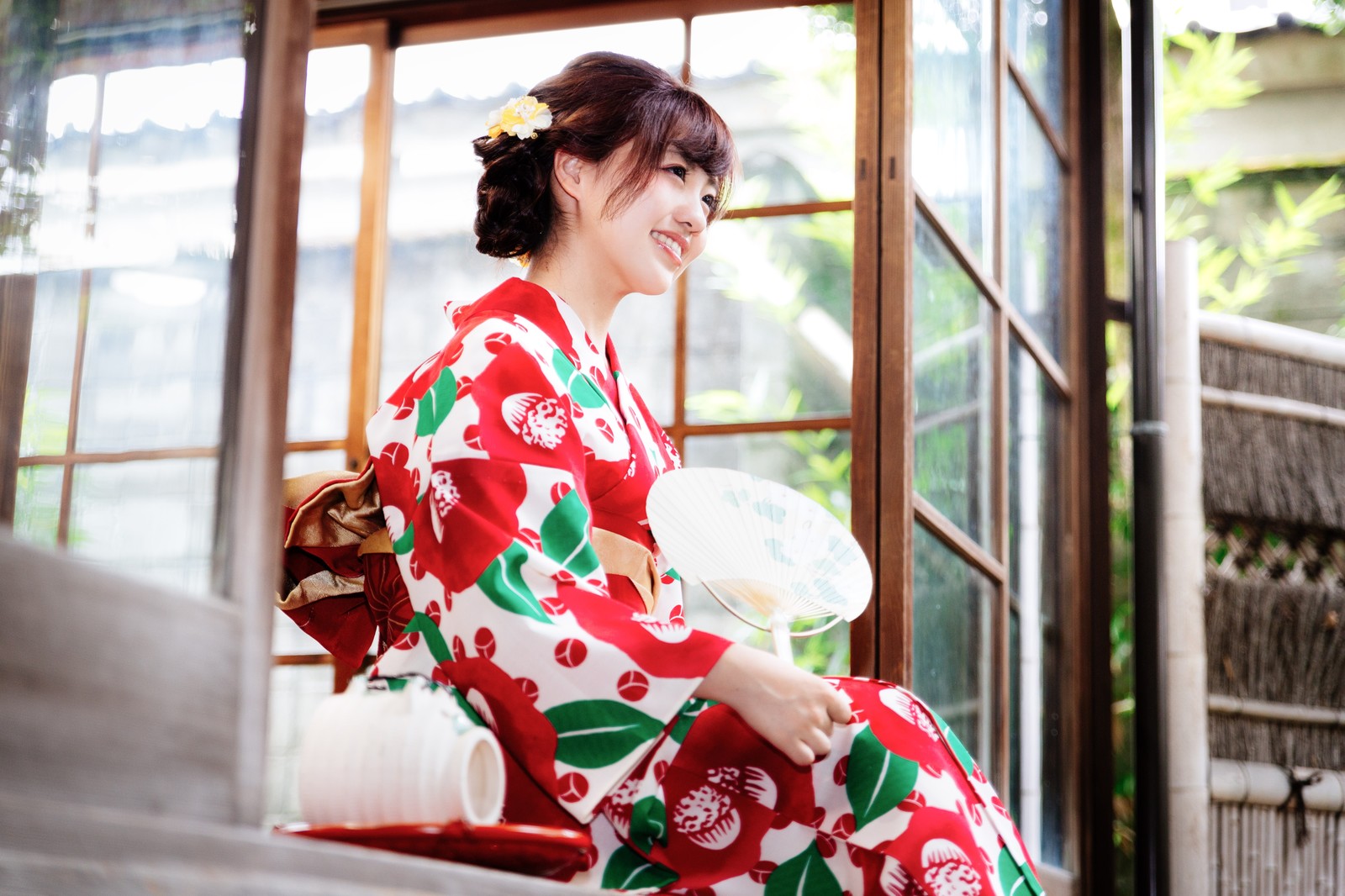 Japanese summers could be so nice, were it not for the humidity and the bugs. Find out what you can do during “insect season” here to keep the amount of unpleasantness at a minimum.

For many Japanese people and foreigners alike, summer is the most exhausting time of the year. The main problem is high humidity. It doesn’t only make feel like you’re continuously enveloped in an invisible wet blanket, but also creates the perfect environment for many insects.

Common insects around the house in summer and early fall are flies (ハエ), mosquitoes (蚊, か), moths (蛾, が), ants (アリ), cockroaches (ゴキブリ), and centipedes (ムカデ). Especially the cockroaches are infamous for their tenacity – if you can see one, it’s very likely that there are even more hidden somewhere. Japanese cockroaches can also fly, so be careful!

Some of these insects, like mosquitoes, will plague you regardless of where you live. The grosser ones, like cockroaches and centipedes, are more likely to show up if you live in an older building, in the countryside or near rice fields, parks or other places with lots of greenery.

If you want to minimize your chances of running into roaches right from the start, choose a relatively new apartment building. Also, when considering a place that houses restaurants or diners on the ground floor, pick a room on the higher floors.

The best way of dealing with insects is taking precautions so that you don’t have to go eye to eye with them in the first place. Below are some things you can do to keep them out of your living space.

Repellants come in all kinds of shapes and sizes. For windows or the balcony, there are anti-insect boards (虫よけボード, むしよけボード or 虫よけプレート) that you can hang on your curtain railing or clothes rack. They cost around 1000 JPY and last for quite a while, from around 100 days to over 300!

Repellant sprays (虫よけスプレー, むしよけスプレー) are another option that you can use to give your window screens and other “routes of entry” a layer of protective coating. Most of them are in the 500 to 1000 JPY range.

One of the most classy ways of dealing with mosquitos and other insects is the traditional mosquito coil, called Katori-Senko 蚊取り線香 (かとりせんこう) in Japanese. It’s a type of incense made from a plant called pyrethrum (a natural insecticide) and comes in a spiral shape. A can of 30 ~ 50 of them costs between 500 and 1500 yen (depending on the brand).

Katori-Senko are placed on small stands and dishes and then lit with a lighter or match at the outer end of the spiral. Once lit, they slowly burn for 7 to 12 hours, releasing an insect-repellant smoke. Its effects may not be as strong as the other options, but compared to some sprays, for example, it has no negative effects on humans.

If you place the coil at a safe distance from burnable things like books or stacks of paper, you can let it sit there overnight. To go all out, get yourself a pig-shaped incense burner along with your coils. It may not help with the insects, but it’s a classic symbol of the Japanese summer (maybe you’ve seen it before in a TV show or anime before). 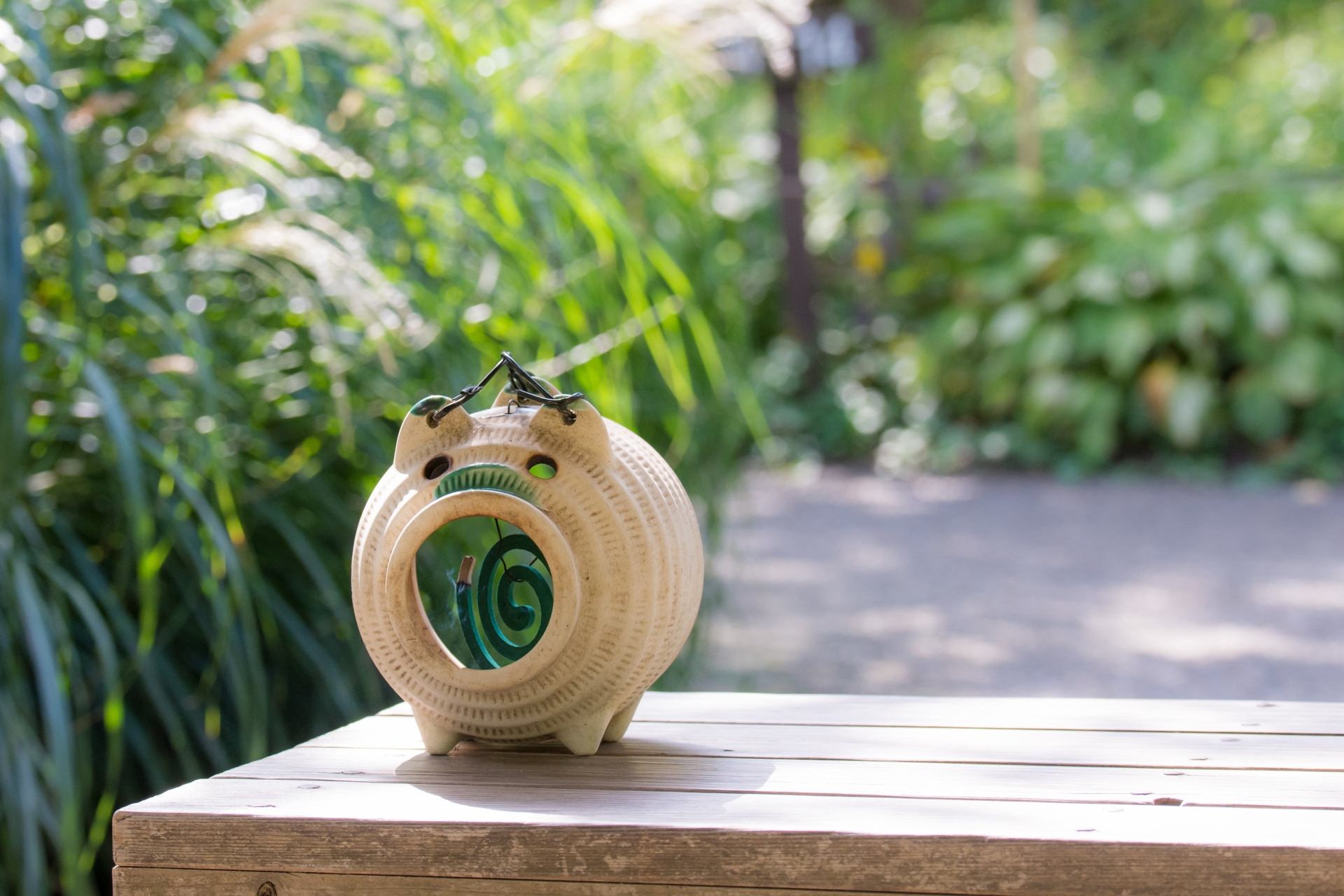 Clean up & get rid of food waste

Doing the dishes is annoying, especially when you’ve just had your meal after a long day at work and just want to escape into the sweet world of dreams. However, any kind of leftover food around the house can attract flies, ants, and other insects super easily. In summer, it’s best practice to always clean up immediately after.

When throwing away food, make sure that your trash bags and bins are closed tightly, and take out kitchen waste/burnable waste at a higher rate than usual – every day, if possible. If your area has very strict garbage rules, storing your waste in the freezer can also be an option.

Many Japanese apartments come with extra sliding screens in front of the windows. They only have one purpose: Keeping out insects. So regardless of whether you’re opening the windows for ventilation when cooking or just want to let in some outside air in the evening, make sure that your screens are fully closed and that there are no large holes inside of them.

Even if you always you’re your window screens closed, some insects can easily slip in when you hang laundry or doing other things around the house. There’s no perfect way to prevent this, but you can take precautions by not letting insects gather in front of your windows.

A lot of flying insects are attracted to light sources, so close your blackout curtains once the sun has set. Especially older Japanese apartments also often feature fluorescent lamps (蛍光灯, けいこうとう) as the main ceiling lights. This type of lamp attracts insects very easily – consider changing it for a LED.

Even with the best preventive measures, it’s likely that some insects will still manage to slip inside. Here are some options for when you’ve already been invaded.

A more modern – and more direct – method is to use insect-killing sprays (殺虫スプレー, さっちゅうスプレー). There are many different types, from general use ones to those that target specific insects. A can will cost you around 500 to 1500 JPY (depending on the size) and enables you to get rid of pests in a pinpoint fashion. Be wary about the fumes though and keep your distance when going to battle! 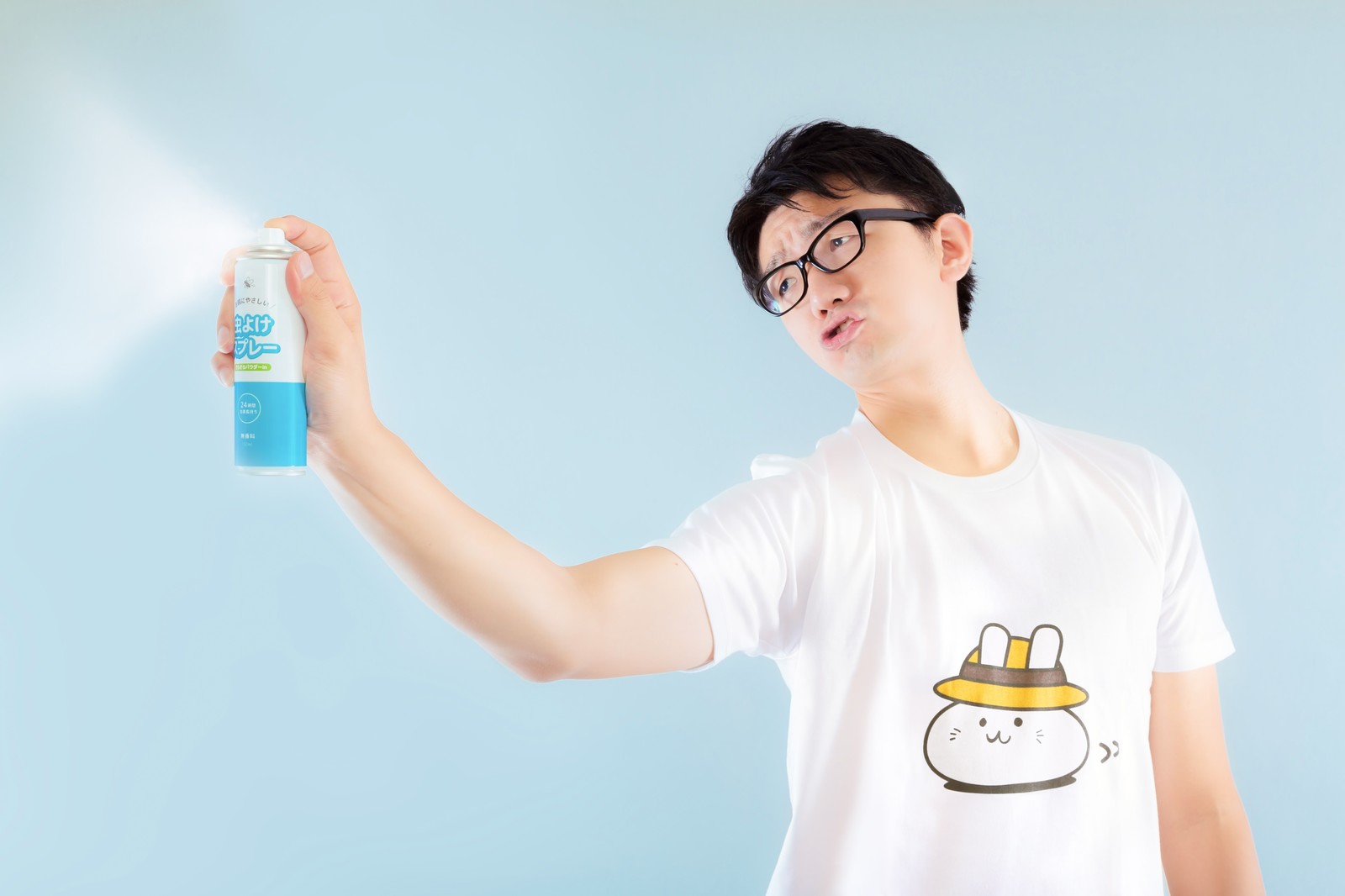 Hunting down insects in the traditional way with flyswatters, shoes, old newspapers, or even sprays robs you of your precious time and can be pretty exhausting. A more comfortable way of doing away with them is setting traps that they run into themselves.

For cockroaches, there are bait stations that lure them in and then either trap them with an adhesive, or just straight-up kill them with poisonous bait. Many of them feature slow-acting poisons that let the roach return to its nest first, where it dies and is then eaten by its friends – which in turn also die.

Bait stations are best placed near spots where cockroaches are likely to enter the room – in the entrance where you take off your shoes (玄関, げんかん), the balcony or near the pipes under your kitchen sink, for example.

For mosquitoes and flies, there are so so-called mosquito killers (モスキートキラー or モスキートキラーランプ), small devices that are plugged into a USB port or outlet. They glow in a light that attracts mosquitoes and suck them into a small compartment at the bottom. In online stores like Amazon and Rakuten, they cost you around 1500 ~ 3000 JPY.

Japanese summer is probably the season where paying attention to small things and always cleaning up after yourself pays off most. Keeping your room clean, your waste tightly sealed, and setting some repellants can take you a long way. I hope you’ll never have to deal with a cockroach infestation!

3 Business Manga to Get Ready for Work-Life in Jap...
Passing the JLPT N1 – These Methods Worked f...
The Simple Art of Exchanging Business Cards in Jap...
Interview: Working in Japan as a Foreign Programme...
Japanese Labor Law Essentials you Need to Know

U-Turn and Relocation for a New Job
Garbage in Japan: A Guide
News from Japan #01
How to save time when typing in Japanese
Elevator Etiquette in Japan