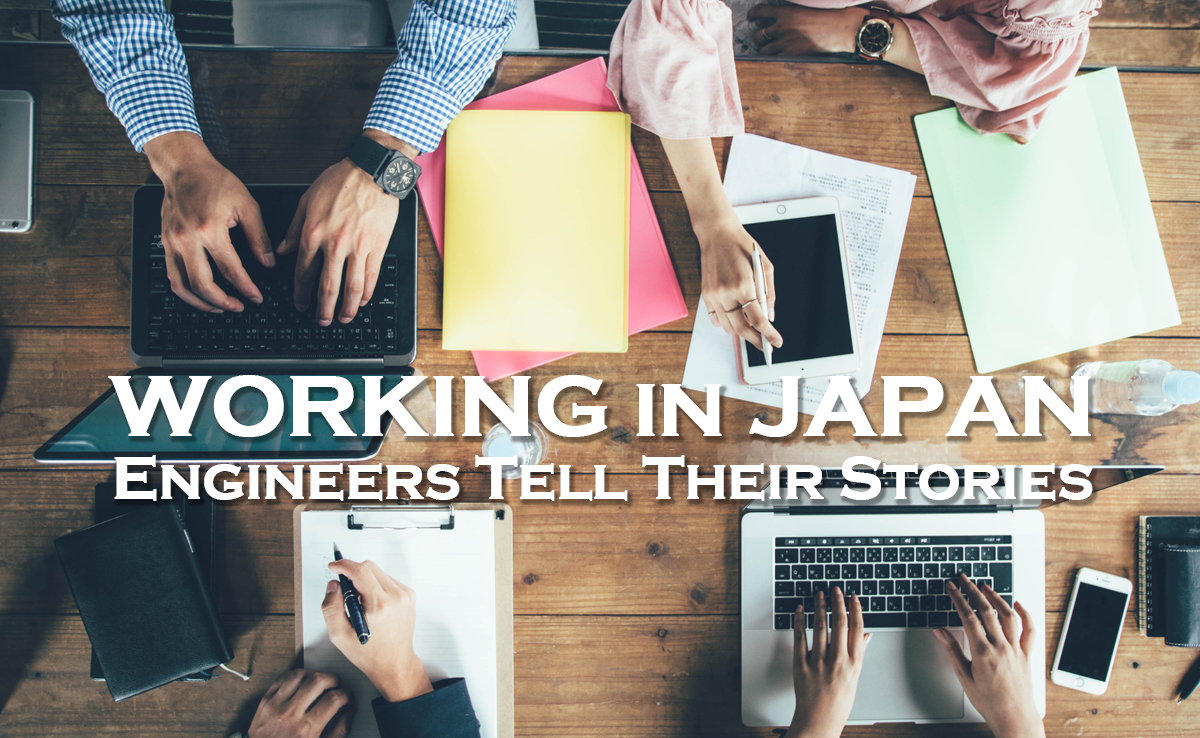 For the final piece of our engineers in Japan series, a Japanese engineer tell us what it is like for him to work in an international team.

KiMi: Naoki, please tell us a little bit about yourself and your workplace.

Naoki: I am a system engineer in Tokyo. Over the last 3 years, I have been working on various projects, dealing with projects on all stages from requirements definitions and design, to implementation and developing test flows. Recently, I mainly work with PHP.

Currently, we are 13 members in my department and more than half are foreigners. In my project, I am working with one Filipino and two Korean coworkers. I am often mentoring our new international recruits. One of my superiors is also Korean. He is fast-working and knows a lot more about the company than me.

KiMi: How do you feel about working with foreigners?

Naoki: Actually, most of the time I am not even aware of the fact. It’s not different from working with Japanese people.

KiMi: Isn’t there anything you find difficult about working with foreigners?

Naoki: My co-workers have a high command of Japanese, so work is progressing smoothly.

With my team member from the Philippines, a very modest guy, I often talk in English but the language is the only difference really. The one thing that’s really bothering me there is that I cannot explain things as well in English as I would like to.

We had some misunderstandings in the past with new members who just started working and were still studying Japanese. It was difficult to find out whether they didn’t understand the Japanese explanation or didn’t have the relevant skills or knowledge. Unless I can grasp what my team members are capable of, it is hard to assign them appropriate tasks so this can be challenging.

KiMi: So, unless someone is fluent in Japanese it is hard to entrust tasks to them?

Naoki: This isn’t the case at all.
So far I haven’t found a good solution for the issue but to avoid miscommunication I often double-check. When they say「なるほど」and think they understood, I ask them to explain it back to me. You would be surprised how different the accounts can be. This way we can often together find out which parts were unclear and prevent misunderstandings. As long as someone actively communicates I can entrust any tasks.

KiMi: You mentioned earlier that it is hard to assess the skills of new recruits. Do you think their level is different from Japanese employees in any way?

Naoki: No, because the skill level depends on how much someone studied and on their experiences, so this varies from person to person.

KiMi: What do you like about working in an international team?

Naoki: I think by working together with people from different nationalities and backgrounds we can learn a lot.

We often have to deal with documents in other languages. In IT it is not uncommon that the answer to a problem is not available in Japanese, then we have to look for sites and sources in English or so. Here international staff has a big advantage over Japanese engineers due to their language skills. Being able to read other languages besides Japanese allows them to do faster and more in-depth research, often producing better results.

KiMi: Do you think Japanese companies will hire more foreigners in the future?

Naoki: Many Japanese companies see the benefits of not being limited to Japan, but being able to recruit talent from around the world. Working in international teams can create a lot of knowledge transfer and innovation and I think it is important for the future of Japanese companies.

KiMi: How do you think this is going to happen?

Naoki: In the end, I think it is a matter of how much we can learn each other’s language to communicate with each other.

By working more with foreigners, companies can find out how to lower language hurdles for foreigners, but also figure out how to they can interact with those Japanese employees that cannot speak any foreign language.

If departments can get this experience and information, we can establish recruiting practices and support systems in the workplace to overcome language barriers and work together.

KiMi: Do you think more companies in Japan are going to adopt English?

Naoki: Japan as a whole is putting more emphasis on English education and some companies are experimenting with including English in the workplace.

In my department, we recently started to make the first changes to lower the language barrier and make it possible to work using Japanese and English for our new recruits. At the moment I am the key person in this process and for me, it is rewarding to be able to use my English skills again for such a purpose.

KiMi: Lastly, do you have any advice for young engineers, how they can work in Japan smoothly?

Naoki: Anyone who wants to work in Japan should check the language requirements and prepare for them early on. Most international candidates we hire at my department have passed N2 and all of them study toward taking N1 within their first year at the company.

The Japanese requirements vary by company, but some companies do not yet have a network to provide appropriate support for foreigners who struggle with the language. I would recommend to study Japanese early on, because language issues can be a cause of stress and frustration at work. This way, once they join a company they can focus on their career and future.

What’s so great about Entry-Level Jobs in ...
Thoughts on Success in Japan
3 Essentials for a Successful Career in Japan
An Engineer’s Glimpse into the Japanese Work Cul...
Share
Real Japan

Japanese Industries Looking to Hire
How to Get the Certificate of Eligibility for Japa...
How to fill out the Customs Declaration Form for J...
Japan’s Hell is made of Two-Year Contracts
Why Japanese People (don’t) Change Jobs

Credit Cards in Japan and How to Get One
Useful Qualifications for Getting a Job in Japan
Essential Japanese Office Vocabulary to fit right ...
Female Engineers in Japan
7 Part-time Jobs in Japan for Foreigners