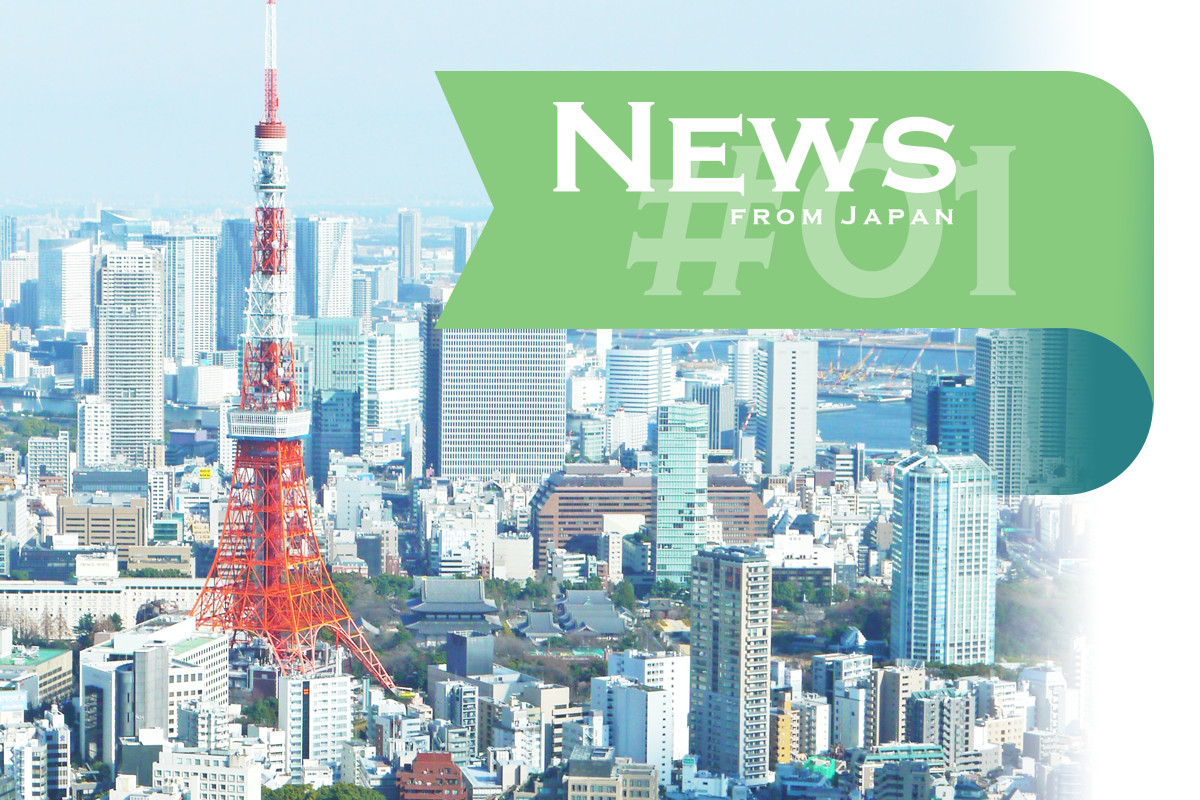 What impact will the Coronavirus have on job seekers? How many of them have been successful regardless of the pandemic? And are masks making a comeback in stores? This week, we’re looking at Japanese news on these topics.

First, let’s look at this article from the Hokkaido Shinbun from Wednesday last week. It’s a 社説 (しゃせつ), an editorial. These are a good tool to analyze the general leanings and opinions of a newspaper. Today we’re only looking at one, but comparing editorials from different newspapers on the same subject can be pretty interesting!

This article warns the readers about another “job market ice age” that could be brought about by the Coronavirus crisis if universities, businesses and the government are too slow to react:

コロナで、バブルのにした「」をびんではならない。
Under the Corona crisis, we [Japan as a nation] mustn’t create a new “job market ice age” like the one after the burst of the bubble.

このくのがしたにけなかったことがやにし、がんだのつになったからだ。
Back then, young people had trouble finding a stable job, which influenced marriages and the formation of families and ended up becoming a major reason for an accelerated population decrease.

As you can see, the author is not bothering with trifles here, looking at the big picture. It’s not just about individual young people finding (or not finding) jobs, but also about the future of the whole nation.

The „bubble“ mentioned here refers to the real estate and stock market bubble Japan experienced between 1986 and 1991. The country has, of course, experienced other economic bubbles (we’ll talk about another one further down in this article). But this one was so influential that it is known as just “the bubble” and the time period associated with it as the “bubble era” (バブル時代, バブルじだい) in Japan. There’s even the adjective „bubbly“ (バブリー), which is used to describe things which feel like they belong to that era. But back to topic!

When the bubble burst in 1991, a lot of businesses found themselves unable to pay huge bills from the investments they had been making. The job market shrunk down, and for a while, there were many more job searchers than open positions. This is known as the first “job market ice age” (就職氷河期時代, しゅうしょくひょうがきじだい). The author of this article warns that the Corona crisis could bring about a similar situation if not handled properly.

The author goes on to argue in favor of the students, asking businesses to not forget their societal responsibility. While the businesses themselves might have trouble staying afloat, they should not just focus on the short term and act with the future in mind.

のは、のとので、のをるとべた。そのとして、のをするえをした。
In a conference with Minister of Education Hagiuda Kouichi, last month, Keidanren President Nakanishi Hiroaki said that recruiting activities were to be made more flexible. He said that one of those measures would be the extension of the candidate selection process over the whole year.

がくのをられるのはできることだろう。
Many students will be happy about being provided with more chances of getting a job.

しかし、はにできないがくれがある。
However, there are some concerns that year-round recruitment could prolong the time during which students can’t focus on their studies.

The last point – students not being able to focus on their studies – is often brought up when it comes to arguing against the modernization of the Japanese recruitment system. From a non-Japanese perspective, this argument always feels a bit weird since year-round recruitment is the international standard. If students can do multiple internships and do job searches elsewhere, why shouldn’t Japanese students be able to do so as well?

While the Coronavirus has had a huge impact on this year’s job-hunting season, the effect – at least at the current time – seems to be smaller than one would expect.

Last Friday, both NHK and PR Times released articles about new survey results from the HR company DISCO. The survey was conducted between May 1st and 6th and asked this year’s job hunters if they had already received a job offer from at least one company. Among 1212 students, 50.2% answered that they did. Compared to last year (51.1%), the difference relatively small.

One reason for this is that more and more Japanese students are beginning their job search early. When it comes to recruiting, companies that are members of the Japanese Business Federation (Keidanren) are restricted by certain rules. However, many of them don’t completely conform, and non-Keidanren companies aren’t bound to them at all.

61% of students with a job offer had done an internship at the respective company. This shows that while the pace is slow, the Japanese job market aimed at university students is steadily changing. Many companies are already practicing de factor year-round recruitment.

Has the “mask bubble” burst?

Finally, here’s an article about masks from the Asahi Shinbun-affiliated AERA dot. online magazine (a similar article was also released in the regular Asahi newspaper).

Ever since the Coronavirus began to spread in Japan, masks have become a coveted item. If you’re currently living in Japan, you’ve probably seen people standing in line in front of pharmacies or heard about packages of masks being sold online for ridiculous prices. While there were some efforts by the government to stop scalpers, this proved to be difficult.

However, this “mask bubble” could be past its peak. Masks have started to show up again – but not everywhere. While they have been popping up in convenience stores as well, for Tokyo, the four main areas for masks right now seem to be Shin-Okubo, Ame Yokocho near Ueno Station, Isesakicho in Yokohama, and Nishikawaguchi in Saitama.

ではこののくのでマスクがにられている。もえ、ほとんどのがいつでもにれるようサンプルをき、めができるようにしている。
In many stores around here (Shin Okubo), huge amounts of masks are being sold. The variety of options has increased as well, and most stores have put out samples so that customers can assess the quality of the products.

The prices for these masks vary depending on whether the boxes have writing in Japanese or English on them, among other factors. Most customers seem to feel more comfortable with “Japanese” boxes. This is also the reason why masks are still a rare sight in regular pharmacy chains. The author of the article asked the owner of a drug store in Ame Yokocho. This was the answer:

「、っているマスクはがされていないのでわない、というのがなです。ではコロナの（まんえん）でにってからきょ、ラインをちげた“にわかメーカー”がえ、それらのが、にしせてきているんです」
“The main reason [for why we don’t have any masks yet] is because we can’t guarantee the security of the China-made masks that are circulating right now. There are many „bandwagon manufacturers“ that quickly set up production lines earlier this year when the Coronavirus started to spread in China, and Japan is now being inundated with their products.”

So while there may be some quality issues, masks have become easier to obtain “in the wild” again. Even online shopping sites like Rakuten are listing simple masks at rather reasonable prices now.

With these new developments, the government’s plan to provide every household in Japan with two masks – called “Abenomask” アベノマスク in reference to the “Abenomics” economic policies) – is earning even more criticism. The article closes with:

マスクバブルがはじけ、アベノマスクにかかった466もとってしまうようだ。
The mask bubble has burst but it seems like the 46.6 billion yen spend on the “Abenomask” plan have dissolved into thin air.

That’s it for this week! While the job hunting season continues to be disrupted by the pandemic, many businesses in Japan have adapted by using online tools for recruitment. In some cases, you’re even able to go through the whole process without even having to visit the company once! That, of course, comes with its own problems. However, if you’re in Japan and searching for a job right now, don’t give up – there are still many opportunities! We’ll do our be to inform you about online seminars and other events.

Japan, the Kingdom of Characters
Jiko-PR: How to Sell Your Strengths in Japanese (w...
Guide to getting your Internet plan for Japan
Business Casual – Guide to Choosing the righ...
The Simple Art of Exchanging Business Cards in Jap...

Getting a Mobile Phone in Japan – Long and S...
Internship Guide
How to save when moving into a Japanese Apartment
Top 10 Skills to get hired in Japan 2020
Vocabulary for Your IT Job in Japan