Challenging Yourself in Japan: A Retrospective 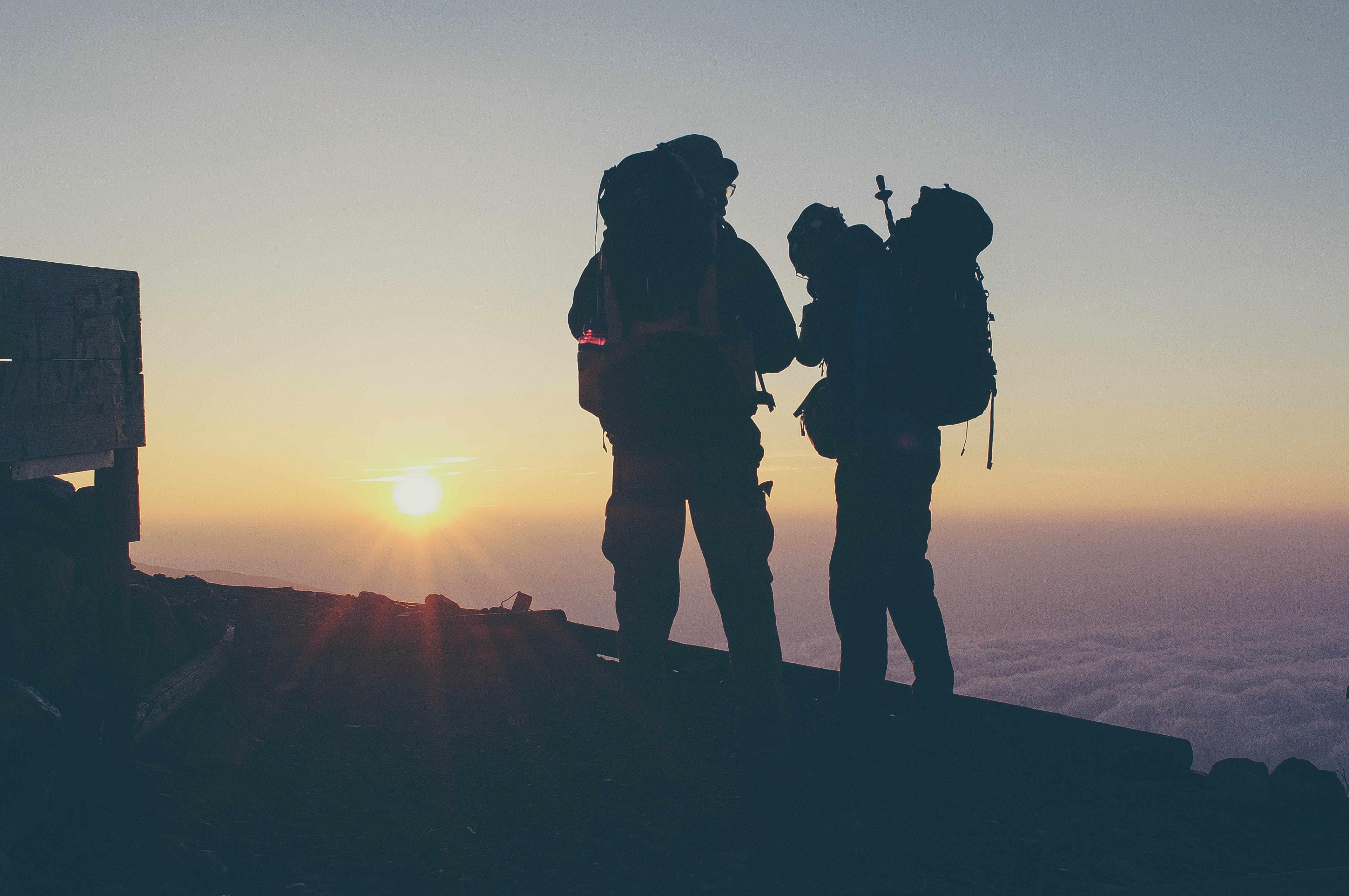 Working in Japan advancing your career often means diving into new responsibilities and tasks with no previous experience. In this article, I want to share my experiences after three years of working at a Japanese company.

My Journey to Japan

Originally from France, I joined Zenken Corporation as a fresh university graduate in 2017. After studying Japanese and spending a year in Tokyo as an exchange student, I wanted to go back to Japan and start my career in this country. Staying in France seemed a bit boring, I wanted to experience living abroad for a longer time.

Back then, I didn’t have a precise idea of what I wanted to do for a living. I knew I wanted to use Japanese or English, and marketing seemed interesting, but I had no career plan in mind. That’s why Japanese “main career track” and fresher recruitment culture was perfect for me.

They gave me a chance although I didn’t have any specialty, and just let me experience many different things.

My first tasks as a new employee included project management for a system development project. I was also involved in the renewal of Zenken’s main corporate and recruitment sites.

And after that … believe it or not … I joined the Japanese sales team!

Before joining the company and during regular meetings with one of my bosses, I had already been told that I might be transferred to sales one day. Many companies see sales positions as a great way to learn, challenge yourself, and grow. That’s why they sometimes transfer people of completely different backgrounds there.

However, before it actually happened, I couldn’t see myself in such a position at all. I always thought that I just was not made for sales – and then there was the communication barrier.

At first, I didn’t know if it was even possible for me to persuade Japanese clients.

On the day that I was told about the switch to sales, I was given three days to make my decision. No matter how long I thought about it, I couldn’t quite make up my mind. But in the end, I thought about it this way: It could be a valuable experience for me – and if I failed, it’d be management’s fault for appointing me! So I agreed to the offer on the next day. My boss had a hearty laugh when he heard my reasoning but welcomed me at my new position.

At the sales department, my main task was approaching clients via phone calls, inform them about Zenken’s services, and secure appointments for the senior sales reps for further discussion and negotiation. If everything went well, my approach would lead to a new contract for the company.

At first, I was very anxious about talking to clients in Japanese. I’m going to be honest … there were times when I wanted to leave it all behind and run away. But in the end, the sales team’s power motivated me to keep going.

Through working in sales, I honed my negotiation skills and learned how to make better business proposals.

In the end, it was not the transfer itself that mattered most, but me putting in the work as well as the support of my team members, who did their best to train a complete newbie from the ground up. They were there for me and would always go the extra mile to help each other. 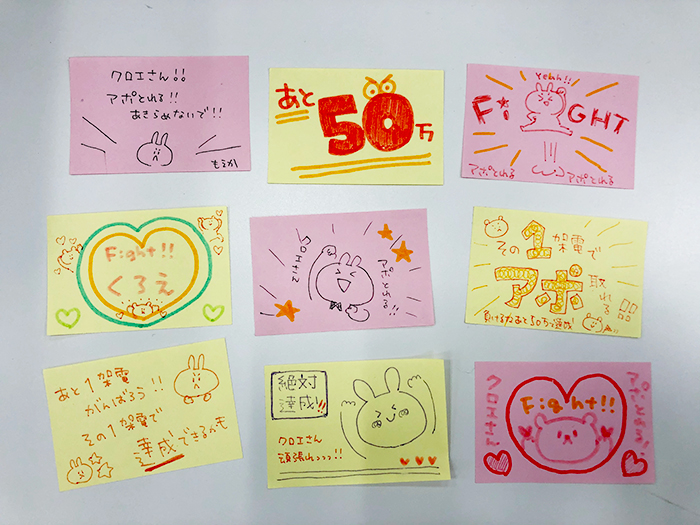 ▲ One of my mentors at the sales division always left me encouraging messages!

My supervisor had (on my request) promised that he’d treat me to a delicious apple pie once my first contract got signed. Whenever he headed out to meet a client that I had made an appointment with, I told him “I want to eat apple pie today!”

…and then, one day, my first contract was finnally signed! 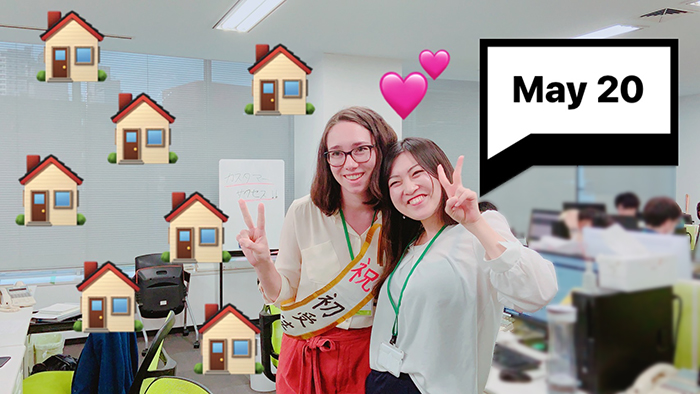 After my short stint in sales, I joined a newly created division within the company, which had just been set up in 2018 – and that’s where I still am right now. At my new position, I’ve been involved in the building of a new business. It has proven to be a valuable experience for me.

Our team is relatively small, so each single member plays a big role. The next challenge is always just inches away.

What exactly am I doing now? Let me explain a bit. Because of Japan’s declining birth rate and shrinking population, Japanese companies are struggling with finding new employees. The IT sector is growing but there is a lack of young engineers in the country – which hampers the industry’s (and Japan’s) long-time growth.

On the other hand, the world’s total population continues to increase. There are countries where it’s the other way round and there are not enough jobs available. Seeing this as a chance, Zenken established a new business to bridge Japan and the world and make it easier for foreigners to work in Japan.

After surveying multiple countries, we decided to start our project in Bangalore/Bengaluru in Southern India. Before I formally joined, I had the chance to go on a business trip to there, for a recruitment event at a university. We visited the campus, and I acted as an interpreter and assistant during job interviews and the event as a whole.

My preconceived image of India and the impression that I got on my first visit were completely different. The university staff and the students were all very cheerful and welcomed us with great hospitality. I want to go there again! 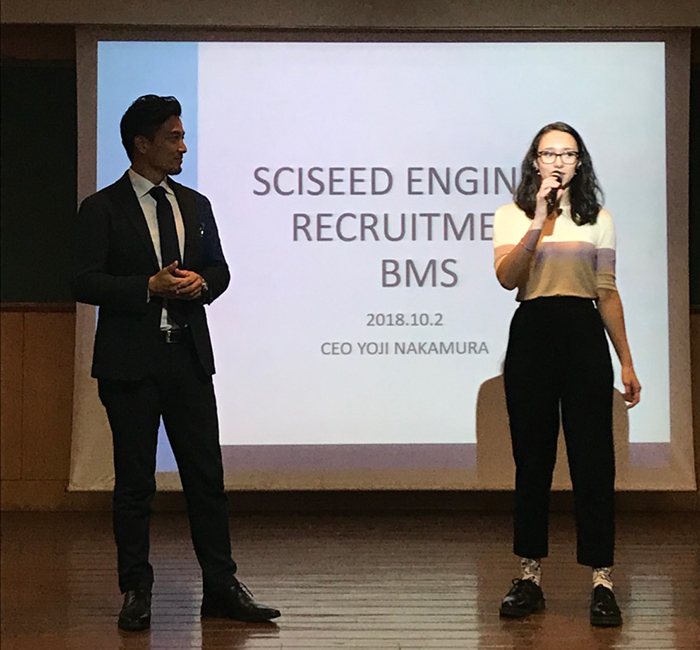 ▲ Me interpreting for Indian students at the event

Working as a team

My division is split into two teams: The international team and the sales team. As part of the sales team, I’m now encouraging Japanese companies to hire foreign engineers. Direct company visits, trade fairs, telephone calls … I’ve done it all.

Through my work, I’ve realized that many Japanese corporations are still not sure about hiring foreigners. Communication and mutual cultural understanding tend to be big problems. In 2019, we went to a lot of trade fairs and did some surveys. In some cases, people only realized that hiring foreigners was an option after talking to us.

It might take some time until things change, but I find it very motivating to expand the worldview of the Japanese corporate world.

Without relying on people from outside of Japan, the problems of the job market will keep piling up. In that sense, our division is working to improve the country’s future. At Zenken, the non-Japanese members are fighting for Japan’s future – way to go! 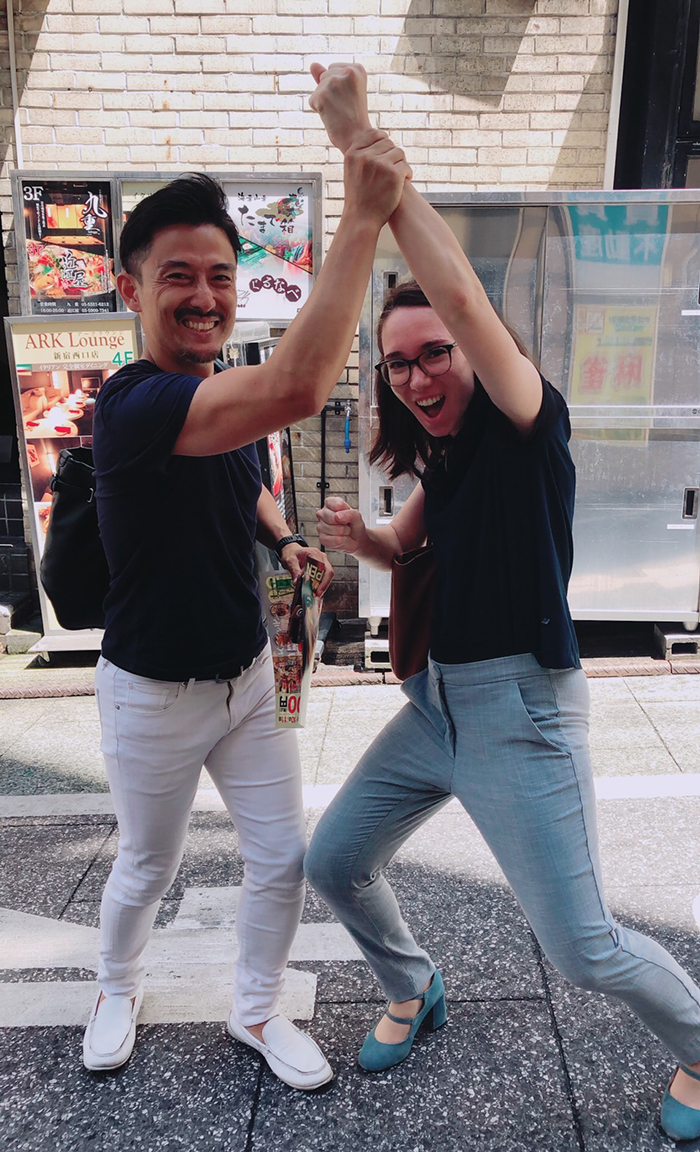 I feel that there’s a big difference between doing this kind of work at a company with a 40-year track record instead of a startup, for example. We can build on trust that a startup wouldn’t be able to access right from the beginning, and other divisions support us in our mission. Design, website creation and web development, legal, SEO, video creation … because of all these teams around us, we can do so much more, and make much faster progress. 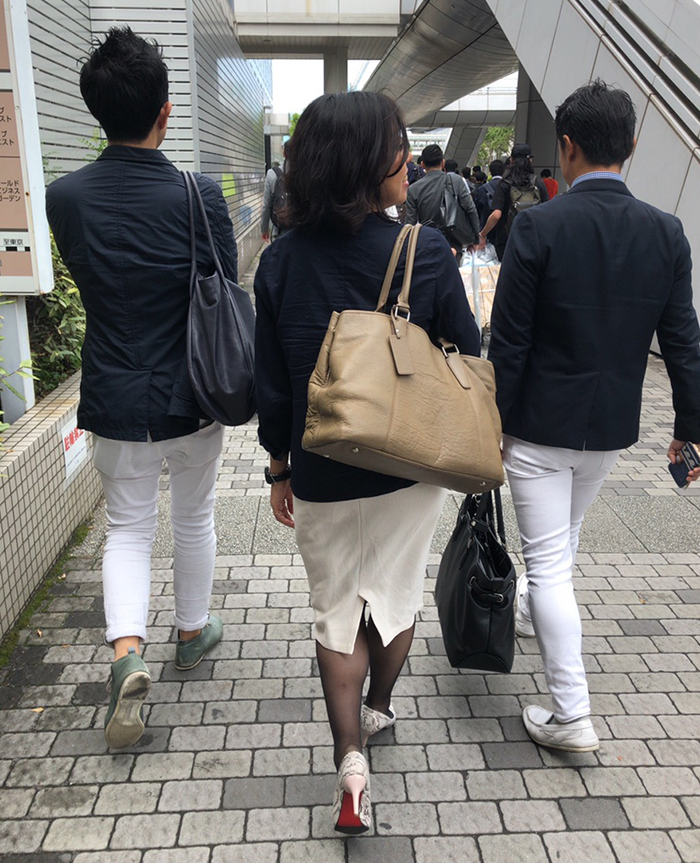 ▲ For the trade fair, we all happened to wear the same kind of clothes

Looking back at three years in Japan

I entered Zenken because I wanted to work in marketing. By now, I’ve gathered experience in a variety of fields that I never thought about initially. Web production, project management, sales, HR staffing…

For me, what I do at work was always less important than the people I work with.

At my company, I met people who cared about my career and growth – and because of that, I was able to keep going, even though things were not always easy.

In the future, I want to change the way I approach companies, and try out different sales styles. Aside from my regular sales tasks, I’ve also taken up responsibilities related to the web presence of our service, so I’m going to be involved with the renewal of our website and our social media channels. There’s so much to do!

In the future, we plan to expand to other countries as well. I look forward to reporting about it again sometime!

If you want to know more about Chloé’s company, head over to our feature article on it. We’ve also done interviews with other foreign employees. They provide valuable insight into everyday working life in Japan, no matter what you’re personally aiming for. Check them out!

After several stays in Japan, I finally left France for good and settled here, and am now working for an IT company in Tokyo. Still in love with the city, trying to enjoy it to the fullest!

Language and Communication Skills for the Japanese...
Working in International Teams – A Japanese ...
JFT-Basic – Japanese Test for Foreign Worker...
How to save when moving into a Japanese Apartment
U-Turn and Relocation for a New Job

SPI Test: Everything You Need to Know
Business Casual – Guide to Choosing the righ...
Lifetime Employment and Japan’s Future
The 44 Most Common Japanese Interview Questions &#...
100 Yen Shop Guide – Smart Shopping for your...