Searching for a job isn’t easy, but there are many companies that struggle with recruiting as well. Find out about some unconventional ways in which Japanese firms try to find the right people.

Standing Out from the Crowd

Entry Sheet, Company Seminar, Aptitude Test, a few Interviews… your average Japanese job hunt schedule is highly standardized. When it comes to recruiting new employees, many Japanese companies choose to follow the trodden path because it fits within the established system and is ultimately cheaper. However, the traditional way of doing things does have its downsides.

First, there’s quantity. One reason why companies hire fresh graduates without much experience is to simply accumulate a solid stock of young employees to keep the company makeup healthy. In the past, this wasn’t a problem.

Today, however, fresh graduates have more and more options. In June 2019, 70% of job-hunters had already received at least one job offer. If you’re just one company among many, chances that the candidate will just choose to join the competition are higher than ever.

On the other hand, there’s quality – arguably the more important factor. As the intervals between mid-career job changes are getting shorter, Japanese companies are looking for either of two types of employee:

In terms of tracking down and securing these two types, the traditional system has its limits. Because the old system has been around for so long, it is relatively easy for applicants to gauge what they’re expected to write or say. When everyone attempts to hide what they really think, it’s hard to find a truly fitting candidate.

In a time when simply offering a job doesn’t do it anymore, companies have to get creative. Some opt for attention-grabbing recruiting websites or simply raise salaries. Others, however, try to tackle the issue on a fundamental level by changing how they are approaching job searchers and interacting with them. Below, you can find some examples (in no particular order).

Have you ever played mahjong? I’m afraid that until writing this article, I didn’t know anything about this game. It’s a game with Chinese origin that is widely popular in East Asia, but not that well know anywhere else. In Japan, it tends to be associated with gambling and is thus considered to be a bit “shady” by some.

Mahjong Recruiting was initially used by the Startia in 2016 and since then, some other companies have tried it out as well. The idea behind the strategy is to find people with logical thinking and planning abilities. In some cases, applicants can immediately advance to the final interview by winning the game.

You might be asking yourself: If the goal is to identify logical thinkers, then why mahjong, and not chess or its Japanese equivalent – shogi? The answer is that logical thinking is not the only thing that matters here. In chess, everything is predefined, there are no surprises. Technically speaking, you just have to memorize the perfect pattern for any given situation and then recall it when necessary.

Mahjong, however, has an element of luck to it. You need to plan ahead to win, but you can never have a 100% perfect strategy. Additionally, you’re not facing off against one, but three competitors, which increases variance even further. There’s an intuitional element here, similar to poker and other traditional card games.

The goal of the game might be to win, but the goal of the recruitment method is to get to know the players through the strategies they employ. Do they give up when they start with a bad hand? Or do they still try their best, even if winning might be impossible? Are they able to correctly identify the point where one strategy isn’t working and change to another? How do they react when they lose?

If you’ve ever spent a winter in Japan, you’ll know how great it is to slip your legs under a kotatsu. This Japanese cross between a table and an electrical heater is not only an economical way to stay warm, but also offers peak comfiness. During the New Year’s vacation, families all across Japan gather around it, eating mandarins or just dozing off.

Unlike some other options to this list, this kind of recruitment is a service, aimed at companies that are looking for new ways to recruit. According to the service provicer, one main reason for introducing this service was that a lot of young job hunters in Japan don’t have big or clear career goals. Many of them end up applying at big corporations because of their reputation or the benefits. But many of them say that they just want a work at a place that feels comfortable.

On the other side, small and medium companies are struggling with getting attention at the big job fairs. Theoretically, they have the advantage of a more personal and close-knit atmosphere, but can’t communicate it effectively. Under these circumstances, combining the comfy kotatsu with recruitment seemed like a promising idea.

In contrast to some other entries on this list, this is not a unique recruitment scheme employed by one specific company, but a service. Hello Life held its first “Kotatsu Shuukatsu Expo” in 2019, renting out a huge space and filling with it tatami mats and heated tables. Participants could then talk with company representatives – seated at each table – while nibbling on snacks and drinking some tea. 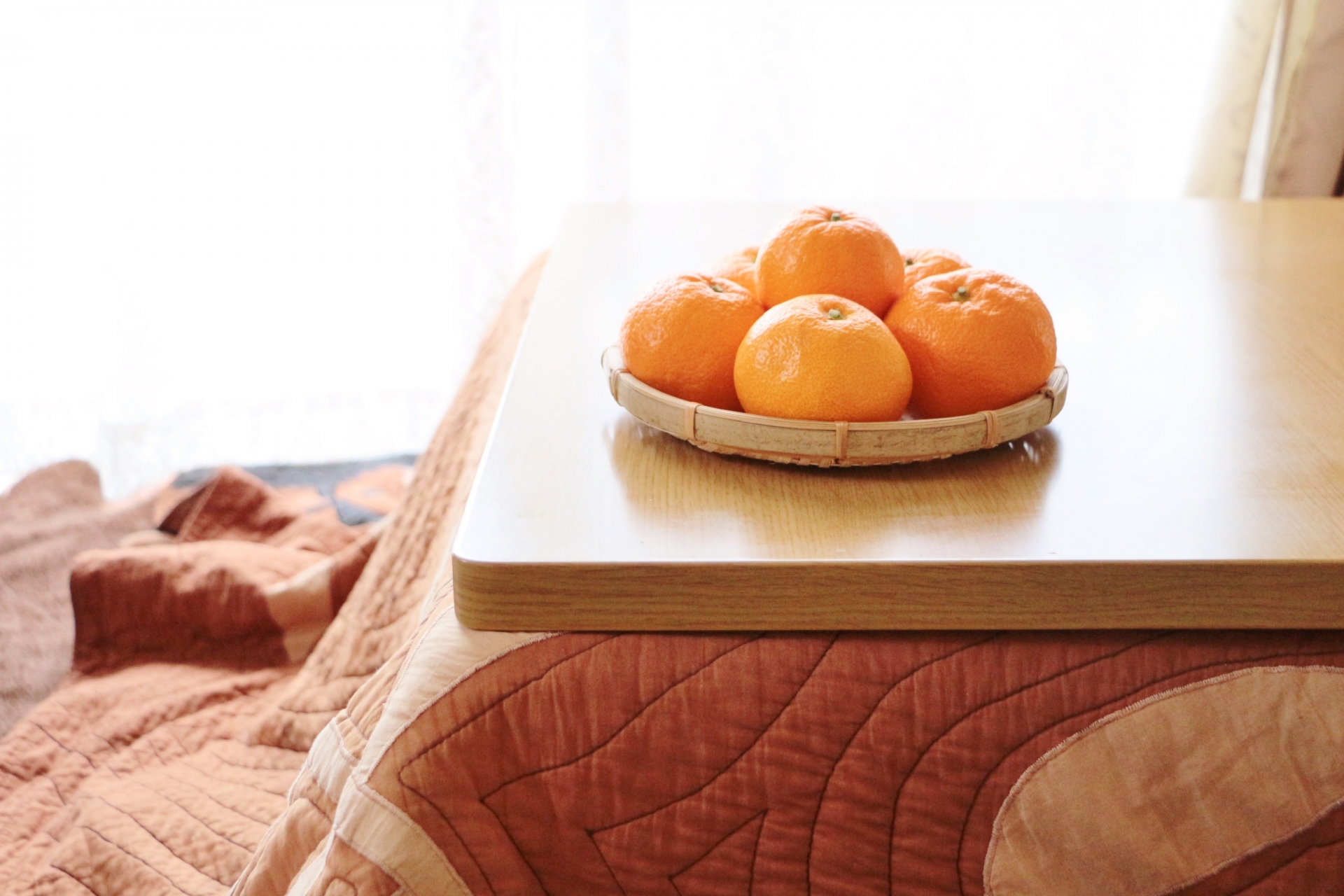 The name “Kayac” may not ring any bells for you right away, but if you’re up to date on recent events in Japan, chances are that you’ve heard of or read about one of their projects. For example, they are the company behind the Poop Museum in Yokohama (and now Odaiba) that made headlines last year. They put so much focus on being quirky that they commonly use “Kayac, the Funny/Interesting Corporation” (オモシロ法人カヤック) as an alias.

In Japanese, “egosearch” (エゴサーチ) is the most common expression for the act of googling your name. In turn, “Egosearch Recruiting” refers to a method of screening job applicants based on the results of such a search. There’s no need to write a cover letter or submit a CV. You just google your name (or the name of your blog, social media account, art project, etc) and submit the results.

The basic assumption here is that a highly visible web presence is more or less equivalent to a CV or any other kind of self-introduction. Kayac has been holding on to this route of finding people that “put themselves out there” since 2015. I wonder how the results look like…

While there are exceptions to the rule, Japan is big on uniformity and “fitting into the group.” After graduating from high school, most young Japanese people experience a brief period of relative freedom from all sorts of unwritten rules of society – their time in university.

However, as soon as the job hunt stars, expectations are back up again. Students dye their hair black, buy the same kind of suit as everyone else, and, most importantly, try to finish their studies in the standard time of four years. Staying in university for one year longer, for whatever reason, will put them at a disadvantage. So they fear.

In the past, in the eye of traditional companies, students that repeated a year were either lazy, egocentric, or both. From their point, staying in university for a year longer meant that these students were not mature and self-disciplined enough to properly manage their life in “real society” (社会, しゃかい). There’s no doubt that many Japanese managers still think like that.

However, some companies have noticed that such a condescending way of looking at applicants unnecessarily hurts both sides. One extra year in university doesn’t have to equal laziness, or bad time management, or inefficiency. It can also mean that a student did a long-term stay abroad to acquire a second language or caught back up after a tough time in their life.

Companies have become more open to people with various backgrounds in general. Going with the trend, Tokyu Agency created a recruitment channel that specifically targets people that have “taken longer”. The applicants need to have repeated a year in university, and provide a reason what that extra year meant for them.

Like the abovementioned Kotatsu Shuukatsu, this type of recruiting is a service offered through a HR company. Also similarly to Kotatsu Shuukatsu, it attempts to solve problems by reducing the initial distance between applicant and company.

As the name implies, NikuReach focuses on the idea of food – meat, specifically – and the experience of eating together as a catalyst for deeper understanding between humans. This may sound a bit bizarre at first, but in practice, it’s pretty straightforward.

For the most part, it works like a scouting service or a dating app. Applicants register on an online platform and feed a database with details about themselves. Companies using NikuReach then search through the available options, picking out students that look promising. They then send them a request and invite them – not to an interview, but a meal at a restaurant.

A key factor here is that the meal is completely free for the students. In addition to talking to their potential future employers, they also get a free steak out of the deal. You could argue that this puts some pressure on them as gift-receivers, but the fact that it is the company that has to make the first move somehow mitigates this issue.

NikuReach calls itself a platform “where companies can connect with meat-eating job hunters”. The implications here are clear – something something carnivore, something something predator/hunter, something something business success. Of course, that means that vegetarians and vegans are automatically excluded. A big blind spot, if you ask me! Who knows, maybe there’ll be a parallel service called YasaiReach in the future.

It’s not all the same

The overwhelming majority of companies use the standard approach to recruiting, but the unique strategies we’ve introduced here show that it’s not always just suits, business cards, and seminars. Whether it’s a for publicity stunt or out of a genuine desire to find a new way to communicate with job seekers, some companies think out of the box to attract attention.

Which one of these options would you like to try out?

Black Companies: What they are and how to spot the...
What you need to know about Golden Week
Guide to getting your Internet plan for Japan
Cashless Payment Options in Japan
100 Yen Shop Guide – Smart Shopping for your...

Annual Leave in Japan – Taking Your Well-Ear...
Bilingual Job Fairs in Tokyo and Elsewhere 2021
How to ride your bike in Japan (the worst possible...
What I wish I had looked into before Working in Ja...
How to fill out the Customs Declaration Form for J...