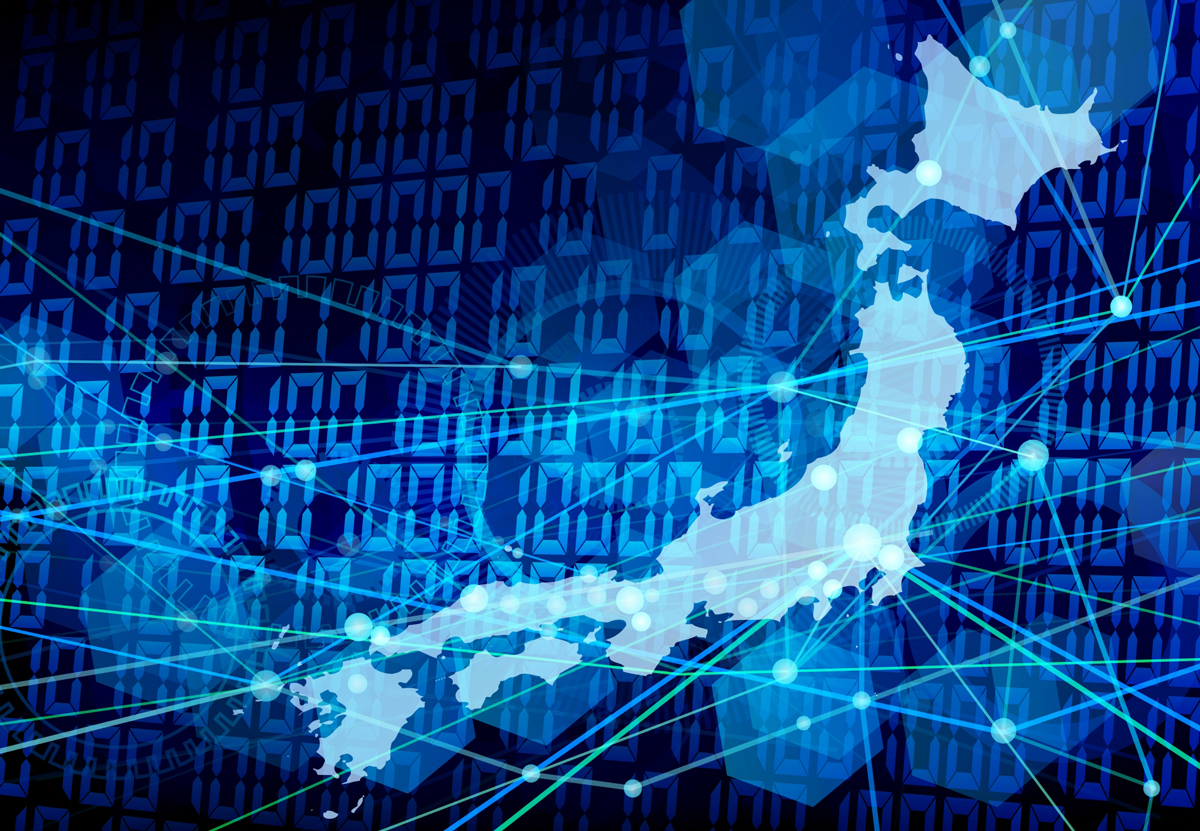 Scala, Python, Swift, and Ruby are the best paid programming languages in Japan.

The most sought after specialization by a long shot is Java. Average salaries might not be top notch, but nevertheless high. Japanese companies are always looking for good web engineers, so JavaScript, coupled with HTML and CSS is another popular combination that can get you a job in Japan.

Despite a considerable spread in annual income for professionals, Stanby data showed, that regardless of the programming language the starting salaries for new recruits are largely the same.

Actually, there are two organizations who publish data on popular programming languages in Japan: Stanby and Hrog. But first let’s take a look at the overall findings before diving deeper into the data.

Job site Stanby bases its analysis on all full-time jobs in their database. This data set’s strong point is the income range shown for every programming language, giving a more realistic insight on annual salaries for young professionals. They analyzed around 2,500,000 ads, but don’t state the amount of IT related offers. This wide database allowed for a study on a greater variety of programming languages. 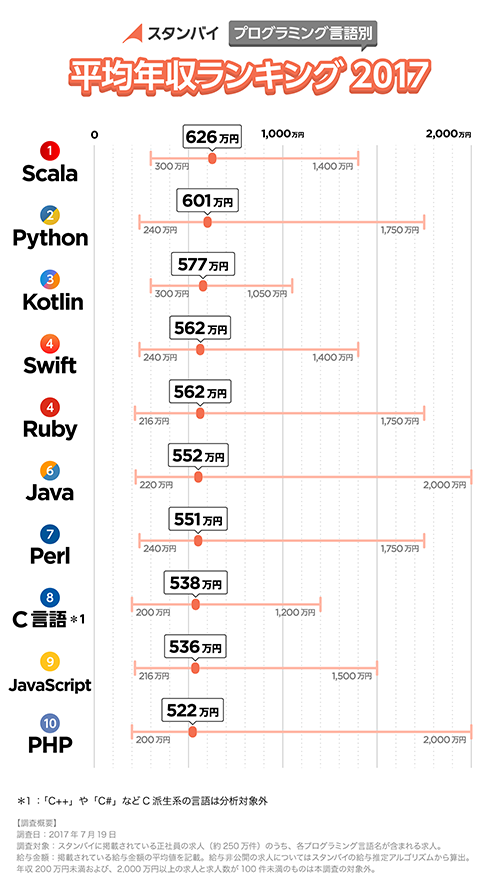 Hrog’s data set gives insight into the demand for each language. Based on popular programming languages of the previous year, job offers on one day across multiple big job sites were analyzed for the study. The 2017 data was collected from 75,596 job ads, including 11,428 programming related ones. Other than Stanby, part-time offers where included, leading to lower average salaries. 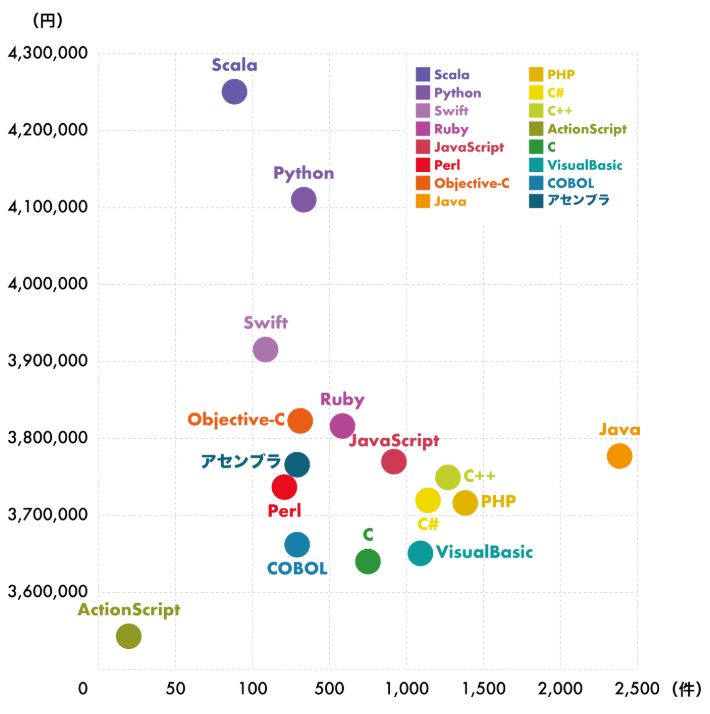 Though the different methodology of both studies led to slight variations in the results, main trends could be confirmed across both studies. It was apparent that popular programming languages differed somewhat from international or American rankings.
Especially notable is the higher use of Swift and Objective-C, due to smartphone market being dominated by Apple with 70% iPhones in the country. Ruby also remains more popular than in other countries, possibly because it was invented by a Japanese engineer.

While average income for new recruits is similar across all fields, considering the career opportunities from the start will pay off in the long term. Additional high paying programming languages include Go (5,710,000 Yen), Groovy (6,800,000 Yen), Haskell (6,700,000 Yen), Erlang (6,040,000 Yen), and LISP (5,810,000 Yen). These languages where excluded from the rankings due to very low demand but can still offer opportunities for highly specialized people.

Looking to the future it is expected that demand for programmers specialized in mobile cloud, data management, security tools, as well as M2M (machine to machine) and AI will continue to grow in Japan.

Was there anything in this data you found surprising or different compared to your home country?

In-Demand Programming Skills in Japan 2020
English Level still low even among IT Staff in J...
An Engineer’s Glimpse into the Japanese Work Cul...
A Workday in the Life of an Engineer in Japan
Share
find jobIT

Japanese Job Interviews – Know what matters
Finding a Job in Japan’s Hospitality Industr...
How to get a Job in Japan from India
Black Companies: What they are and how to spot the...
The Current State of Labor Productivity in Japan

Essential Japanese Office Vocabulary to fit right ...
How to apply for a Rakuten credit card
How to fill out the Customs Declaration Form for J...
Job Placement Service for IT Engineers
The Simple Art of Exchanging Business Cards in Jap...