Working as a Video Creator in Japan 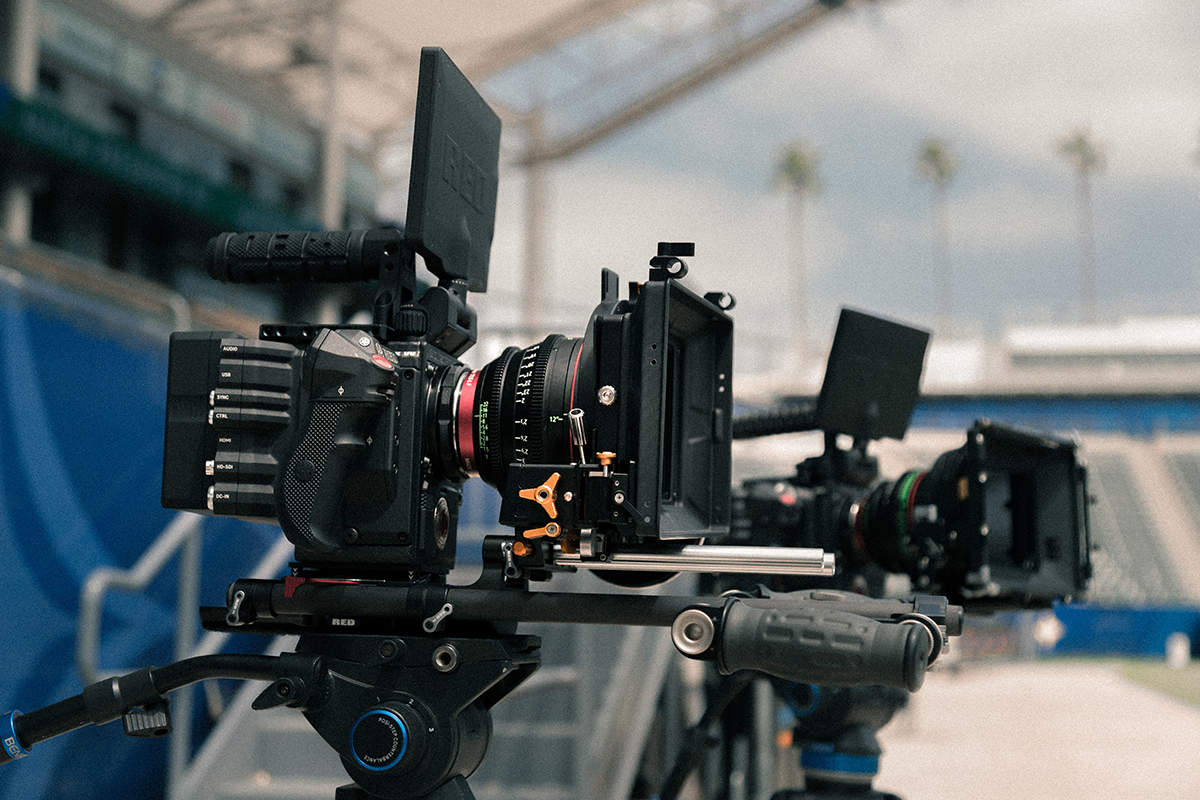 How do you find work in Japan as a film and video creator? How you get through job interviews and communicate with your co-workers when you don’t know Japanese? We talked to Joshua about his experiences in searching for a job and working in Japan. (※ This interview was translated from Japanese. The name of the interviewee was changed for privacy reasons.)

Florian: First, just tell me general stuff about yourself. Where do you come from, what are you doing here right now – just a short summary.

Joshua: My name is Joshua, I’m from Singapore and I’m working as a videographer at a Japanese IT company. I’ve been working at this company for about two years.

F: Is this your first company or were you somewhere else before?

J: No, it’s my second company in Japan. My first job was with a video production company in Kyoto. I worked there for about one year and eight months before moving to Tokyo. 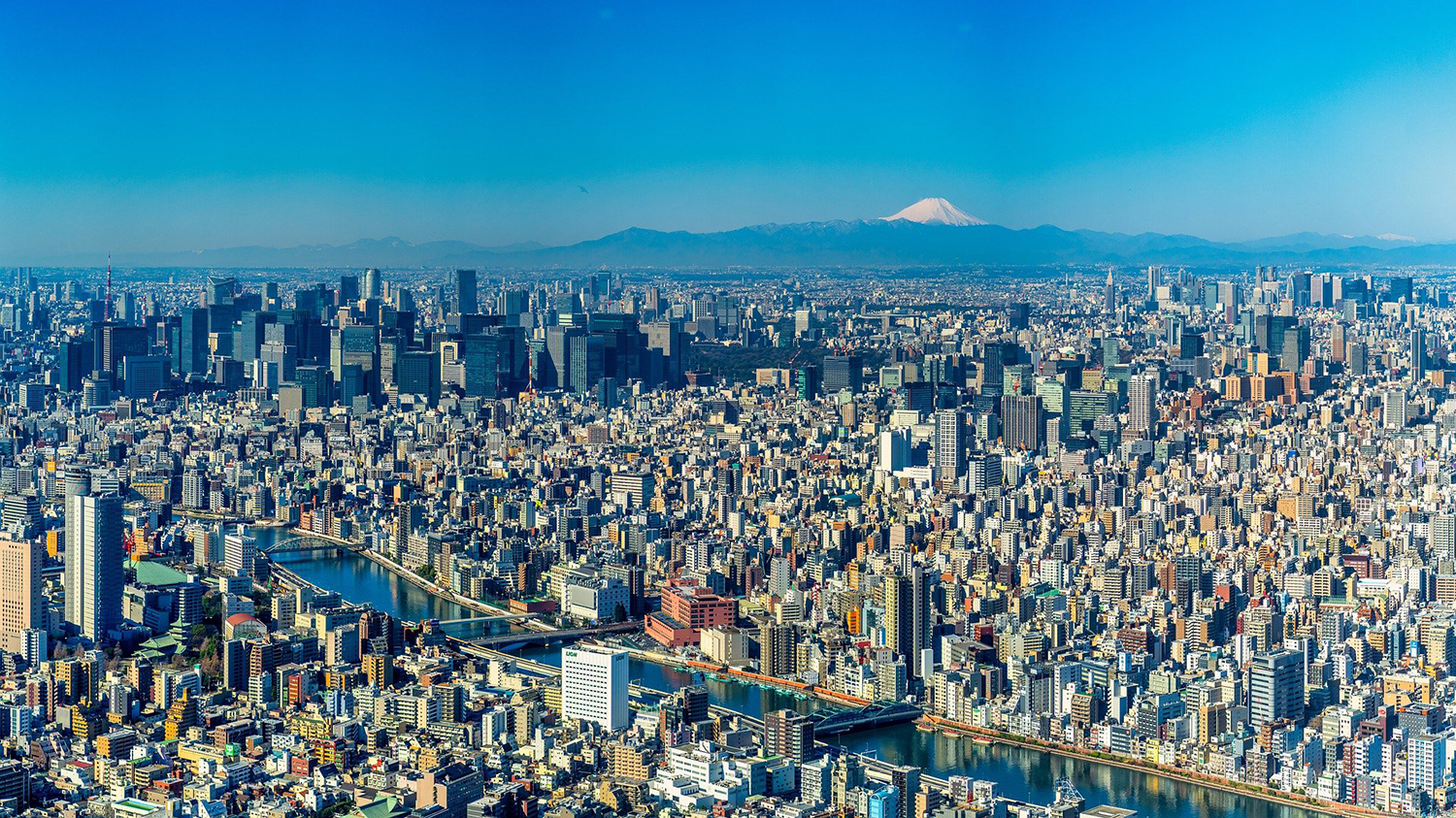 F: Did you also work in Singapore before coming to Japan? And why did you decide to come here?

J: In Singapore, I was a freelancer. So, why did I come to Japan? Well, in my third year of university, studied abroad in Osaka for one year and fell in love with the country and the people. I came to think that it would be better to work in the video industry in Japan rather than in Singapore because the market is just bigger here.

After graduating from university, I wanted to return to Osaka for work because that’s where my friends were. But in the end, I took the job in Kyoto. Kyoto and Osaka aren’t that far apart, so I was OK with it. But yeah, that was my first-ever job at a proper company … before that I was just doing freelance work.

F: And at university, you also did video-related things?

J: Yeah, I studied film production … I have a Bachelor of Fine Arts in Digital Filmmaking. I’m not creating movies now, but what I learned at university is still related to my current job in different ways.

F: It sounds like your first stay in Japan was the catalyst for everything that came after it. Was there anything specific about the country that got you interested before coming here?

J: Not really… I wanted to know more about Japan, in general. I was trying to find a place for my one year of exchange, and I wasn’t interested in America or the EU because I wanted to go to a place that was somewhat close to Singapore. At that point, I had already been to Australia, New Zealand, China, and some other Asian countries, so it was either Korea or Japan. And I don’t really like Korean food, so I chose Japan. (laughs)

F: So you didn’t know any Japanese when you first came here?

J: Yeah. We had a basic Japanese language course at the university in Osaka, but that was just Hiragana, Katakana, and things like that. I couldn’t properly speak to people.

F: How much time passed between the end of your first stay and your first job in Japan?

J: I had just six more months worth of university left in Singapore. I went back home, and after the six months were over, I returned to Osaka.

F: Oh, so you moved right back! You must’ve really liked it here. (laughs) If you couldn’t really communicate back then, how did you find a job at a Japanese company? Many assume that when searching for a job in Japan, you need JLPT N2 or N1 to find almost any job outside of English teaching. 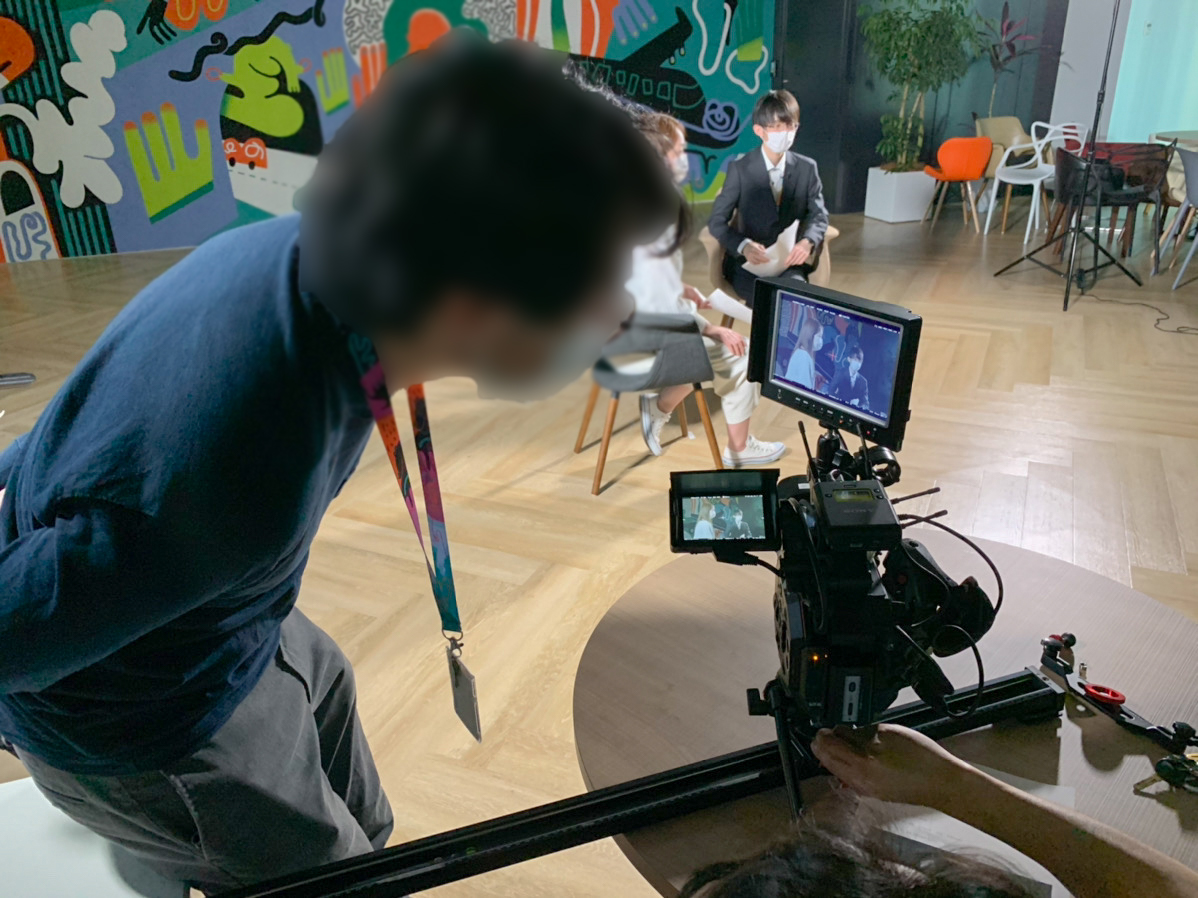 Maybe you can’t do this in other industries like banking or engineering. But in film … Japanese is not that big of a requirement. If you show that you have the ability to think creatively, finding a job is possible. You e-mail a hundred companies, maybe 10 will write back, and from those, maybe five will invite you for interviews. Well, once you go to the interviews, there IS a big communication problem. But I think you can still make it work and just see whether they call you back or not.

F: I think that’s important to keep in mind. The traditional Japanese job hunt is one option, but sometimes, you can also just apply for jobs like you would anywhere else in the world.

J: I got the job at my current company because of a friend, who used to intern here. So making some Japanese friends and getting connections is another way that you can go.

F: Was finding these connections something that just happened naturally, or did you actively search for them in your field?

J: I guess you can do “proper networking”, but it’s not something that I do personally. The recommendation for my current job came from someone in a group of friends that I made in Osaka.

Working as a video creator

F: So, what is work here like? What kind of videos are you creating at your current job?

J: When I first started working here, I mostly created commercials and other kinds of content for one of our sister companies. But now, I’m also making videos for the main company. Promotion videos, company branding, in-house videos for events, training videos… 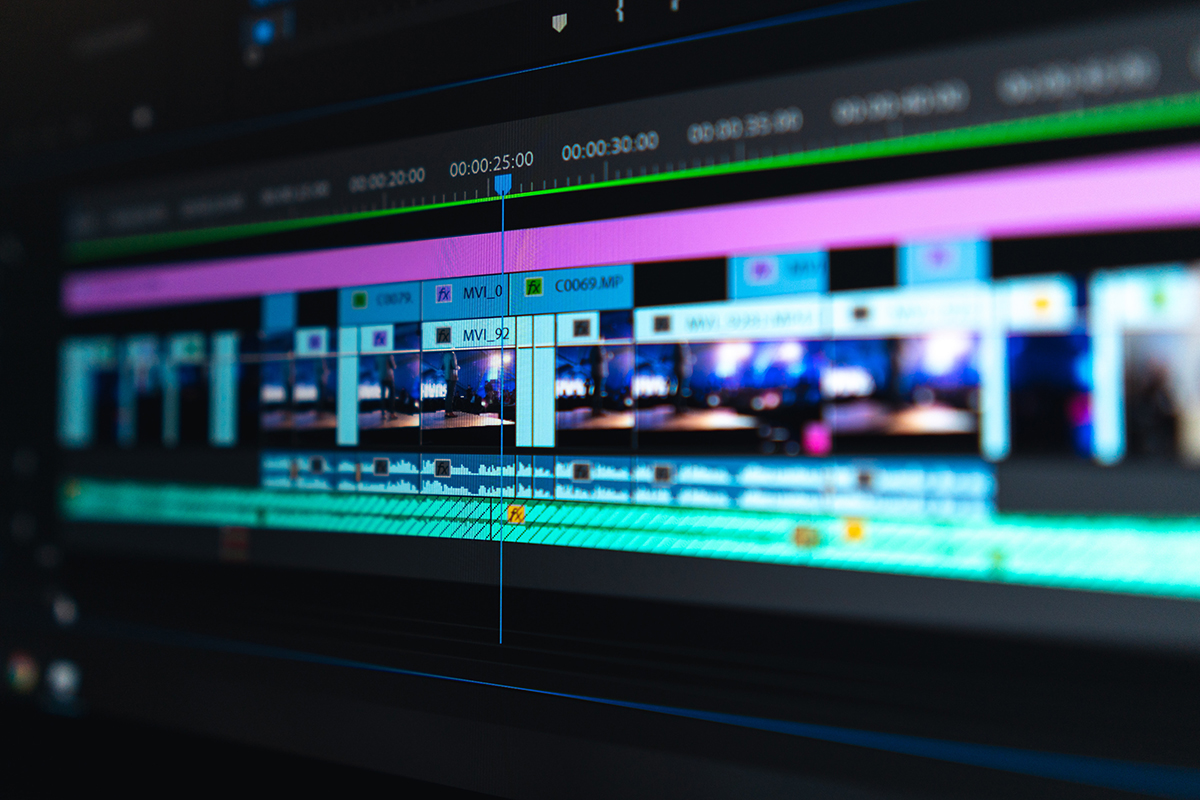 F: What kind of software are you working with? Is it different from the on used in your student days?

J: The software I use at work is completely different from what I used to work with. But even then, the overall setup is kind of similar. It’s all video production – once you know the basics, it’s easy to apply your knowledge.

For the most part, I use Adobe Creative Suite – Premiere Pro, After Effects, Photoshop, Illustrator, and Audition. I’m also trying out software like Blender and DaVinci Resolve. The first time I used Blender was for a company event. I wanted to try something new, and Blender is free, so… I just started experimenting with it. I kind of like it now. 3D animation has a lot of potential that you can’t tap into with classical filming, so want to explore that a bit more in future projects.

The biggest difference between university and my current job is the type of videos I make. University was very film- and movie-centered, but my current work is more focused on marketing. Well, and the videos are for the Japanese market, not Singapore. You have to find out what your target audience is interested in and how you want to reach them. 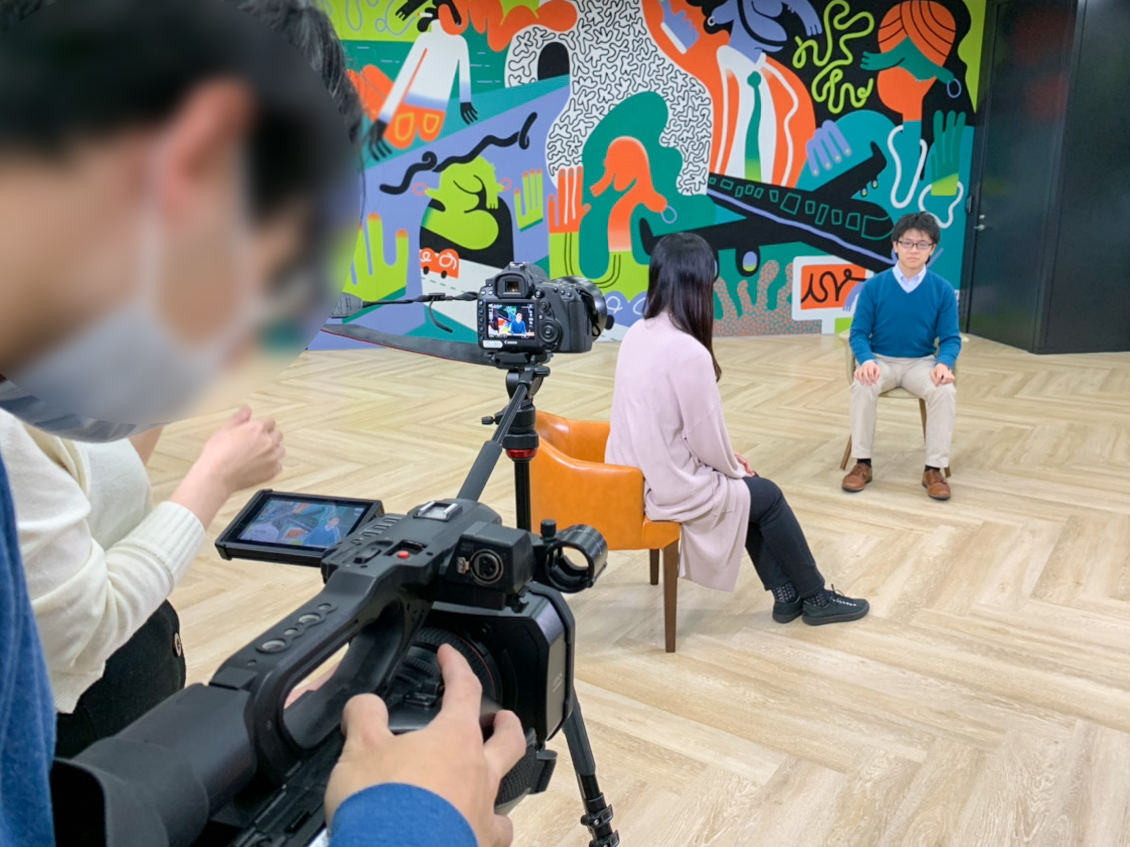 F: Can you give me an example of a project that has been especially memorable for you?

J: Hmm … one of the more interesting projects I was involved with was a commercial for one of our company’s services. The video was only about 15 seconds long, but it was displayed at a huge screen right outside of Shinjuku station!

F: Is your work now any different from your first job in Kyoto?

J: Yeah, it’s totally different. Now I’m doing mostly in-house stuff, but in Kyoto, we were working for clients and also did a lot of music videos and short films.

F: What made you change places and come to Tokyo?

J: Well, money… (laughs) The pay is higher here, and there are also more opportunities. Kyoto is nice but the main economy there is tourism, so there’s a limit to what you can do. In Tokyo though, there are so many different companies, and there’s so much work to do…

F: You came to Japan for work right after your first time here and you didn’t know much Japanese at that time. How was communication back then and how much have you improved?

J: I didn’t learn much Japanese on my first exchange here. At my first job in Kyoto, my boss could only speak Japanese … well, maybe a little bit of English. It was hard to communicate. We used Google Translate and other tools I don’t remember, but somehow we managed to understand each other.

The longer I stayed, the better my Japanese got, but … I think I’ve made most of my progress after coming to Tokyo. At my current company, I have to write daily reports and use proper formal language, all in Japanese. I guess it was a steep learning curve, but it’s good.

F: What do you think is most important when it comes to communicating with Japanese people or at a Japanese company? Were you surprised by anything?

J: The biggest surprise was the daily reports that we have to write in Japanese. At first, I didn’t know what to write at all, but now I’m used to it. I just write what I think, and if I don’t have anything to write, I just put a summary of what I did during the day. 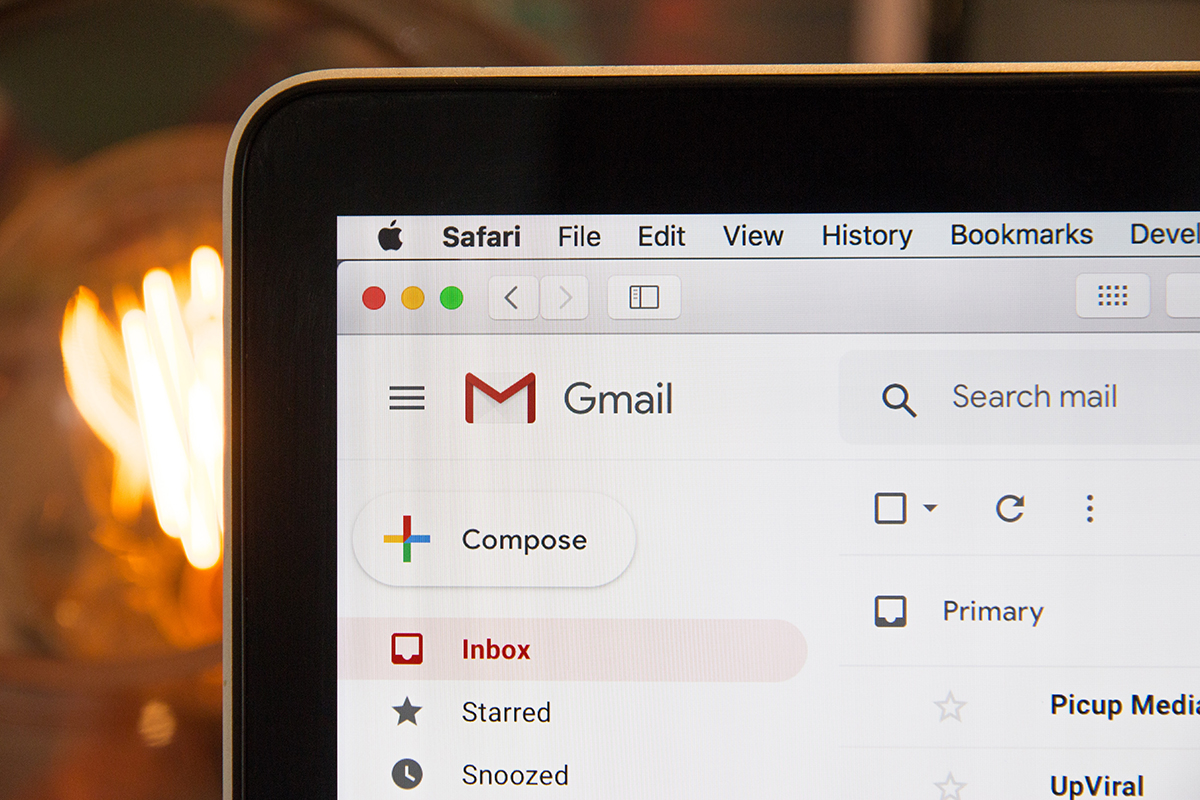 If you can’t express yourself in Japanese – by the way, my Japanese still isn’t that good – there are different ways of expressing yourself. Showing images, showing videos, drawing… Pure language skills are maybe not as important as they are for other kinds of work. But sometimes they’re essential, for example when writing copy, slogans, and stuff. That’s what I want to improve this year.

F: So right now other colleagues are writing copy for the videos?

J: Yeah, right now someone else is always writing the narration for me. I always give feedback and then we discuss from there. But I’d definitely like to write for myself as well.

F: If you had to give people who are either exchange students in Japan right now or are still abroad in both video creation and working in Japan … if you had to give them any kind of advice, what would you tell them?

J: If you really want to find a job, don’t just look at the job portals and openings. Search for company names and call or e-mail them directly. For financial stability, you can work as an in-house video creator. If you want to do film stuff or commercials, you should freelance. Doing freelance work in Japan as a foreigner a lot more troublesome than being an employee, but I know some people who do freelance film work here. Also, it’s important to have a portfolio!

Interested in working as a web marketer in Japan and still have questions? Ask away in the comments! We’ll check back with Joshua and give you some advice about how to prepare and find a job. To find out more about Joshua’s company, check out our article on it over here. You can also visit the recruitment sites (*in Japanese) directly by clicking the buttons below! Applications are always welcome.

Find out how others got their jobs!
■ Everyday work as a designer, Tanya from Ukraine
■ Working in Japan without speaking Japanese, Mustaq from India
■ Online Application and the Apparel Industry, Clemence from France
■ More job-hunting advice from your Senpai

Japanese Group Interviews – How to Stand Out...
Guide to Walk-in-interviews in Japan
Japan’s most popular sport – is soccer...
What is the JLPT and When to Take it
Taking JLPT N2 and N1 – Study Tips

Annual Leave in Japan – Taking Your Well-Ear...
IT Jobs in Japan for Foreigners
Learn Business Japanese at Linguage Japanese Langu...
Online Applications: Get Your Dream Job in Japan
A Workday in the Life of an Engineer in Japan