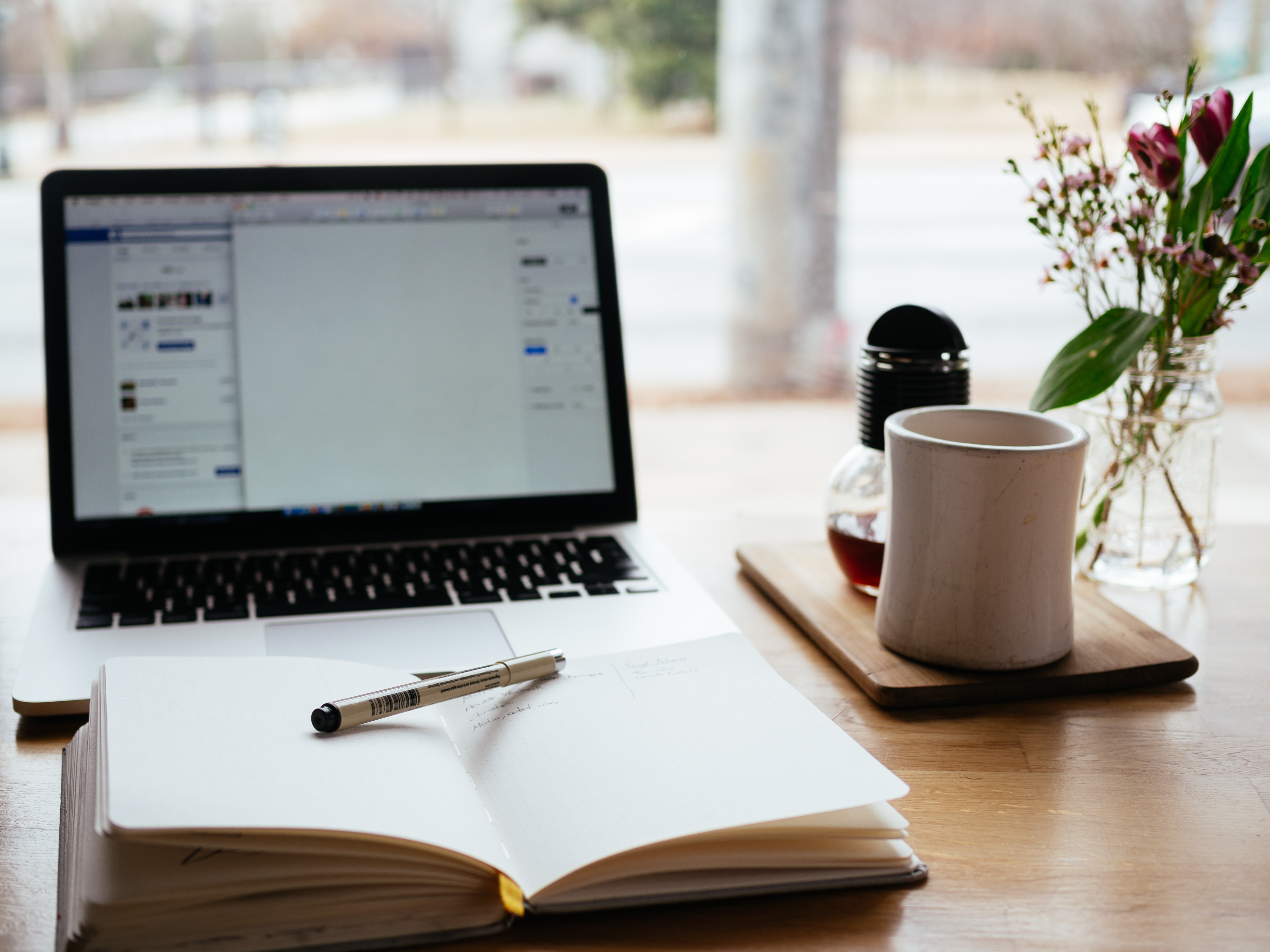 IT is one of the more open and international Japanese industries. That being said, whether you excel in Japanese ability or IT experience, it’s better to come prepared. Read on to find out what you can do to make the transition from your home country to Japan as smooth as possible.

IT in Japan – A solid option

Back in January, we looked at some IT job options you have in Japan as a humanities major. In contrast to other highly specialized sectors in Japan, IT is relatively open for both complete newcomers with little or even no previous experience in the field AND experienced foreigners with not-yet-optimal Japanese skills.

The numbers show that IT companies still prefer people that can become “immediate assets”. These are proving to be quite hard to find though, as the language barrier and other factors limit the pool of candidates. As we explored in our article from earlier this month, in a situation like this, highly motivated fresh graduates are the next best option.

So no matter if you haven’t started your job hunt yet, are right in the middle of it or have already secured yourself an offer, proper preparation is key if you want to make it in Japanese IT. It will both give you an edge over other applicants and reduce the initial “shock” that comes with working in Japan.

Below, you can find tips on how to prepare for an IT job in Japan. Some of these things I did myself, others are things that I wish I had done (more).

It’s safe to assume that for most, the language barrier will be the biggest hurdle when it comes to working in Japan. Making yourself comfortable with industry-specific jargon will help reduce initial confusion.

Below are some examples of Japanese websites that deal with IT news and topics. How about reading some articles on there, picking up new vocabulary as you go?

Try to pinpoint the things you want to learn about as accurately as possible. Once you’ve done that, you can narrow down your search to personal blogs or articles on websites like note. You can also set up some Japanese Google Alerts that will automatically feed you fresh content to read every day.

Working in IT means knowing how to program – this probably is one of the more common assumptions out there. I remember thinking like this when I did my job hunt. But as it turns out, that’s far from accurate. Essentially, it’s like assuming that everyone who works in automotive manufacturing knows how to assemble a car.

As we explored in this article, programming is not the only thing you’ll be able to do in Japanese IT companies, especially if you enter as a fresh graduate. Still, knowing fundamentals never hurts.

In the broader IT world, HTML and CSS are considered to be so basic that it’s not even worth to be put on your resume as a separate point on your skills list. Can you really claim that you’re interested in working in an industry if you’re not even trying to meet the minimum requirements?

Even if you end up not writing the code yourself, knowing how things work on a general level will help smooth out communication and cooperation with other people at your company or office.

On the internet, there are a lot of free resources for learning HTML – w3schools, codecademy, freeCodeCamp, learn-html and many others. Most of the courses offered on these websites also include an introduction to CSS.

Of course, if you’re aiming to add “programming” to your list of hard skills, you have to put in a bit more work. HTML and CSS don’t count as programming languages. You’ll have to look at things like JavaScript, Python, Ruby or C++ (if you have the chance, make sure to ask what the company you’re applying for mainly uses or deals with).

This can be considered a follow-up to the previous point. While saying that you’re learning HTML/CSS or a programming language will certainly earn you some points, it’s also something that everyone can just claim.

What truly gets recruiter’s (or future boss’s) attention is any kind of proof. They want to see that you set a goal for yourself, planned out the road leading to it and finished on time. It doesn’t really matter if it’s a website you created (or merely customized) on your own, a simple browser application or a small design portfolio.

Aiming for a non-engineer position, maybe something like project management? Get some Japanese books on the subject and read them or turn something from your everyday life into a “mockup project” (even if it’s your next term paper). In general, showing any kind of result is better than just saying “I’m learning”.

Look at and analyze the competition

One thing I was told both before starting to work at my current company and after joining was that I should just look at a lot more websites. Of course, they didn’t mean that I should just blankly stare at them or just have fun on the internet. What they wanted me to do is broaden my overall knowledge and “gain wisdom”.

Japanese companies are often characterized as especially risk-averse. While managers generally appreciate the fervor newcomers bring with them, they are also very cautious of letting them go “too far” right away. A common conception is that you have to first learn to follow the rules perfectly before you’re allowed to break them. And don’t make a mistake: In this case, “the rules” means “the Japanese rules”.

Let me use web design as an example. Even if you’ve already read a lot about web design in English, the basic assumption you’ll be faced with upon entering the company as a new graduate is that you don’t know anything about a) Japanese web design and b) web design in a “real world” business context.

When making proposals to you Japanese higher-ups, one of your main priorities should be making the thing you’re suggesting seem as safe as possible.

The easiest way of doing this is providing a lot of backup evidence – in case of web design, a successful website that is structured almost exactly like the thing you have in mind. Oh, and of course, preferably a Japanese one. Many Japanese managers and higher-ups still have bad cases of “English allergy”, so using Japanese products as benchmarks will help convince them faster.

So whatever it is that your company is selling or that you want to create: Look at and analyze the things the Japanese competition offers, and build up a stock of “passive knowledge”. For web design, you could comb through sites like muuuuu, I/O 3000, w-finder, Sankou! or LP Atsumemashita. Don’t ignore examples that don’t look flashy – they’re often closest to what you’ll be dealing with on a daily basis.

To be fair, it’s already very common for non-Japanese people to do at least one internship during their time in university. However, if you’re interested in working in Japan and still on the fence, I’d definitely recommend doing it.

Until a while ago, long-term internships were almost unheard of in Japan. Nowadays, there are more and more Japanese companies offering them, but many are part of the company’s official recruitment process. This means you can only do the internship if you’ve already secured a job offer (内定, ないてい) – almost the complete opposite of how things work outside of Japan.

If you’re here for a year abroad in university or on a working holiday, you might not be able to do these kinds of “post job offer internships” even if your job hunt ends in success. Main issues are time constraints at your university at home and additional travel costs. Check with the people at the company if they’re able to support you in any way.

You could also do a “classic” long-term internship (e.g. six months, separate from recruitment procedures). If you’re studying in Japan and don’t have enough remaining time, consider searching for a part-time job in your company’s field. In many cases, what you’ll be doing as a part-timer isn’t going to be so different from your routine during an internship.

The last option is to just do an internship in the relevant field in your home country. It won’t prepare you for work in Japan, but if you already know what you’ll be doing (e.g. after receiving a job offer), getting some early experience can still be valuable.

The tips given here are just some ideas based on my own experience – depending on your own skills and goals, some of them might be more useful than others. For example, if you already have some programming knowledge, it’s probably a good idea to focus on the vocabulary part or get a better view of the Japanese market.

The bottom line is that preparing for a job in IT doesn’t have to mean learning Python. Think about where your strengths lie or what weaknesses you want to get rid of and go from there. With proper preparation, working in Japan might prove to be easier than you thought.

Dresscode for Japanese Job Interviews – Re...
Japanese Job Hunt – Beginning of A New Era...
Suits or no suits – What to wear for your ...
Visa Guide for Internships in Japan
Share

Annual Leave in Japan – Taking Your Well-Ear...
Essential Japanese Office Vocabulary to fit right ...
Moving to Japan – Packing Checklist!
How to Schedule a redelivery (Japan Post)
What I wish I had looked into before Working in Ja...

Where can you use Suica?
Eating on the Cheap in Japan
SPI Test: Everything You Need to Know
Getting a Mobile Phone in Japan – Long and S...
How to Change Jobs in Japan – A timeline