Is it easy to get a Job in Japan? 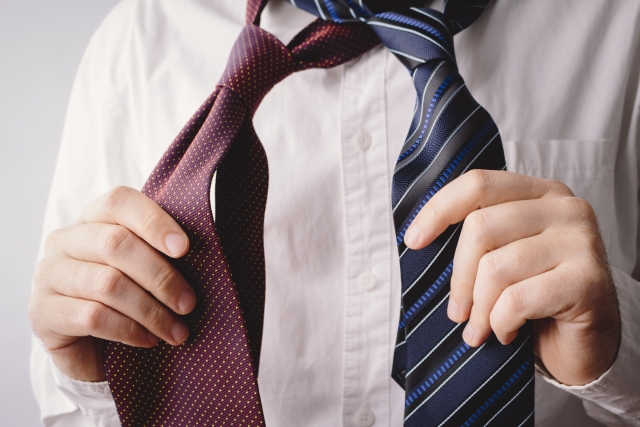 The job market in Japan is opening up to foreigners. But how much competition should you expect, and how many options are you likely to have? We looked at some surveys to give you an idea of the current situation in different industries sectors.

If you’ve read about the Japanese job market in the last few years, chances are you’ve encountered the word 人手不足 (ひとでぶそく). This Japanese word for “labor shortage” is abundant in economy-related newspaper articles and official government documents, along with the term “aging society” (高齢化社会, こうれいかしゃかい).

With the overall population of Japan decreasing, it has become increasingly difficult for Japanese companies to fill positions. As a result, the rules of supply and demand dictate that job seekers now have more freedom and more options to choose from – it’s a seller’s market (売り手市場, うりていちば). Or is it?

Back when I was job-hunting (about two years ago at this point), being aware of the general job market situation helped me being less pessimistic about my goals. I always told myself that companies in Japan were a lot more open to foreigners nowadays and that I could definitely find a company that would sponsor my visa if I just kept trying.

I wasn’t wrong: It IS true that finding a job in Japan is easier than ever. However, that doesn’t mean that every company is automatically going to welcome you with open arms, even if you can clear the language requirements. It’s always good to stay optimistic, but too much optimism right from the start can easily result in some sense of disillusionment down the road.

So – what should you expect? If you just want the tl;dr, the two most important takeaways are:
1. Even in a market that favors job seekers, getting into big companies is still difficult
2. Job demand is highly dependent on the sector you’re searching in

Now that you know what to expect, let’s look at the numbers – more specifically, the selection rates for different companies and sectors.

However, it didn’t stop there. In 2017, the selection rate rose to 1.5, marking a new historical record. So far, the rate’s high point (1.4) had been in 1990, during the height of the so-called “Bubble Era” that is now associated with abundant wealth. So yes, at least by definition, Japan’s job market is indeed a seller’s market and will most likely continue to be one for quite a while.

Of course, the numbers change depending on the methods, scope, and specifications under which surveys are carried out. The numbers we introduced above are the official, governmental ones and include every type of job seeker and every sector. While these numbers give us a general idea of where Japan as a whole is headed, they only allow for very broad statements with relatively low explanatory power.

In 2019, the human resources company Recruit carried out its yearly selection rate survey for 2020, limited to positions for fresh university graduates. The results are based on the answers of around 4,400 companies in Japan.

Looking at the results, it becomes clear that the bigger the company, the lower the selection rate – i.e. the numbers of job positions up for the taking. In 2020, the rate for the biggest companies (5000+ employees) was at 0.4. Mid-size companies (between 300 and 4000 employees) had rates slightly above 1. The rate for small-sized companies (300 employees and less), though, was on another level – at 8.62. And that number had gone down that year, from 9.9 in 2019!

While the gap here is huge, these results are not exactly surprising, since over 80 percent of Japanese citizens are working in small-scale businesses. Those businesses have always had the hardest time finding new employees, although it is worth mentioning that their situation has worsened considerably compared to around five years ago.

How about sectors? The Recruit survey showed that the selection rate was highest in the distribution services sector (流通業, りゅうつうぎょう) at 11, followed by construction (建設業, けんせつぎょう), at 6.2. Manufacturing (製造業, せいぞうぎょう) took third place with a rate of 1.9.

These numbers show that Japanese businesses are having huge problems filling so-called “blue-collar” positions – truck drivers, delivery people, construction workers, factory employees, and so on. Of course, this has to do with the fact that work in the corresponding sectors is mostly considered to fulfill at least two of the “three Ks”: きつい (demeaning), 汚い (きたない, dirty) and 危険 (きけん, dangerous).

Aside from the above-mentioned sectors, IT is often claimed to be another field facing a serious labor shortage in Japan. The Recruit survey doesn’t offer much insight here, as it groups the IT and media sector (情報業, じょうほうぎょう) with all kinds of other “services” (サービス業, サービスぎょう).

Overall, data on IT jobs for fresh university graduates seems to be very scarce. However, looking at the numbers for mid-career job changes (転職, てんしょく), the IT sector does appear to be quite talent-starved. According to the results of surveys carried out by doda, IT selection rates are currently hovering around the number 8 – far higher than other sectors like media (2), medical (2), retail and dining (1) or trading/distribution (1).

So there we have it: While it is true that the Japanese job market is favoring job seekers in general, students still have to put in a lot of effort to join big companies in popular industries. Now, the question is: How can you effectively compete against Japanese job seekers? Here are some basic, but essential tips.

If your plan is to waltz into a job fair, fill out entry sheets at the Sony, Mitsubishi, Nintendo, Toyota, and Shiseido booths and then leave, your chances of getting a job are probably not very high. This is especially true if you have a degree in humanities or a similar field and can present no particular hard skills other than your Japanese and English abilities.

Many Japanese students hand in a ridiculously large number of entry sheets during their job hunt. It’s not rare that you see people applying for 30+ companies at the same time. They do that because they know that they will not make it through most selection processes – applying in high quantities ensures that they’ll get at least 1-2 job offers at the end of the process.

Of course, if you’re regularly enrolled in a Japanese university, you can do the same. However, many foreigners simply don’t have the time for the full Shuukatsu course, be it because they have to work to support themselves during their working holiday, are busy with university or have to leave Japan again before each and every company event ends.

You can still mimic the Japanese student strategy by diversifying your options as much as possible. For example, if you’re looking for a job in the gaming industry, don’t just apply to Sony, Nintendo, Square Enix, and Capcom. As we’ve seen, everyone wants to join the big companies, so “apply and hope” isn’t a winning strategy.

Instead, include some smaller companies in your options, maybe ones you hadn’t even heard of until now. If you do it right, a small selection of 5-10 companies can easily take you as far as 30+ hastily submitted applications. Essentially, it’s quality over quantity. Which takes us to the next point…

Another reason why Japanese university students apply for so many companies is because many of them don’t really know what they want to do. All they know is that they have to find a stable job in their final year of university, or things are going to get uncomfortable.

In an environment like that, you can pull ahead by knowing exactly what you want to do and why you want to do it. One reason why Japanese companies may consider foreign applicants over Japanese ones is that they show more “fire” – after all, they have spent a lot of time and money coming to Japan, learning Japanese, etc. Compared to a Japanese person who can always live here, they have a higher base motivation.

While the days of lifelong employment are long over, identification with the company and a high degree of motivation to learn are still highly valued in Japanese companies of all sizes. In fact, I’d say that thorough research that leads to a believable motivation is far more important than university majors or a few hard skills.

So whenever you apply to a company (no matter the size), be sure to look at their website and other materials very carefully. Extract as much information as possible and craft a “why I want to join this company” narrative that is convincing both to yourself as well as the HR people you will be talking to. Even then, a lot of questions will remain. Save them for the interviews, as they show that you are truly interested in the company or the profession you’re aiming for.

However, when formulation your motivations and goals, be careful to remain somewhat realistic. Japanese companies appreciate huge dreams, but the road leading to them is expected to be a long one, with many small learning experiences along the way.

In Japan, hard skills aren’t as important as in the USA or Europe when it comes to securing a job right out of university. However, in certain industries, some degree of experience is certainly a plus.

The big one here is IT. As the surveys and numbers show, there is a huge demand for IT talent in Japanese companies. Their first choice are professionals with years of experience that can benefit the company immediately (即戦力, そくせんりょく). However, it’s also clear that they haven’t been able to find enough people that fit that description.

In a situation like that, the next best option are young people that might not have a lot of skills but are eager to learn and show true passion. Training them might take some time but they will “become useful” much earlier than someone who has no big motivations beyond a stable income. The bigger your skill base, the stronger the evidence that you indeed are such a candidate.

In this sense, IT is probably the field that is most similar to “the west” when it comes to getting a job in Japan. Skills here matter more than elsewhere.

For many foreigners, language abilities are the first priority for job hunting in Japan. However, especially if you’re aiming for a big and well-known company, even the combination of a passed JLPT N2 or N1 and a generally favorable job market doesn’t outright guarantee you a job.

Nevertheless, you can compete with Japanese students by valuing quality over quantity and showing enthusiasm in form of plans for the future and some hard skills (or the will to acquire them in the time before you join the company – remember, once you get the job, you still have around 1 year left).

Customs – What can I bring to Japan with me?
Bowing in Japan: The Right Bow for Every Occasion
Lifetime Employment and Japan’s Future
Cashless Payment Options in Japan
Job hunting in Japan and the Coronavirus

IT Jobs in Japan for Foreigners
Business Casual – Guide to Choosing the righ...
The Current State of Work-Life Balance in Japan
The 3 Stages of Mastering Japanese Group Discussio...
Eating on the Cheap in Japan