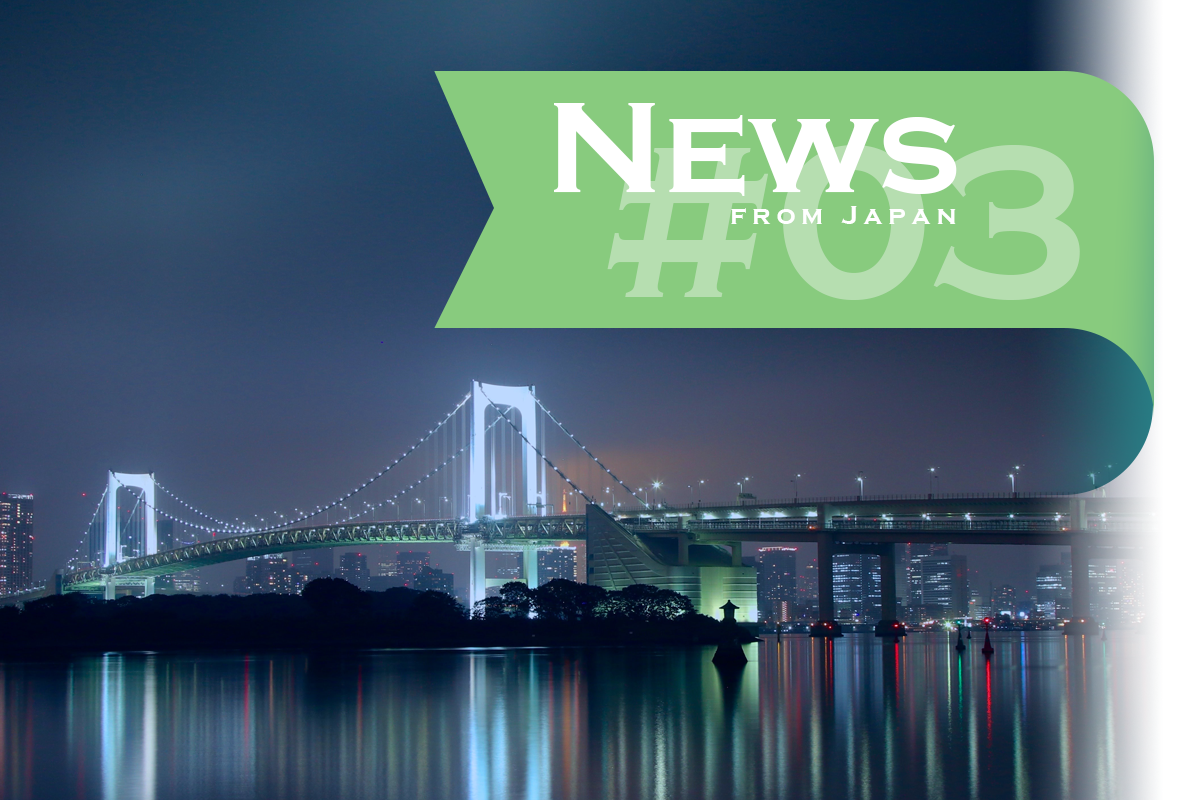 As the number of new infections decreases, businesses reopen and Japan tries to enter a “new state of normality”. We looked at the recent unfolding of events, with a focus on Tokyo.

Life in Tokyo – Back to normal?

With regulations being ramped down, Japan slowly seems to be returning to everyday life. The state of emergency was finally lifted for Tokyo on May 25th. On June 1st, the capital officially entered step 2 of its plan for gradually relaxing coronavirus-related restrictions imposed on citizens and businesses.

The relaxations started with step 1 last week. Museums, libraries, and schools were allowed to re-open. Now, businesses like private tutoring schools (including Eikaiwa), theaters and cinemas, department stores, and sports gyms have also been given the “go” sign.

In the next step, karaoke boxes, pachinko parlors, amusement parks, etc. will be officially allowed to re-open as well. Whether that happens will depend on the number of new infections. Tokyo’s government said that it will gradually continue its relaxation policy in two-week intervals.

Of course, these aren’t strict orders, but only “strong requests” (要請, ようせい). Businesses that decide to go against the plan can’t be directly punished. Some places, like the Tobu department store in Ikebukuro, already decided to reopen last week. However, many businesses seem to follow the government’s guidelines.

The basic assumption underlying all of this is that people will respect the ongoing situation and create a “new lifestyle” (新しい生活様式, あたらしいせいかつようしき) where everyone is conscious about social distancing, hand washing and wearing masks.

When the emergency state was first lifted, many companies were still somewhat reluctant about going back to normal. Many of those that had introduced working from home decided to at least extend their “emergency measures” until the end of March. Companies like Honda, Sony, and Dentsu decided to gradually increase the percentage of employees in their offices starting in June.

Others, like Hitachi, Bridgestone, and stock image provider Pixta, were more careful, extending their existing “work from home” policies indefinitely – for the foreseeable future.

There are also companies (mostly smaller ones and startups) that have used this opportunity to convert to a completely new working style. For example, audiobook producer Otobank and IT consultant BRAIN WAVE announced a permanent shift to telework.

After being forced to try it out once, many companies have noticed that in many cases, work can be done just as efficiently – or in some cases, even more efficiently – without having every single employee commute every day. Here’s to hope that this will remain as a positive after-effect of the pandemic.

Even then, many employees were asked to return to their office desks. One area where this clearly showed was the public transportation system. Commuter density was almost back to normal on June 1st.

In the early hours of the morning, the hashtag “packed train” (#満員電車, まんいんでんしゃ) was trending, with users pointing out the contradictions between the government-proclaimed “new lifestyle” and the reality of the situation:

In restaurants, we’re asked to avoid the “three Cs” and leave space open, but apparently trains are fine as long as they open the windows. I don’t know how to feel about politicians and TV stations saying nothing about this. With the trains looking like they look today, I think the number of new infections is definitely going to rise… But I guess it’s also true that you can’t control it…

It looks like the situation (at least in Tokyo) is far from over. On June 2nd, there were 34 new infections in the capital – numbers in this range were last reported around May 14th. Online, this has drawn criticism from commenters. But people also understand that this may just be what society will have to deal with for a while.

I can understand the “With Corona” mindset and prioritizing the economy, but both the lifting of the state of emergency and the shift to step 2 came way too early.
With things being like they are right now, you can easily imagine what it’s going to look like in two weeks.
They should send out the “Tokyo Alert” this evening.
We have to be quick to regulate and patient about relaxing [the regulations].

The “Tokyo Alert” that is mentioned here was indeed sent out that evening – the Rainbow Bridge in Tokyo’s Minato ward (as well as some other landmarks) were lit up in red. This is just a general warning sign issued by the metropolitan government to the residents of the Tokyo area. Aside from the light-ups, there are no other direct consequences. The state of emergency is expected to be (re-)proclaimed if new infections rise to a “5 per 100,000 people” level (on June 2nd, the rate was about 0.8 per 100,000).

Meanwhile, many new university graduates in Japan still have trouble finding their first job. On June 1st, the job platform MyNavi caused some discontent on social media by announcing support for next year’s graduates (because those students can now start to apply for summer internships on the platform). Understandably, many were irritated, asking where the support for this year’s graduates suddenly went.

On the other hand, the Japan Business Federation (Keidanren) has been talking with universities and announced on May 29th that it will organize and hold additional job fair events in summer and autumn this year to make up for all the canceled ones in March and April. It also announced that its members will continue to give job seekers additional chances. The quote below is from the official statement on the federation’s website – a classic example of a formal text with long, run-on sentences.

The businesses [members of Keidanren], will carry out their recruitment activities flexibly and make efforts to stay transparent while doing so. Furthermore, they will also make sure that students from rural areas will not be put at a disadvantage when compared to students from the cities. They will put their best efforts into securing multiple recruitment opportunities throughout the year.

The state of emergency may have been lifted, but it’s going to be a bumpy ride until things can truly go back to normal. Chances are that especially Tokyo will go through multiple cycles of regulation and relaxation, and businesses will react to whatever guidelines the government lays out.

The 5 most important everyday expressions at the...
Five reasons for using an electronic dictionary ...
Japanese Pronunciation and How to Practice with ...
5 Pillars of Japanese Manners
Share

Job hunting in Japan and the Coronavirus
How to Work in Japan Without Speaking Japanese
Moving to Japan – Packing Checklist!
Average salaries for Young Professionals in Japan
Bilingual Job Fairs in Tokyo and Elsewhere 2021

Taking the Perfect Resume Picture in Japan –...
Finding a Job in the Japanese Travel Industry
The Japanese Employment System and Contract Types
Working in International Teams – A Japanese ...
Difference between Visa and Status of Residence