The 5 most important everyday expressions at the office 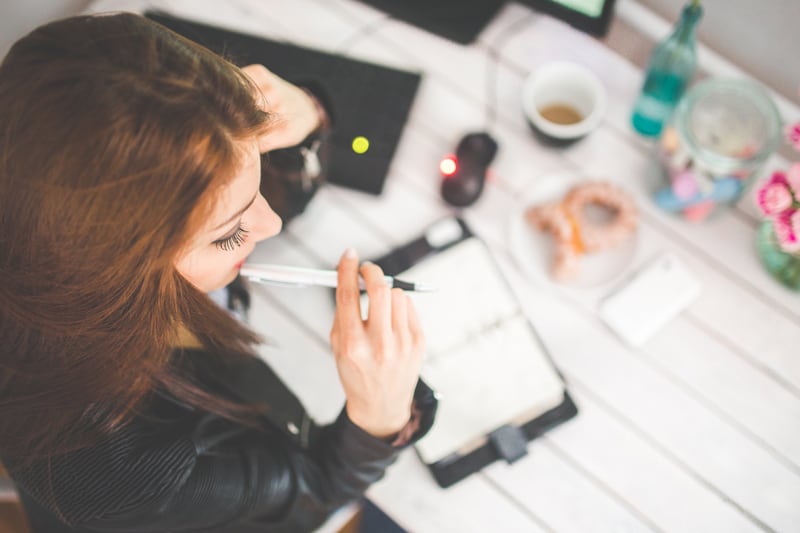 When working in Japan, fluency in the language is a desirable skill. Especially if you don’t want to step on anyone’s toes with awkward Keigo.

To help you fake it until you make it, here a list of the most commonly used expressions at the office. You will hear them daily and they can be real life-savers. That is, as long as you don’t mix them up with other versions. Using a less polite version can be okay on occasion, but there are also expressions with similar meaning which, when used in a business context can be outright rude.>

おれです is a phrase you probably hear a lot. If translated, it is often rendered as “Thank you for today/your help.”
It shows appreciation and Japanese people use it as a greeting, to say goodbye, or to thank someone for their work. You will also hear おれでした。When you ask Japanese people about the difference, some will reply that you use it after a task is finished, but in most cases you can use both versions interchangeably.

It is also used among co-workers or in a circle of friends, for example after finishing a sports game. Pay attention to how the people around you are using it and and say it back when someone says it to you.

NG (no good): X ご苦労様です。(ごくろうさまです)
You might have seen this expression in a manga, or heard someone around you say it. It is only used when talking to someone in a lower position. Saying it to a higher-up or among equals will be considered rude in the workplace. I have never heard anyone use it, not even the CEO. So best stay clear from it and stick to the respectful, お疲れ様です.

いたしました means as much as “ok,” “I understand” or “I consent.”
This expression is polite, but it is not a humble expression, meaning you show respect without lowering yourself. You can use it in business situations, towards your boss and customers.

More polite: かしこまりました
This is one level above いたしました。It is both polite and humble and you will mostly hear it said to customers (think of restaurant staff).

NG: X しました orです
This one sounds casual and is simply not a polite expression, even though it has the -ますending. Just is often used informally between friends and family.

With this structure you can ask things like “Can I have a minute” or “Would you have some time today.” It is a polite way to ask someone to give you some of their time. The time is often added at the beginning of the question. For instance: (now), (a minute), (tomorrow), 8:30, etc.

Being specific will make it easier to get a positive response because it allows the other party to grasp the urgency of your request and the time it is going to take them. Follow up with a short sentence on what exactly it is you want, and you set the best conditions to get a positive reply.

NG: X およろしかったでしょうか
Even native Japanese people frequently mix this one up, so don’t be startled, when you hear it. The past tense doesn’t make it more right, only plain wrong. Best stick to what you learned.

Translates to “May I…”, “Is the understand that … correct?” in most cases.
This is the same grammatical form that also caused number three on this list. Working at a Japanese company I find the よろしいでしょうか incredibly useful, as I can add it to most anything I want to ask, without having to worry about whether the question might not be phrased polite enough.

More casual: いいですか
Most of us learn this version early on. It is basic polite, to the point and versatile. よろしいでしょうか is merely the more polite, fail-safe grown-up version of it.

NG: X これで結構でしょうか
This expression is also supposed to check whether something is okay the way it is. The problem is that 結構 is typically used as an answers and should not be used in questions.

With しございません you are saying that you are sorry. A mistake you made, something you didn’t notice, sometimes just said to clear the air, an apology can come in handy on many occasions.

Less formal: しありません
Polite, a little less humble than the ございません but safe to use among coworkers of similar rank.

NG: X すみません or すいません
Both expressions have the same meaning and are not polite (すいません is the colloquial version of すみません.)
Colloquial language is generally frowned upon in business situations, so avoid such expressions. If you just run into a colleague in the hallway that’s another matter, but it doesn’t cut it as a serious apology. すみません can also be used to thank someone if you asked them a favor for example. In those cases, also use the polite version or a simple ありがとうございます and you will be just fine.

This list is short, but it should cover the basic interactions.
Don’t worry, I will keep adding more contents to survive in a Japanese office. In the meantime, throw in a しくおいします at the end of your messages, when introducing yourself or asking someone to do something for you. It can double as “thank you” and “please take good care of me” so this one will never put you in a bad light.

When studying Japanese, I always felt overwhelmed by long lists – 100 useful verbs, 50 business Japanese expression, the complete Japanese grammar, etc. Eventually, I gave up on them, never fully absorbing all that wealth of information.
That’s why here is a short one, you can memorize in one day. More articles will follow, so stay tuned!

Let me know in the comments if what works for me works for you, too. Since we are all different it would be great if you could leave a comment telling me what way is good for you to study Japanese expressions.

Studying on your own can take you a long way, but also a lot of time. Why not take the short route and combine language learning with a job search in Japan? Linguage Japanese Language School in central Shinjuku specializes in this approach, with a curriculum focused on business communication for Japanese learners of all levels. Check out the website by clicking the link below!

How to Transfer Money To and From Japan
Company Hierarchy in Japan
Working in Japan: Adapt & Keep an Open Mind
How (not) to park your bike in Japan!
Knocking like a salaryman

Finding a Job in Japan through Job Fairs and Japan...
The right visa for your stay in Japan
Moving to Japan – Packing Checklist!
Challenging Yourself in Japan: A Retrospective
Paid Internships in Japan and Where to Find them