IT Jobs in Japan for Foreigners 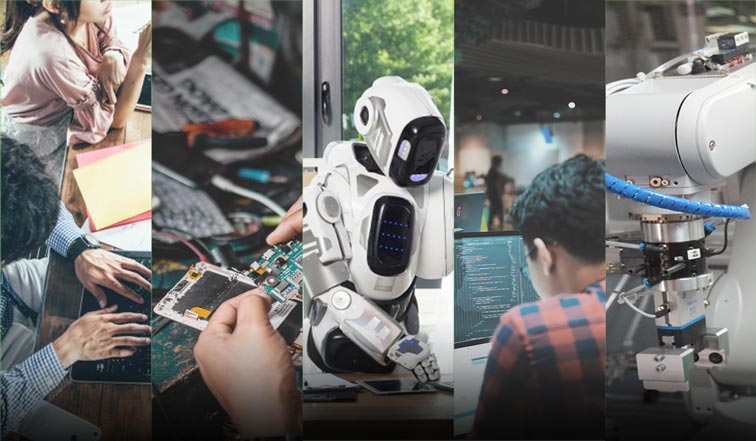 With the right skills, getting a job in IT in Japan can be just as easy as getting into English teaching. Find out how to use technical skills and language abilities to beat the Japanese competition.

Japan needs IT Engineers and Programmers

Japan is facing a serious talent shortage in the IT sector. According to data collected by the Japanese government, there are already 170,000 hard-to-fill vacancies in the industry. Depending on how things develop, the shortage could increase even more, leading up to a 400,000 to 800,000 supply-to-demand gap for IT engineers in 2030.

At the same time, Japan is known for its high-tech products. It is home to many leading companies in the tech industry. In addition to giants like Mitsubishi, Hitachi or Sony, there are also promising newcomers like DeNA, Mercari, Wovn Technologies and SmartNews. These companies have a global mission and cannot afford to be left in the dust of the competition.

Because of these reasons, companies have started to branch out and are looking for engineers from all over the world. If you have been thinking about living and working in Japan, now is your chance!

IT and Programming Jobs in Japan

It goes without saying that what kind of work you’ll be doing depends on the company you join. According to Japanese government data, the fields with the greatest demand for engineering staff are Big Data, IoT, AI, and robotics. Other fields facing strong shortages are cloud computing, information security, and digital business.

Often-mentioned tasks in job descriptions from portal sites (both for new graduates and mid-career candidates) include:

That being said, a lot of IT companies in Japan are pretty liberal when it comes to the hard skills they require. Many of them accept new graduates with non-science majors and train them from scratch. Others take in only students with a science background (理系, りけい) but don’t require any practical experience.

A major reason for this is Japanese company culture. Companies tend to put a greater focus on an applicant’s personality and whether or not they seem like they would “gel well” with the company. This is a holdover from the lifetime employment age, where employees, once hired, remained at the company for the rest of their life. Even in 2020, Japanese and communication skills were valued higher than technical skills.

“But isn’t this kind of unproductive?”, you ask. Yes, it is. While the traditional Japanese hiring system has its benefits, it’s not very efficient. When businesses were asked about in what fields they found their IT staff lacking, “high technical prowess” was among the top answers.

In the past, Japanese companies were fine with lower initial performance of new hires. But now, the pressure is on, and many leading companies are re-evaluating their priorities. As a result, foreign candidates with high technical skill are seen as immediate assets (即戦力, そくせんりょく) and are valued much higher than they used to.

IT jobs for English speakers

Majoring in a science subject and learning a language with thousands of unique characters (among other things) at the same time is a task not many foreigners take on. The language barrier is the highest hurdle for IT engineers to clear.

However, being an English speaker can also be an advantage.

First, being able to speak English equips you with the ability to research the newest trends, news, etc. With a lot of innovation in IT coming from English-speaking countries and companies like Google, this puts you “at the source”. In IT, this is especially important because the technology is evolving at a fast pace. Potentially, you could serve as a link between your Japan and the world.

To many Japanese students, their four years at university are their “life’s longest summer vacation” (人生の夏休み, じんせいのなつやすみ). I’m not saying that there aren’t any studious or ambitious students here. But many see the time after the entrance exams as a time-out after their stressful high school days. As a result, they don’t decide on what they want to do after university right until the job-hunting season starts.

In contrast, many foreigners – especially science majors – think about their future goals before they enter university. Long-term internships and class/personal projects are a lot more common too.

You can use this as an advantage to balance out your language skills. Show them what you’ve accomplished in the past (even if it’s just a personal website or small application) and the willingness to improve on your Japanese. “Doing your best” (頑張る, がんばる) is valued greatly in Japan, so you might win over the HR people even with only conversational Japanese.

The majority of IT jobs are in Tokyo, and that is even more true when you’re looking at positions for English speakers. Especially the Shibuya area is known for its IT companies and startups (the main Japanese Google Office is scheduled to move there within 2019).

Entry-level IT jobs in Japan

To get an entry-level job at a company in Japan, you’ll have to take part in Japanese job hunting (就活, しゅうかつ). The recruitment process usually is pretty lengthy and includes submitting your documents, attending introductory events, taking tests and doing multiple interviews.

To get a first look at the companies, visit their new graduate recruitment (新卒採用, しんそつさいよう) pages or go to a job-hunting portal (links in the “How to Find a Job” section of this article).

Here are some keywords you could look out for in the job descriptions:

Typical salary for IT jobs in Japan

The typical Japanese entry-level salary (across all industries) ranges between ￥200.000 and ￥250.000 per month. Because of the specific skill requirements and the talent shortage, the starting salary of IT engineers tends to be a bit – albeit not much – higher than this average. Between different companies salaries can vary strongly, but about￥300.000 is the bottom line for fresh graduates with a masters degree.

For example, in order to prevent “brain drain”, one big company is willing to pay their most promising young AI specialists as much as 10 million yen per year (that’s ￥833,333 per month).

Many Japanese companies still operate under a seniority system, which means that your salary will gradually increase with each year, almost automatically. One of the problems these companies face that they just can’t change their age-old system. Internal propositions to switch to a more skill-oriented approach are often met with disapproval from older higher-ups who can’t accept new graduates receiving more money than themselves.

That being said, especially globally-oriented corporations like the ones mentioned above sometimes use a system that’s less “typically Japanese”. In these companies, your skills and performance will have a greater impact on your salary.

READ ONEngineering IT salaries in Japan

How to find a job

Traditional job hunting is usually reserved for university students. Quite a few companies also accept “Secondary New Graduates” (第2新卒, だいにしんそつ). This is a term encompassing young people in their early twenties who have left university, worked for a while and want to change jobs.

If you’re job-hunting in Japan, check out these job portal sites to get an overview. Rikunabi, MyNavi Career+, and Wantedly are big, general portals with all sorts of offers. There are also smaller ones with a stronger science/engineering focus like Engineer Shukatsu, Rikei Navi, AcaRic, KuriHaku, etc.

Job fairs offer the change to get a “real-world impression” of the companies and the people working there. Many companies give you to the chance to be interviewed directly at the venue. With some luck, you could get a job right there, even during a short-term stay.

For more info on job fairs in Japan and abroad, check out our article on official guidelines bilingual job fairs.

The final options are job placement services for foreigners. One of them is Diversity HR. After registering and entering some information about yourself, you’ll receive job offers for positions matching your profile. For applicants, the service is free, give it a try!

Complete Guide to Nomikai
Cushion Words: Polite Requests in Japanese
Overtime Work in Japan
Just Moved to Japan? Register at City Hall
How to Get the Certificate of Eligibility for Japa...

All about the Working Holiday Visa
7 Part-time Jobs in Japan for Foreigners
Japanese Job Interviews – Know what matters
Suits or no suits – What to wear for your jo...
What you need to know about Golden Week