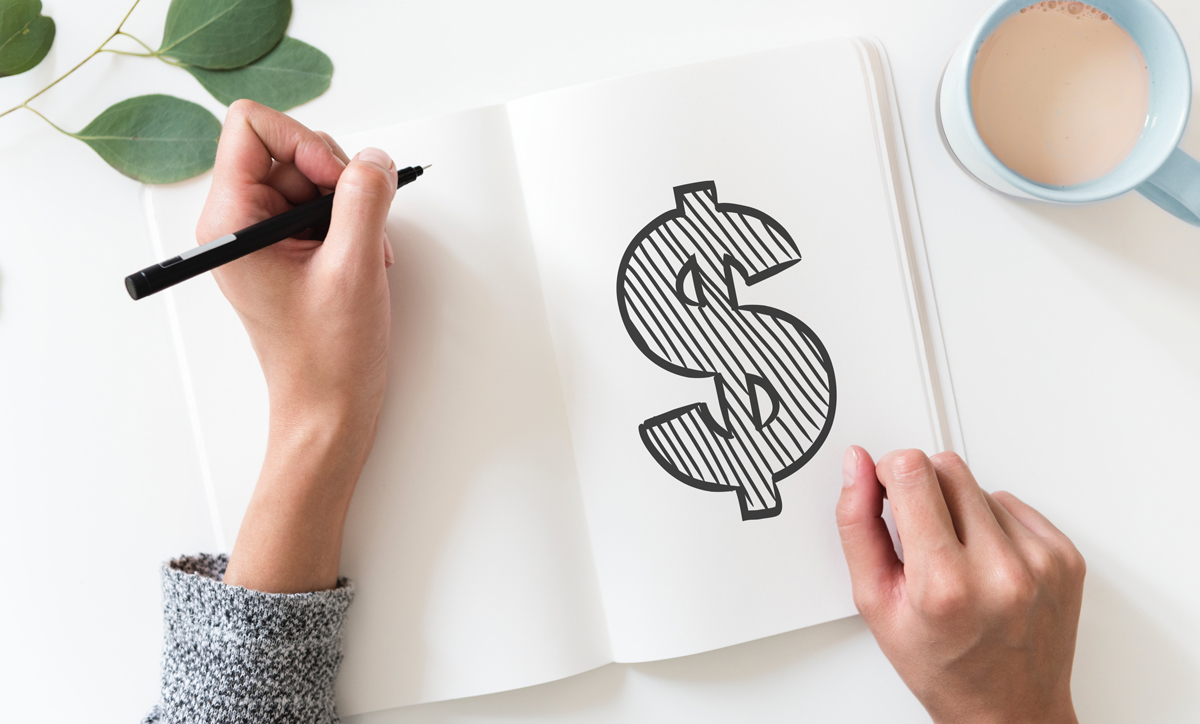 How much income can you earn in Japan? Detailed information about typical salaries in Japan for your age group lets you know what to expect and plan ahead.

This figure, however, lumps together the incomes of all people regardless of age, position, or gender. Especially when you are at the start of your carer, it does not give you a realistic estimate of how much you will make. Luckily, the doda survey is very detailed, so let’s look into it a bit more.

Average income in Japan by age

Japanese graduates start their first job in their early 20s. Accordingly, there is a strong increase in income of around 30% in the late 20s, after a few years of work experience.

This annual salary is before taxes and inclusive of bonus payments. Japanese companies usually pay a bonus twice a year. How high these payments are heavily depends on the company. For realistic estimates of monthly salary, divide by 12-16. 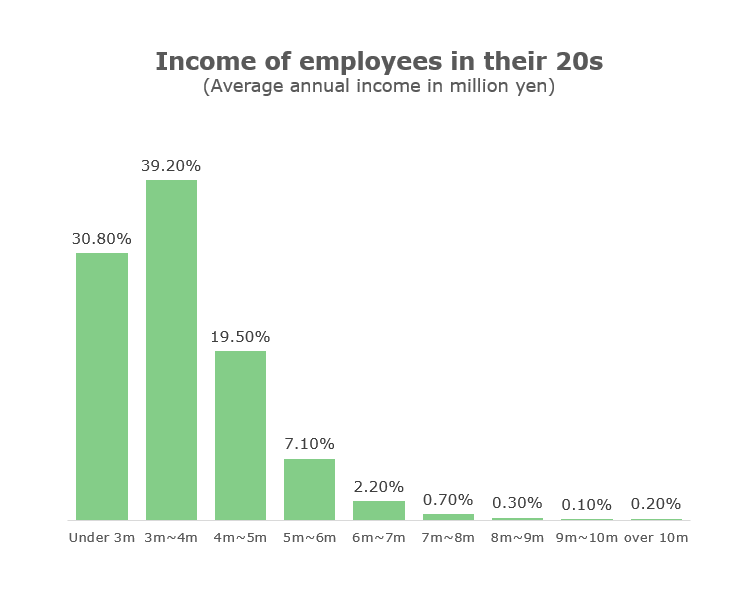 The income distribution among employees in their 20s is highly concentrated around ¥3,000,000 per year. Most companies will hire fresh university graduates at roughly the same starting salary, regardless of their position or skills. This is because the first 1-2 years are considered a training period by most employers. To get a higher starting salary, you’ll have to apply to a mid-career position (中途入社, ちゅうとにゅうしゃ). 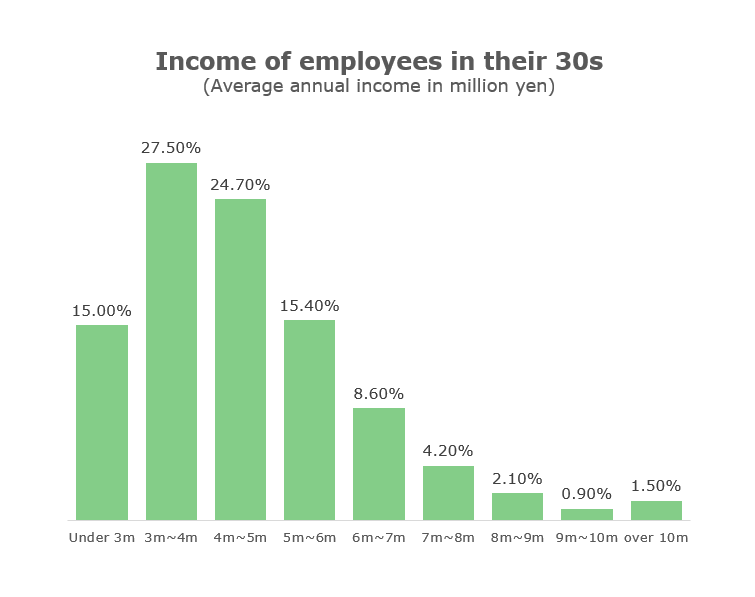 With age and experience salaries increase. In their 30s, around 60% of employees in Japan have annual incomes of more than ¥4,000,000.

The more specialized the profession, the higher the income you can expect. This rule of thumb also holds true for Japan. However, compared to the USA and some other countries, there is a less pronounced spread in incomes.

It is no secret that some companies pay better than others, but which industries offer the most generous salaries in Japan? The huge presence of general trading companies is a Japan-specific thing, but aside from that the numbers more or less equal to what you’d see in other industrialized nations.

In metropolitan areas with lots of industry, salaries tend to be higher. The salary is one reason why that many people want to work in the Kanto area. Despite considerable differences in salary by region, it seems that the percentage of income used on living expenses is relatively constant, regardless of where one lives in Japan. 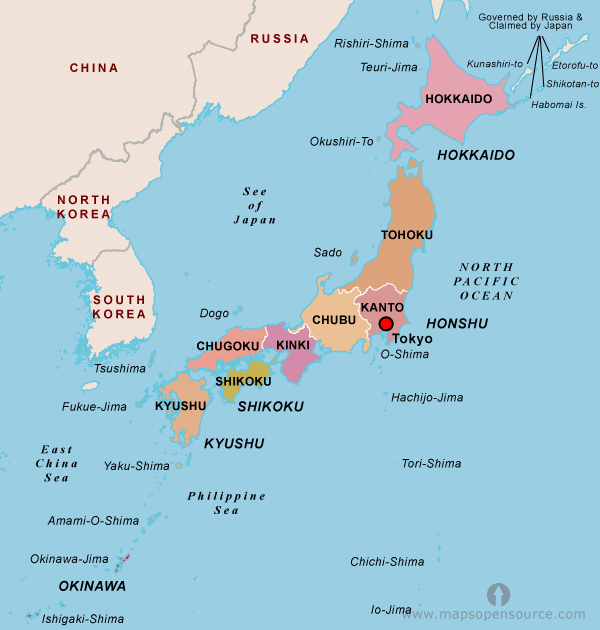 According to Japan’s National Tax Agency, the average salary in Japan 2019 was ¥4,364,000 ($40,426). It was the first decrease in seven years. News sources attributed the 1% drop to decreasing salaries at companies with 100 and fewer employees, which make up a huge part of Japan’s corporate landscape. The yearly reports are released in September each year, so there’s no data for 2020 out yet.

In the recent years, Japan has been coming out of a “salary slump” that reached its low point in 2009 as a result of the 2007-2008 financial crisis (or Lehman shock, as it is called in Japan). After 10 years, salaries have now more or less recovered to their pre-crisis levels. 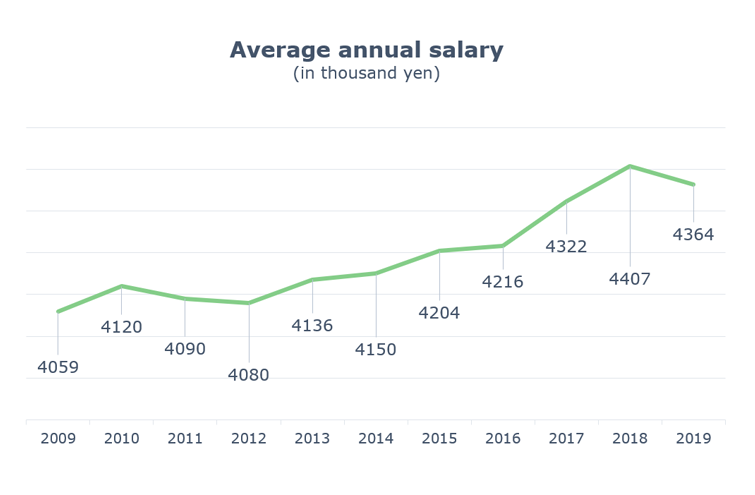 A significant gender gap across all professions and age groups is apparent in the data, which cannot be explained away by mothers and housewives (this study only considers full-time employment).
According to recent OECD data from 2019, women in Japan earn 23.5% less than the median wage of their male counterparts. This puts Japan into the bottom three of all OECD member countries, only topped by South Korea at 32.5%. The United States are in the middle at 18.5%, and European countries like Denmark are leading the wage equality movement at 5% and lower.
One significant reason for this gap is the small number of women in managing positions.

The highest minimum wage is paid in Tokyo at ¥1013/hour. It’s lowest in Okinawa, Akita, and other rural prefectures at ¥792/hour.

Aside from your job and skills, time at the company and age are factors that companies take into account when setting salaries and give raises. In your first year, it is not unusual to get a raise of only a few ¥1,000 per month. This will increase exponentially with your performance and time at the company.

Bonus payments are common in many Japanese companies and are typically paid once or twice per year. Similar to the raise, don’t expect too much during your first year. How much bonus one receives depends on the employee’s performance and standing, as well as the company’s profits. As a rough average, for professionals, up to 4 months’ salary can be expected as annual bonus payments (before taxes).

Find out more about your net income by looking into the tax system in Japan (taxes have been rising, but are still relatively low). For information about salaries at specific companies, look at Japanese company review sites like OpenWork, where users share their positions, income, and additional information about their experiences.

Japanese Labor Law Essentials you Need to Know
English Level still low even among IT Staff in J...
Engineer Salaries in Japan 2019 – Averages...
Taxes and Insurance when Working in Japan
Share
factsworking condition

My Number Card – What it is and how to get one
How to apply for a job in Japanese – Guide w...
5 Pillars of Japanese Manners
Are you doing all you can to find the perfect job?
Analog Relics at the Japanese Office

Japanese Labor Law Essentials you Need to Know
Job-Hunting Advice from Foreigners for Foreigners
Engineering Internships in Japan
Sleeping at Work in Japan – Myth of the Hard...
Apartment, Share House and Co. – Housing in ...