Finding a Job at a Multinational Company in Japan 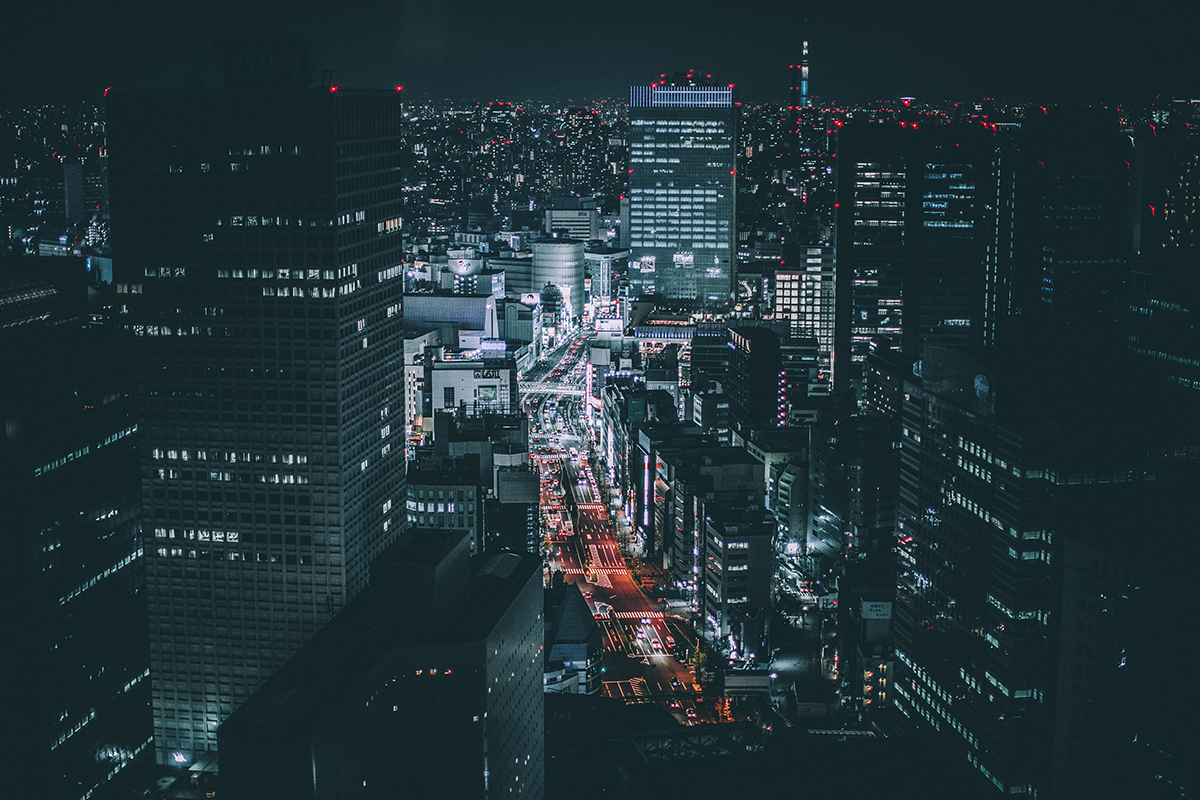 Foreign-funded companies (called “gaishikei” in Japanese) offer the prospect of living in Japan without having to deal with all the downsides typically associated with Japanese companies. As such, they’re very popular with foreign and Japanese job seekers alike. Here are some things you should keep in mind when searching for a job at one.

There are all sorts of ways in which you can divide companies in Japan, but one main distinction that people make is nationality: Is the company Japanese? Or is it not?

Companies that receive most of their capital from within Japan are – naturally – called (sometimes ). On the other hand, companies that are funded mostly by foreign capital are (often abbreviated as or even just ).

Usually, Japanese companies were founded in Japan, and foreign-funded companies started elsewhere and expanded into Japan later. But it doesn’t always have to be that way. For example, the electronics producer Sharp – founded in Japan in 1912 – was acquired by Foxconn in 2016 and has since then technically become a company.

Aside from capital, what are the differences between Japanese and foreign-funded companies? To put it bluntly: The culture. Companies that were started in Japan and are strongly tied to the country are more likely to be “typically Japanese”, while companies that entered Japan from overseas tend to bring the culture of their home countries with them.

In contrast to Japanese companies, multinational companies don’t usually disclose entry salaries, so there’s no clear, easy-to-reference data for this point. However, generally speaking, salaries at foreign-funded companies tend to be higher, both overall and when looking at entry-level positions.

The average entry salary for a fresh university graduate at a Japanese company (across all industries) lies somewhere between 2.0 and 2.5 million JPY, while the average starting salary at foreign-funded companies is said to be around 4 million JPY per year. In exchange, they may lack some of the benefits that are included in a typical Japanese employment package (e.g. bonus system, unemployment insurance, retirement money, etc.)

At a foreign-funded company, raises and promotions are based on your work performance. On the other hand, many Japanese companies have a seniority system in which raises, numbers of paid vacation days, chances for upward mobility, and other kinds of privileges are mostly based on the number of years you’ve worked there.

Broadly speaking, foreign-funded companies put an emphasis on results- and merit-based thinking and evaluate employees accordingly. This is probably the mindset that you’re already used to. You’re hired for a job, you do your work in the allotted time. If you do it well, you get raises, and if you underperform consistently, you might get replaced. Work time and off-time tend to be separated very clearly.

Of course, it’s not like Japanese companies don’t value results or a candidate’s (hard) skills. However, especially at the entry level, they are willing to recruit people they deem to have potential and are likely to stay with the company for a long time … even if they don’t fulfill all the requirements at the outset. They are trained on the job and slowly “woven into” the company. Employment is very secure – unless you make some really big mistakes, you pretty much don’t have to worry about being fired.

The flipside of being able to get a job in a certain field without any experience is that entry salaries are often relatively low. In addition, in exchange for the on-the-job training and long-term job stability, new graduates without prior experience are expected to be (especially) loyal to the company and pay close respect to all sorts of written and unwritten rules.

Japanese companies usually take in new fresh university graduates once or twice a year, with the main hiring season starting in March. Foreign-funded companies, on the other hand, tend to recruit year-round or start hiring earlier than Japanese companies.

Another difference is what kinds of positions new employees are hired for. Western-style companies typically hire people for very specific purposes, e.g. “front-end developer” or “editor.” Japanese companies, on the other hand, hire people in broader categories. For example, you have (technical position) and (office work position), and then there are the nearly all-encompassing and (general position).

Higher average pay, a clear separation of work and private time, no drawn-out job hunt schedules … and in some cases, no Japanese requirements. It’s not hard to see why foreign companies are popular with international job seekers. Plus, if you’re a foreigner yourself, it seems only natural to work for an international company and function as the link between them and Japan.

It’s not always as easy as it seems, though. Below, you can find a few things you’ll want to consider or keep in mind when hunting for a job at a foreign-owned company in Japan.

A non-Japanese company that has been doing business and maintained offices in Japan for a long time is likely to be “more Japanese” than a firm that has just come here.

Time isn’t the only factor. At some companies (depending on the people in charge, its history, etc.) the influence of the HQ is simply very strong. Conversely, there are cases in which the parent company and the Japanese branch office almost operate as separate entities, with minimal communication between the two.

This matters when you’re preparing for interviews, for example. If you’re dealing with a foreign company with a high level of “Japaneseness”, the answers you prepare should lean towards things that are well received at a typical Japanese company (e.g. being humble and eager to learn; ability to adapt to new circumstances).

Of course, making things up just to increase your chances is a no-go. But even if you only speak the truth, your choice of words and how you prepare for the interview can greatly affect the outcome. I can speak from experience!

Even among foreign-funded companies, there are those with big names and an almost universally good reputation. They seem to come with all of the perks and none of the downsides. Google is an easy example.

It’s understandable to aim for a job at one of these “top spots.” However, be aware that the more prestigious the company you’re applying to is, the stronger the competition is going to be.

Some Japanese people think of the “up or out” aspect of (typically high-paying) foreign companies as a risk to long-term job stability. But as factors like work-life balance (among others) have climbed in people’s priority lists in the past few decades, you’ll be competing with both Japanese and other foreigners.

In the worst-case scenario, you only apply to famous, big companies and end up losing to the competition at all of them. Even if you want to exclusively focus on non-Japanese firms, it’s best to also look for some niche options where you’re not likely to be matched with a huge number of strong competitors.

Being a foreigner, familiar with Japanese culture, and having Japanese skills doesn’t automatically make you a top candidate. Japan is experiencing a serious population decline, but unless you’re going for very specific jobs (e.g. developer with a certain skill set), there are still a lot of Japanese people with decent enough English skills that fit the requirements.

Also, regardless of how good your Japanese is, for jobs that require frequent interaction with Japanese clients, chances will always be stacked in favor of native Japanese candidates.

To avoid falling through the cracks, think about the specifics of the jobs that are available and what kind of things only you can provide. If you can’t impress with a huge suite of hard skills, maybe some of the following apply?
✔ You speak another language that you can use to communicate with offices in other countries
✔ You have a strong interest in one or more of the company’s products
✔ You don’t have problems with working at a company office or plant in the countryside

Finally, it’s important to keep in mind that not all companies fit trends and stereotypes. “Japanese company” doesn’t have to equal “bad pay” or “lots of overtime.” Similarly, a job at a non-Japanese company doesn’t guarantee big money and a stress-free life.

Categorically excluding Japanese companies from your search or dismissing them without a second look can do you more harm than good, especially when you’re a student without a lot (or the right types of) of hard skills.

In fact, if you’re planning on going for a job that has little connection to what you learned in university, entering a Japanese company might not be such a bad idea. Your first-ever job search out of university is typically your hardest job search. Joining a Japanese company first, acquiring some skills, and then switching to an international company a few years later is always a viable option.

Between aspects like pay and work-like balance, there are good reasons to aim for a job at an international company in Japan – but you shouldn’t expect it to be a cakewalk. Even if your Japanese is close to perfect, strong competition and skills-based hiring practices mean that you should be able to bring something else to the table.

Online Interviews in Japan
How to apply for a job in Japanese – Guide...
Finding a Job in Japan’s Hospitality Indus...
Job hunting in Japan and the Coronavirus
Share
job huntwork culture

Working in International Teams – A Japanese ...
Complete Guide to Nomikai
5 Unusual Japanese Recruitment Strategies
Shuukatsu – Job Hunting in Japan as a Studen...
IT and Language – Working at Zenken Corporat...

Working as a Web Marketer in Japan
20 Final Questions for your Japanese Job Interview
Working in International Teams – A Japanese ...
News from Japan #01
Job Placement Service for IT Engineers