Analog Relics at the Japanese Office 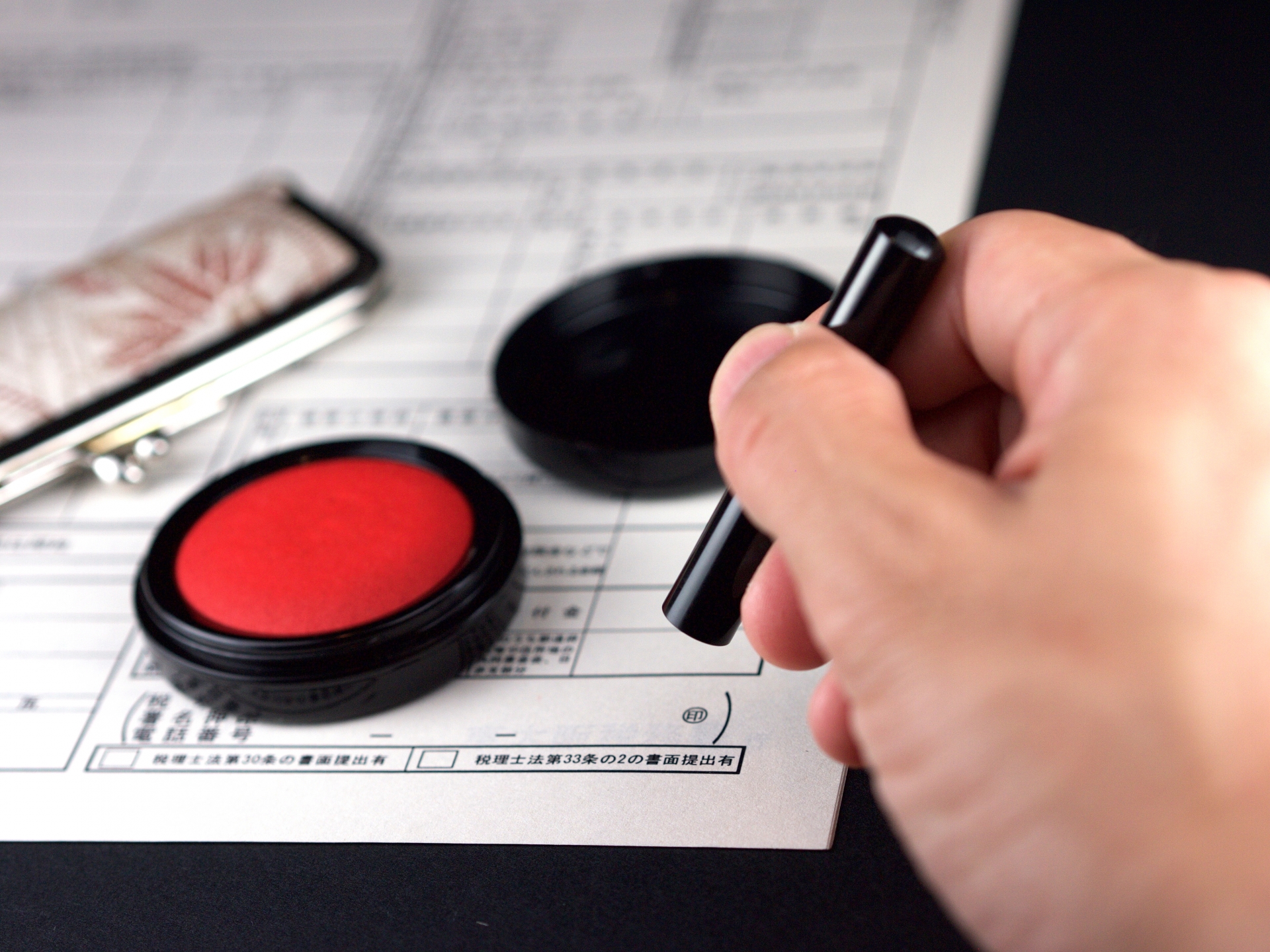 Japan is often perceived as a high-tech culture, but this is not necessarily true for all aspects of everyday life. In this article, we look at some “relics” that have survived the ongoing worldwide digitalization in Japan – and also have a look at their fate that might await them in the future.

When hearing “Japan”, many immediately think of the Tokyo megalopolis and its endless urban sprawl, bullet trains, futuristic-looking toilets, and robots like SoftBank’s Pepper. Besides, the current perception of Japan is still infused with stereotypes and images from the not so distant past, when the country was a rising giant that many feared would take over the world.

While Japan is still a place where exciting new developments happen today, many who live here long-term notice that it’s not quite the ultramodern city of the future that it is sometimes assumed to be.

Another well-known (albeit very worn-out) way of characterizing Japan is “the land where tradition meets the future.” A current example for this is the Tokyo Tokyo Campaign, which uses “Old meets New” as its tagline.

Turns out “old” doesn’t only mean samurai, ukiyo-e, and traditional carpentry. In contemporary Japan, there are plenty of very commonplace everyday things that qualify as old by today’s standards, but not “old” in the sense of an ancient calligraphy scroll or a serene tea room, but in the sense of banks without online banking or ATMs that close at 10 pm. It’s these kinds of things that you can sometimes make living in japan feel like you’ve gone back to the 80s.

However, while change on a societal level tends to be slow in Japan, there are still change on the horizon. In this article, we look at some analogous artifacts still present in many Japanese offices today and their future.

The Japanese government last collected data about fax use in 2006 – at that point, the fax had a “diffusion rate” (普及率, ふきゅうりつ) of 97.8%, meaning that pretty much every company had one.

Although there isn’t any official data past 2006, a never-ending stream of personal stories shared online and in personal conversations indicates that the fax is still widely used even now. Japanese fax usage continues to be a common topic of jokes among foreigners living here.

Why are faxes still widely used?

Why fax stuff when you can send e-mails, or use other internet-based options? One reason is security. Of course, you can missend things, but sending things by fax is considered to be less prone to large-scale misdeliveries. This is similar to the reason why businesses still send letters and other documents by mail (although a fax printout is certainly less fancy that a letter).

Another point that faxes share with the letter is that the documents arrive on paper. “But that’s why they’re not really used anymore!”, I hear you say. Well – you’re right, but bear with me for a bit here. Before reading a letter, you first have to open it – it’s probably safe to say that a lot of letters go straight into the trash, unopened (which is, by the way, also true for e-mails).

A fax printout, on the other hand, comes without an envelope, which guarantees that the recipient is at least going to have a cursory glance at the title and the main body of the text. This article – written from a (mass) media perspective – mentions this as a possible reason for why companies still opt to send their press releases as faxes, sometimes in addition to e-mails.

Last, but not least, fax is a technology that’s mostly used by the older generation, who tends to be more comfortable with physical documents. And it just so happens that old people make up a big part of Japan’s population. Especially companies in the more rural areas – or rather, the older people running them – are still quite unfamiliar with e-mail, scanners, and all that sort of “newfangled stuff”, as this blogger explains. So for companies that do business with companies in the countryside, faxing things can often be a simpler way of communicating.

Japan as a society is often considered to be a bit eccentric, so it’s easy to dismiss this as another one of the country’s quirks, However, when thinking about this topic, there’s another interesting question to ask: Is continued fax use really a “Japanese thing?”

A short search shows that it’s not that simple. For example, in the US, faxes are still heavily used in the medical field because of the lack of a standardized digital system for patient records. When Coronavirus infections started rising in Tokyo during this year’s summer, some were joking that the reason for why the test results were coming in so slow due to the Metropolitan Government building only having two fax machines to receive all the results. However, as articles like this one show, the “fax bottleneck” is something companies can face elsewhere in 2020, too.

Other reasons like the ones given above also apply to countries like the US – studies even indicate a slight increase in fax use around the world. So while Japan might have more fax users than some other countries, it’s not a complete anomaly. 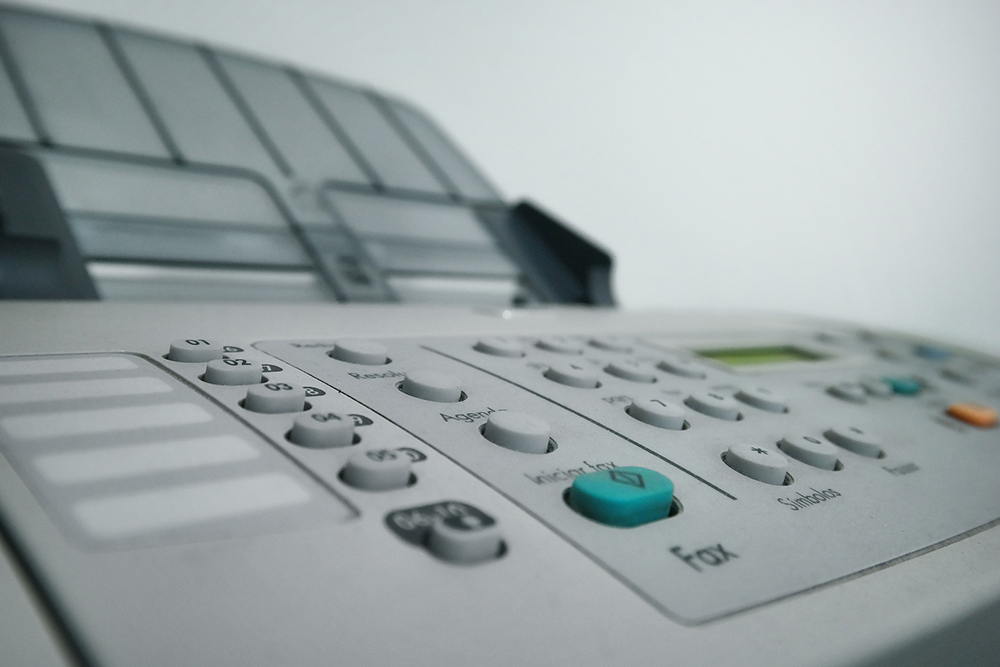 Another common type of office joke you tend to hear from people living in Japan is about hanko (判子, はんこ) – official seals that are used to approve documents.
Strictly speaking, there’s more than one word for them, including inkan 印鑑 (いんかん), ou-in 押印 (おういん), and natsu-in 捺印 (なついん), with subtle differences between them. But most people use “hanko” as a catch-all term.

History of the hanko

Before Japan came into contact with other countries on a large scale in the 20th century onward, seals were the default way to sign documents. They came to Japan as a cultural import from ancient China and were then continually used for official signature (as well as a sign of power).

When Japan started to modernize in the late 19th century, the government created a system under which people had to register their seals. Around the same time, the practice of signing started to spread as well. However, it failed to gain popularity, probably due to seals emanating a stronger sense of authority and them being tied to an official registry system. This way, the tradition was able to preserve itself.

Tradition, however, is not always a positive thing. Nowadays, hanko have a somewhat negative image, because – well, if you don’t have one with you, you’re simply not able to complete certain paperwork. Sometimes, there are even laws that specifically require the use of a seal.

In modern business settings, hanko started being used not only where you’d have a signature in non-Japanese documents, but also as internal “stamps of approval” from higher-ups for all sorts of documents, sometimes for rather minor procedures. This can create situations where a project simply can’t advance until all bosses have put their stamp on the appropriate sheets of paper. Coincidentally, it also increases the reliance on fax because often documents are printed out, stamped with a hanko, and then faxed or e-mailed again.

While they have been considered outdated by some for quite a while, it was only recently that things have started to change on a grand scale. The spread of the Coronavirus led many companies to introduce work-from-home options for their employees, at least during the period between April and June.

Under these conditions, widespread hanko use caused some problems. For example, people reported being forced to come to work despite the government’s regulations, only to get their paperwork stamped. The pandemic showed just how inefficient a lot of business practices were made through the overuse of hanko. Consequently, they came under heavy attack.

After the election of the new PM Suga in September 2020, former defense minister Kono Taro, newly appointed as administrative reform minister, started a full offensive on the traditional practice. In the same month, he wrote on his personal blog that he had identified around 11,000 government processes that required official seals. He now plans on checking where the seals are truly necessary, and doing away with them where they aren’t.

Japan is a “paper culture” where many people still prefer physical documents to digital files. Part of that is due to the high overall age of its population, part of it may be due to an island mentality where old habits die hard. In some areas, however, the recent pandemic has let so some positive developments. Who knows – maybe bosses will be using digital hanko in 2030?

How to Get Along with Your Japanese Boss
Working as a Manager in Japan
Interview: Working in Japan as a Foreign Program...
4 Japanese Business Greetings you need to know
Share
office communicationwork culture

Chronicles of the Japanese recruitment system
How to choose: Suica or Pasmo card
How to Get the Certificate of Eligibility for Japa...
Practical Japanese – Tips from Company Train...
Budget travel by train: the Japan Rail Pass

Business Casual – Guide to Choosing the righ...
Job Placement Service for IT Engineers
Online Interviews in Japan
On the Rise: Foreign Workers in Japan
Read Long Texts in Japanese – Benefits of Ri...