My Number Card – What it is and how to get one 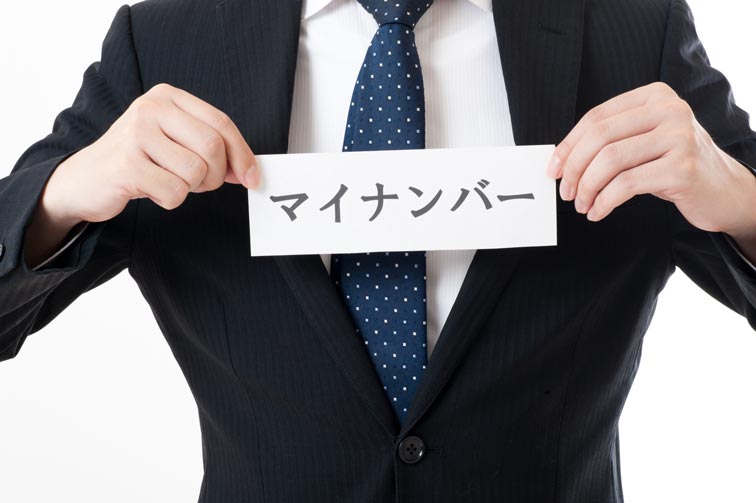 The My Number Card is a type of Japanese ID that comes with some added benefits. Application is fairly simple – find out how to do it and what to do with it in this article.

The My Number Card

The My Number Card is a credit card-sized identification document first issued in 2015. The card’s main feature is – you guessed it – a number.
More specifically, it is a unique 12-digit number given to every mid- and long-term resident of Japan. Other than that, the card also contains info regarding the holder’s birthday, current address, gender, and a photo.

“My Number” (マイナンバー) is only a nickname – officially, it is called “Individual Number” (個人番号, こじんばんごう).

The document’s nickname is one of the more curious things about it. It also makes writing about it a very awkward task. Normally, when you are using “my” in English, you are strictly referring to yourself, not to the listener and not anything else either.

However, in Japanese, “my” (マイ) is commonly used as a prefix to indicate possession by an individual in general. The new word formed this way is treated as a proper noun. The car one owns is “my car” (マイカー). If your friend has been obsessing over a certain band lately, they are experiencing a “my boom” (マイブーム). You get the drift. 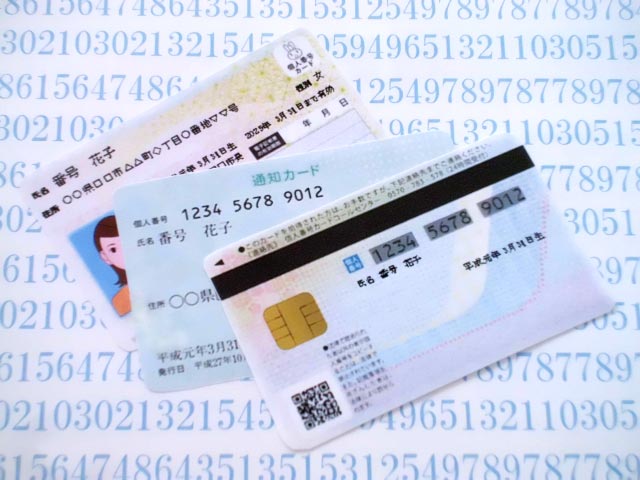 The My Number System

The My Number Card and the system behind it were introduced for the following three reasons.

Efficiency. Saving time and resources required for administrative processes by connecting them to a common basis.

Convenience. Reducing the need for citizens to fill out lots of different kinds of paperwork upon requesting official documents etc. Simplifying existing forms.

Transparency. Making it easier to see whether citizens are avoiding responsibilities or are receiving benefits they shouldn’t be getting (so that they can instead be given to those who truly need them).

How is “My Number” used?

As of now (November 2019), the place where you are able to get the most use out of your My Number Card is your city office, ward office (市役所, しやくしょ or 区役所, くやくしょ), or local convenience store.

You can use it to print or request official documents like the certificate of residence (住民票, じゅうみんひょう）that you need when moving within Japan, for example.

Eventually, you will be able to use your card for more than that though. Below is a selection of extra functions and features that will be added in the coming years.

When: sometime in 2020
What: Starting in 2020, you will be able to use your My Number ID to receive premium points when paying with an IC card (Suica, for example). The feature will require a separate, one-time signup. Exact details (like the program’s starting date) are not yet known.

When: 2021
What: Using your My Number ID, you will be able to access and look at your past medical records on a website that will be called “Maina Portal” (マイナポータル).

Who to (not) tell your My Number

The My Number Card is intended to be used in three different areas: taxes, social security, and disaster response.
As long as the requesting party is related to one of those areas, you are safe to show it to them. That could be your employer, insurance companies, ward offices, etc.

People and institutions outside of these three areas are not allowed to take copies of the back of your My Number Card (the side with the number on it). Showing your My Number to them is not forbidden, but you should keep it private.

The My Number Notification Card is a preliminary My Number Card. It will be sent to you via mail once you have registered at your city or ward office. It’s a simple paper slip with your number on it that you can then use to request the official card.

If you lost your Notification Card at home or can’t find it anymore, just go to your local city or ward office and request a new one.

If you lost the card outside or had it taken from you, the official guidelines advise you to notify the police and turn in a Lost Item Report (遺失物届, いしつぶつとどけ). You will get a reception number (受理番号, じゅりばんごう), which you will need later.

Additional requirement if the card was lost outside of your home or stolen:
■ Reception number of the Lost Item Report

It will take three to four weeks for the card to be re-issued. 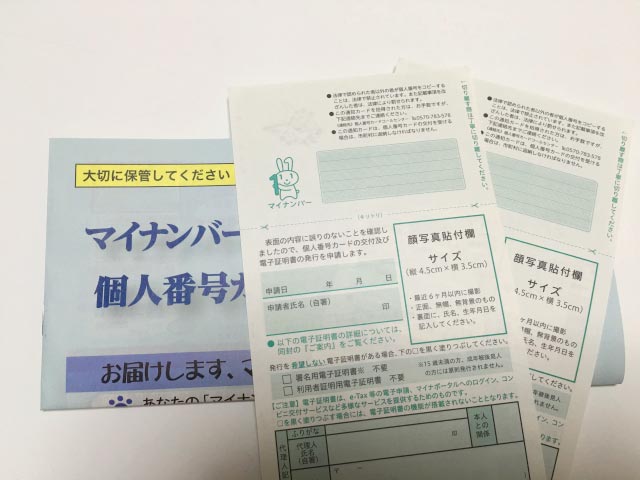 Applying for the proper My Number Card

All the documents necessary for your My Number Card application are enclosed in the same letter as the Notification Card. All you have to add is a recently taken photo of yourself. There are three ways to do this:

Mail. Glue the photo onto the document, put it in an envelope and send it to your local city/ward office.

Smartphone / PC. Take a photo of yourself with your smartphone camera, fill in the designated online form and send the data.

ID Photo Machine. Go to a local ID photo machine, take the photo there and follow the menu instructions to send the data. Be sure to take the documents you received in the mail with you.

Do I need to get a My Number Card?

No.
The Japanese Government would like for every person residing in Japan to get one because it streamlines administrative processes. However, you don’t have to apply if you don’t want to and there are no penalties for not having one.

I lost my My Number Card. What do I do?

The process for a My Number Card re-issue is almost identical to the one for a Notification Card re-issue (check above). The only difference is that you have to turn in a Lost Item Report at your local police station regardless of where you lost the card.

It will take three to four weeks for the card to be re-issued.

Does the My Number Card expire?

Yes.
If you are 20 years or older, your My Number card will expire on your 10th birthday after the card’s issuing date. The expiration date is printed on your card.

Do I have to return the My Number card upon leaving Japan?

Yes and No.
When notifying your ward office that you’re leaving Japan and handing in your Moving Out Certificate (転出届, てんしゅつとどけ), you have to turn in your My Number Card. The card will lose its validity but will be given back to you at the end of the procedure. Should you ever move back to Japan, your old number will be reactivated.

Although you are not required to, getting a My Number card is probably a good idea if you are staying in Japan for a longer period of time.
Yes, a card with a number on it is not very exciting. However, it does save you the occasional city/ward office visit and will offer some other features soon.

The right visa for your stay in Japan
Difference between Visa and Status of Residence
Specified Skilled Worker Visa – Door to Ja...
Working Holiday in Japan Guide
Share

Apartment, Share House and Co. – Housing in ...
Bit Valley – Japan’s Silicon Valley
How to Get a Student Visa for Japan
Online Applications: Get Your Dream Job in Japan
How to open an account at Shinsei Bank

Online Applications: Get Your Dream Job in Japan
20 Final Questions for your Japanese Job Interview
What I wish I had looked into before Working in Ja...
Business Japanese Vocabulary for your Resume
English Level still low even among IT Staff in Jap...