What you need to know about Golden Week 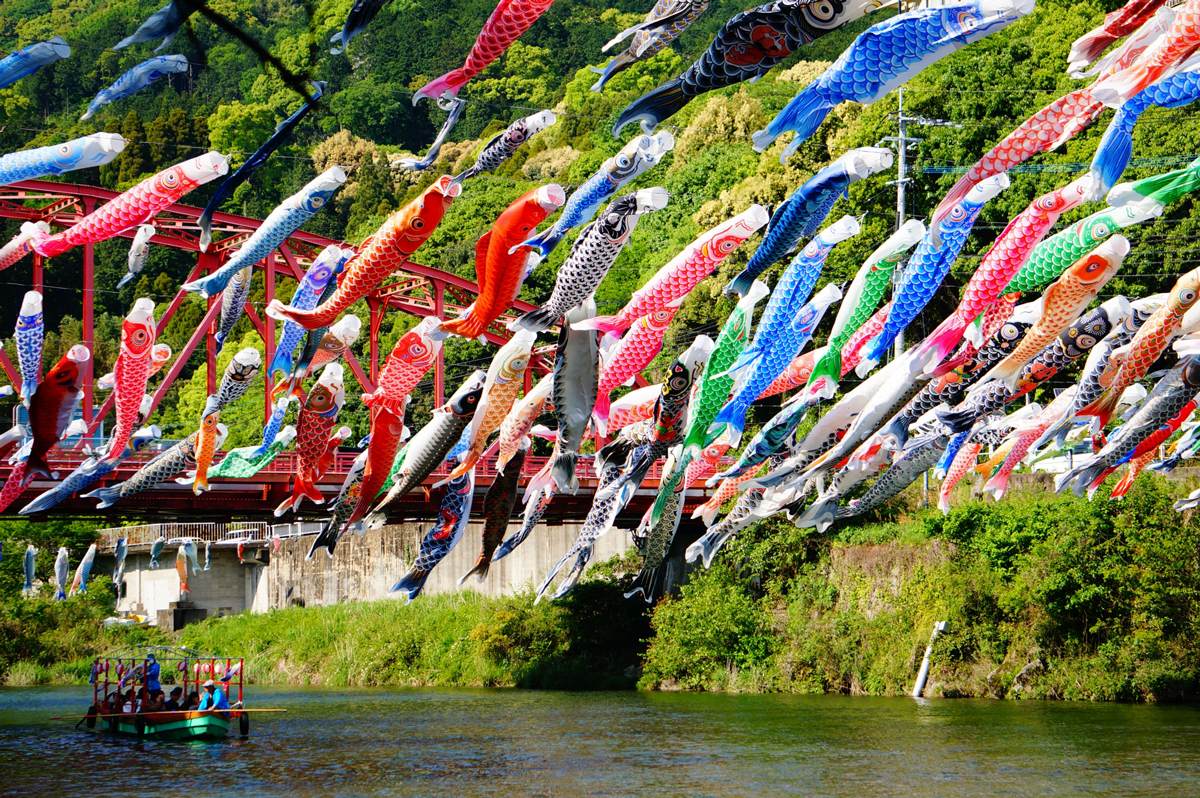 Golden Week, the time when everyone in Japan goes on vacation, hotels are booked out.

Large crowds of travelers seem to be the general image of this Japanese holiday season between late April and early May. How much do you really know about Golden Week and its public holidays?

Golden Week is one of the three big Japanese holiday seasons next to New Year’s and Obon.

Four public holidays allow many Japanese workers to take a couple of days off, and to leave their everyday lives behind for a while.

Golden Week itself has been around since the 1950s, just a few years after the Japanese Government established these consecutive holidays below in 1948.

On Showa Day, April 29th, the country celebrates the previous Japanese Emperor Hirohito. Until 1989, while the emperor was alive this holiday was celebrated as “Emperors Birthday.”

After the Emperor passed away the holiday was substituted by Greenery Day. Only in 2007, Showa day was re-established in its current form. It is a day to reflect on past hardship and to think about the future of Japan.

May 3 is the day when the Japanese constitution came into effect in 1947.

As a foundational document of modern Japan, the day has been celebrated as a national holiday every year since.

Greenery Day is probably the Japanese public holiday with the most confusing history.

From 1948, the birthday of the Showa Emperor Hirohito was celebrated on April 29. With emperor Akihito ascending the throne in 1989, the Emperor’s birthday was moved to December 23 and April 29 was supposed to become a normal weekday.

Golden Week, which dates back to the 1950s, was already an established holiday season at that time. Canceling the public holiday was deemed to be so disruptive to the activities of the Japanese people, that instead a new holiday was created on the same day. Since Emperor Hirohito is said to have been fond of plants and nature, we now have Greenery day!

When Showa Day was re-established in 2007, Greenery Day was moved to its current date on May 4.
On Greenery Day, Japan is also holding Arbor Day festivities. In an annual event since 1950, the Emperor and Empress make an appearance and participate in the tree planting activities.

So, if you are free, why not try to catch a glimpse of the Emperor’s greeting or participate in some local activities yourself?

While the other national holidays during Golden Week are linked to the recent history of Japan, Children’s Day has a long tradition in Japan.

Originally, it was an event to celebrate boys called の. The equivalent for girls is called ひなり and is celebrated on March 3.
When the Japanese Government made “Boys’ Day” a public holiday in 1948, they changed the name to の to celebrate both boys and girls.

Even though not an official holiday, Girls Day is still celebrated by many families in March, with the display of traditional dolls in their houses. Likewise, on Children’s Day, you will see the carp-shaped flags called こいのぼり and other decorations like かぶと（Japanese military helmet）etc. which are typical for Boys’ Day celebrations.

What’s so “Golden” about this week?

Golden Week is a term that was established by the movie industry in 1951.

The managing director of Daiei Films Co. coined the term after he noticed that the movie 自由学校 (School of Freedom) sold more tickets over these early May holidays than it did over New Years and Obon, or at any other time in the year.
Originally, the term described this Golden time for movie productions and was used to further promote the movie industry. One can argue that promotion was successful, because it did not take long until Golden Week became widely adopted to generally describe the vacation period.

Golden Week was inspired by the term “Golden Time” (English for extra impact), which referred to the times where Japanese radio shows could attract the most listeners.

Even today, many blockbusters are being released during Golden Week, so why not go see one this year?

Is Golden Week really a week?

Even though it is called Golden Week, in most cases it is not actually a whole week. In 2018 the national holidays create a 3-day and 4-day vacation with 2 days of work in between.

Big factories often close down for the whole duration of Golden Week, because it is too inefficient and costly for them to repeatedly stop and restart production. Some other companies also decide to close their doors.
In these cases, all employees collectively take days off for those days in between the public holidays off, making it a full week of vacation.

The government seems to think this to be a good idea as well.

To commemorate the new Emperor’s ascension to the throne May 1st was turned into a national holiday in 2019. By Japanese law, a work-day sandwiched between two holidays automatically becomes a holiday, too. This rule turns April 29th and May 2nd 2019 into additional days-off, causing the unprecedented consecutive 10-day holiday.

Remember those who keep working

If you watch NHK you might have noticed that they do not use the term Golden Week, but refer to it as meaning something close to long consecutive holidays.

The reason for is to not offend those that still must work. Even though it is the biggest vacation in Japan, some people have to work so that everyone who is on vacation can enjoy their time off.
So, not everyone in Japan gets to enjoy Golden Week. Anyone working in hotels, restaurants, shops, parks, etc. will be very busy during Golden Week.

Since it is a great time to gain a large audience, many artists and movie companies are also busy around this time.

What do Japanese do on Golden Week/Travel

Even though there are some people who must work, for many Japanese Golden Week is the longest vacation in the whole year. Many people use this opportunity to go on vacation or visit their families back home.

Those that stay home will enjoy their time shopping or pursuing other free-time activities.
Expect Japan to be crowded during this time. In many cases you the crowds of people will not be much different from, say, a sunny weekend afternoon.

Still, if you plan to travel, reserve your transportation and lodging early on, because places book out fast and prices can increase up to 4 times the off-season costs!

Imagine you started your first job after graduating from university and after trying your best for one month, you get one week off. Great, you think?

For the view people who struggle with getting used to their new environment and responsibilities, this one-week break can be counterproductive. Every year a few new graduates in Japan will lose courage and quit their company after Golden Week. The Japanese call this 五月病, which translates to “May Sickness” in English.

May Sickness is the Japanese version of post-vacation blues. The term is also used for regular employees, who take a while longer to get back to their daily routine. To avoid causing any inconvenience to their coworkers, most people try to prepare so they can pick up their work after Golden Week right where they left off.

Do you have any strategy to make sure that you have a great first day of work or school after a long vacation?
What do you think about the collective vacation system prevalent in Japan?
Let us know in the comments!

How to pray at a Japanese Shrine
Japan’s most popular sport – is socc...
How to stay safe during an earthquake
Share
culture

May Sickness: A Japanese Phenomenon
Avoid these 4 Mistakes to Get a Job in Japan
Moving to Japan – Packing Checklist!
In-Demand Programming Skills in Japan 2020
How to Prepare for a Business Presentation in Japa...

How to Pass your Job Interview in Japan
Annual Leave in Japan – Taking Your Well-Ear...
Why Japanese People (don’t) Change Jobs
How to fill out the Customs Declaration Form for J...
How to buy a Suica card