Sleeping at Work in Japan – Myth of the Hardworking Salaryman 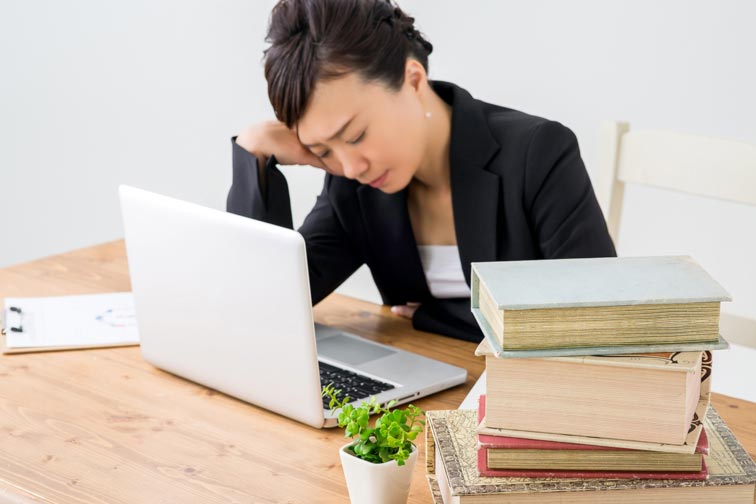 Sleeping in public is so common in Japan it even has it’s own name – inemuri. But is it really okay to sleep at work? While urban legends may suggest it is, the reality is a little different.

Sleeping at work and everywhere

Japan is famous for many things. Kimono and cherry blossom, robots and maid cafe’s, long-work hours and the ability to sleep anywhere, at any time. Standing on a cramped train? Sprawled out across a park bench? Japanese people can get their shut-eye anywhere they can find it and the office is no exception.

But before you start imagining a scene where a salaryman after a long night of drinking at one of the notorious nomikai, is lying under the table, snoring joyously, let’s take a closer look at what of this image is true. And what is not.

Seeing Japanese people sleeping in public is met with wonder and confusion by many foreigners. Isn’t it simply impossible to imagine how anyone could fall asleep in such situations? It certainly may seem that way. (That is until one has spent enough time in Japan. Chances are you too will learn to make every minute count.)

Sleeping in public is so common that there is a name for it – inemuri (居眠り). It can be translated as ‘sleeping while being present’ and is often used to refer to “sleeping while seated”.

The most controversial type of daytime sleeping happens at the work place. After all, most jobs don’t pay employees to sleep. Still, from Japan’s working culture developed a somewhat suprising interpretation of such situations.
Falling asleep at odd times isn’t ideal but it can be interpreted positively in two ways.

First, this person isn’t a quitter! No matter how many hours he already worked this week or how tired he may be, he doesn’t make excuses but shows up without fail.

Second, it is a result of working so hard, so really sleeping is a sign of his dedication to his work.

This deep commitment of showing up no matter your situation is at the heart of the ‘inemuri’. 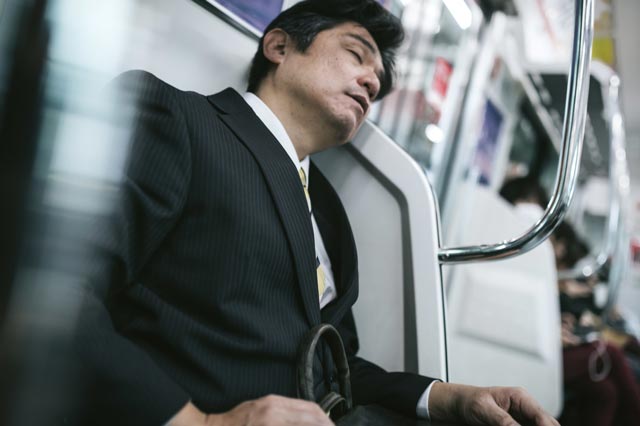 The stories of sleeping at work and in public rings so strange to foreign ears that they became a popular (and inflated) point of wonder at Japanese difference. But even in Japan, there are a few rules to follow when sleeping in public. After all, it should be unintended and inconspicuous.

Don’t get ready: Bring a pillow or get comfy and it seems like you planned to fall asleep, so don’t.

Don’t bother others: Loud snoring, sprawling out under the table, or drooling over the person next to you? Not a good idea.

Can I sleep at Work?

Now to the part you are really interested in. Is it okay to sleep at work in Japan? The answer is no. It is not acceptable to sleep during work hours, even in Japan.

Teachers may be lenient towards tired students who spent their nights on cram school and homework. Nevertheless, sleeping instead of listening to someone is rude, and Japan is no exception. When in a meeting with a boss or client, better pay attention.

Sleeping at the desk when you are supposed to work also isn’t good form. At least have the decency to pretend you are working hard like everybody else!

While there may be instances where sleeping at work is overlooked, that is not the norm and would usually be due to seniority. After all, who wants to speak up to the boss.

So, get out your energy drinks and matches and keep your eyes open. 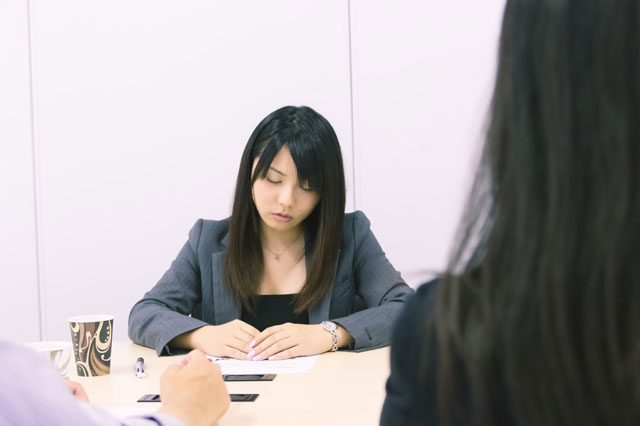 Luckily, not all is lost. Short bursts of sleep are already deeply ingrained in the Japan’s culture anyway, companies have also started to notice that they might come with certain benefits.

The country that never sleeps

According to OECD studies Japanese people on average sleep less than any other country. Try asking around. You will find a surprising number of people who limit themselves to 3-5 hours a night in the country of ‘inemuri’.

To some, this is a point of pride. They see limiting their sleep to only X hours as a feat of efficiency and control over their body and life. This way of thinking is by no ways exclusive to Japan.

Between work and private life, the day never seems to have enough hours, so cutting down on ‘dead’ time, meaning sleeping hours, may seem to be the logical choice to still get everything done.
While some may be able to do so with no imminent impact on their well-being, research shows that a lack of sleep over an extended period tends to have detrimental effects on health.

Neither ‘getting used’ to only sleeping a few hours nor sleeping double on the weekends can fix that negative sleep balance. To describe this phenomenon and to call attention to the issue the term ‘sleep debt’ was coined. It quickly became a buzzword in Japan. 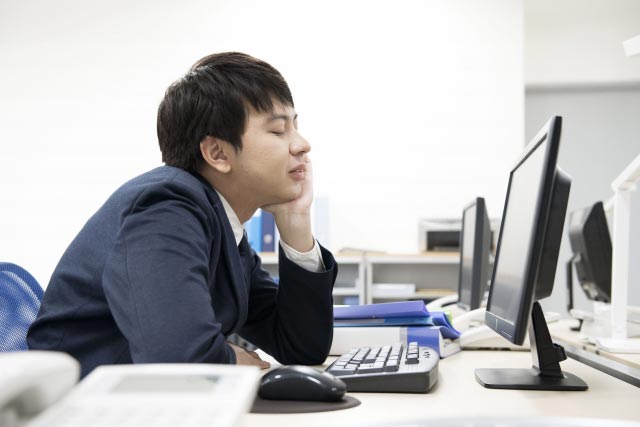 Maximizing awake time and not resting when the body needs it does more than impact one’s health. Not getting enough sleep also negatively impacts performance. (No surprise here.)

Even just taking a nap has been shown to improve cognitive performance and memory. Those getting a few minutes of shut-eye during the day are more productive.

That is great news for companies: Healthy and productive employees! Maybe that is why high-level power-napping skills managed to spread throughout Japan long before they reached other countries?

Revival of the Nap

Acknowledging the health and productivity benefits a short nap can have, some companies have started changing their policies. One company decided to offer extra benefits based on the hours of sleep an employee get. Far more companies though opt to create napping spaces, so employees can recharge with a quick hirune (昼寝).

These sleeping facilities or nap rooms can come in all varieties.
Fancy nap pods
Those fancy thingies you see in images of big tech companies.

Meeting room turned beach chair lot
A communal solution to the “But where should they sleep?” problem that allows as many people as possible to kick back.

Nap Cubicles
A truly Japanese solution. Small separately walled-off spaces much like at a net cafe with reclining chairs for private space to lie down.

Even if your company doesn’t offer a nap room as a perk that doesn’t mean you have to give up on your nap. Suimin Cafe offers tired employees a place to lie down during the day. Or you can just opt for a manga cafe.

Passing the JLPT N1 – These Methods Worked f...
How to return your Suica
5 Japanese Podcasts for Immersion (JLPT Level N3+)
How to Write Your Japanese Resume (Rirekisho)
Japan’s Humid Summers: A Survival Guide

The 3 Stages of Mastering Japanese Group Discussio...
5 Autumn Leaf-Viewing Spots in and around Tokyo
First steps to working in Japan
The Current State of Work-Life Balance in Japan
Is the JLPT enough to Work in Japan?