Paid Internships in Japan and Where to Find them 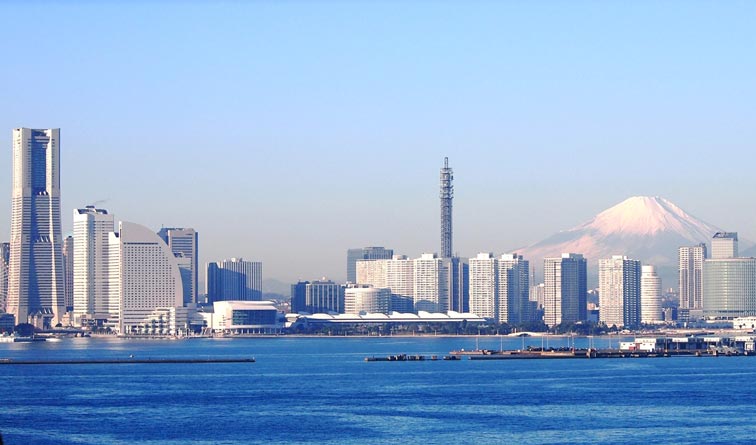 Paid Internships in Japan are relatively rare, but very much possible to get when you know where to look for them and tell them apart from others. Read on to find out how to get one and why there are so few.

Why most Internships are unpaid

Tokyo is an expensive place, so naturally many foreigners search for paid internships. However, only around 4% of all internships here are paid.

The reason for the abundance of unpaid, short-term internships lies in the standard recruitment procedure for university graduates. Most of the time, internships are seen as a short-term activity that’s part of this process.

READ ON  Guide to Internships in Japan

Difference between paid and unpaid internships

As already mentioned, unpaid internships are often part of a larger recruitment procedure. The intention behind them is twofold. On one hand, they are intended to give the student a better idea of the company, its atmosphere, etc. On the other hand, they give the company a clearer picture of the type of person it’s dealing with.

Notice anything? Right: The companies neither expect nor require the student to do any “real work” for them.

In this relationship, the students are consumers of a workplace tour (shokuba kengaku 職場見学), so naturally, they don’t receive any money. You can think of it as an extension of an introductory event (setsumeikai 説明会).

So that explains the fact that the internships are unpaid. But what about the short timeframe? A lot of internships don’t even last longer than a week!

Of course, there’s also an explanation for that.

In today’s starved job market, few students have trouble finding any job at all. However, just like everywhere else, most students don’t just want any job, they want a good job. Because of that, it’s not rare for a Japanese student to apply to over a dozen companies at the same time.

When managing so many application procedures simultaneously, there simply isn’t time for a long-term internship and the additional tasks and responsibilities that come with it.

As a result, the unpaid, short-term internship type is designed to give the students a general idea of what they will be dealing with every day if they enter the company. Contribution to work tasks is a non-issue.

Paid (and long-term) internships used to be the exception and – as the percentage shows – still are but have been increasing in number recently.

Because not all of them are full-time, paid internships often have strong similarities to part-time jobs. In fact, the line between the two can become quite blurry.

The main characteristic shared by paid internships and part-time jobs is that the company is expecting the student to make contributions to actual, “real” work tasks, however small they may be. That’s why they are required to pay them – by law.

In contrast to part-time jobs, however, paid internships often have long-term goals. Because the acquisition of skilled workers in certain fields (e.g. IT) has been getting increasingly difficult, companies use paid internships to train students in professional tasks and “raise” potential future employees.

At the basic level, this system is very close to what you’re probably used to from your home country.

However, since Japanese companies are less focused on preexisting skills when it comes to recruitment, the tasks you’ll be entrusted with may start at a very basic level. This is an attractive feature for students looking to acquire new skills, maybe even completely from scratch. Basically, you could say that the hurdle for entry is low.

At the same time, it is not rare for paid internships to lead to a job offer. In contrast to what you’re used to, most companies offering long-term internship positions here are also searching for new employees. So as long as you show determination and the will to improve, the chances you’ll get a job offer are high, even if you don’t have the “correct” educational background.

In general, there are three systems for the compensation of interns: Hourly salary, daily salary, and result-based salary.

The average hourly salary for paid internships is usually between 1,000 and 2,000 yen. This is virtually the same pay as people get for the average part-time job.

Daily salaries range from 5,000 to 10,000 yen on average. Depending on how many hours you are required to work, this figure may turn out to be higher or lower than the hourly salary.

At first sight, these figures for hourly and daily salary may seem low. But if you’re already living in Japan (e.g. as a student) and are working part-time, the amount of money you’ll receive will be around the same. Plus, compared to combining an unpaid internship with a part-time job, you can save time and effort.

If you have previous experience in or knowledge of your field, try looking for internships with result-based salary. Depending on the type and extent of the work you do, the pay can range from 1,000 to 50,000 yen per task. If you’re fast and do your work well, you’ll be able to make more money than most part-timers.

Salary is important, but it doesn’t have to be the be-all and end-all. There are some additional benefits that can help alleviate lower pay. These include housing allowance or accommodation at company housing, reimbursement of commuting costs or employee canteens.

Rent, food, and transportation make up the bulk of your monthly expenses, so in some cases, it’s possible to get an overall “cheaper deal” (or have more money to spend in your free time) compared to positions that offer higher pay.

If you’re looking to combine the benefits of a part-time job with useful work experience for your career, start looking for paid internships here (sites in Japanese):

If you’re not currently living in Japan, finding long-term paid internships at Japanese companies can be difficult. The main problems here are visa issues. Among the already small percentage of companies offering paid internships, the number of companies willing to sponsor visas for foreigners is even smaller.

READ ON  Visa Guide for Internships in Japan

That said there are some paid internship opportunities at multinational corporations, etc. as well. Especially if you didn’t study much Japanese yet, the English working environment they offer is a good fit.

READ ON  English-speaking Internships in Japan

Because of the work restrictions, unpaid internships are a lot easier to get. Be careful with your choice though, as there are cases of companies using them to get free labor. Remember: If the results of the tasks you do are directly linked to the companies benefits in some way, you should get paid.

Ultimately, it’s best to think about what you want from your internship. Depending on your goals for the future, going for a paid position doesn’t have to be the best option. Especially if you’re already in Japan, even the short-term, unpaid internships that seem useless on the surface may turn out to be a good choice in the long run.

Are you ready for Japanese aptitude tests?
Learning how to code while working in Japan
Online Applications: Get Your Dream Job in Japan
Japan, the Kingdom of Characters
Knocking like a salaryman

Electrical Engineering Jobs in Japan
Female Engineers in Japan
Business Casual – Guide to Choosing the righ...
How to Work in Japan Without Speaking Japanese
How (not) to park your bike in Japan!