Japan’s Hell is made of Two-Year Contracts 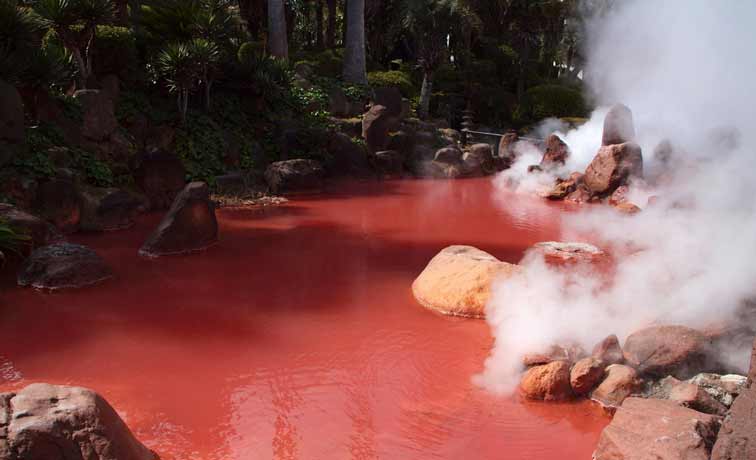 Living in Japan can come with hidden costs, many of them caused by the country’s obsession with 2-year contracts. Whether you rent an apartment or get a phone contract, chances are you will be presented with a 2-year option.

This causes become problematic for various reasons and you are not alone if you feel as if everyone is after your money.

These 2-year contracts make things difficult for students, interns, and anyone else who is living in Japan for less than 2 years. Canceling early, e.g breaking a contract often comes with hefty cancellations fees attached.

To be fair, two-year phone plans seem to be pretty standard around the world but Japan wouldn’t be the curious land it is if it didn’t have some surprises in store for unsuspecting newcomers.
The first time I came to Japan I tried to get out of my phone contract early and was suddenly faced with at ¥10,000 penalty for canceling before the contract period was up. This made me wonder if I couldn’t get off cheaper if I’d just keep paying until the end of the contract. Luckily, legislation seems to be underway that these high cancellation fees for phone contract will soon be a thing of the past.

When I came back to Japan I got a pocket-wifi, of course, also with a 2-year contract (and a ¥30,000 coupon for the anything on that specific floor of the store, which was almost enough to get me a Playstation 4).

I could use my pocket-wifi at home with my PC and outside with my phone, making it a good value option. It was great. That is until I learned that cancellations fees had to be paid not only if you cancel your contract early, but also if you cancel it late.

Apparently, contracts get renewed automatically and customers have a gracious one-month window during which they can get out of their contract at no extra charge.
Unsurprisingly my enthusiasm got dialed down a notch. Don’t get me wrong I like my Playstation, but I’d rather have transparent contracts with cheaper fees than coupons that in the end only tempt you to spend more money.

The other thing where two-year contracts are the norm are apartment leases. Apparently, Japanese people haven’t heard contracts without a fixed move-out date and the 2-years is said to be the typical duration single persons stay in one place, or so the reasoning goes.
Either way, if you have a 1-year visa your chances of finding an apartment just plummeted to the ground. Share-houses, furnished apartments, sure, but simple, reasonably priced apartment, good luck with that.

Even if you could find an apartment that lets you stay for only one year, moving costs in Japan are so high you probably would reconsider. Though that’s a whole different story of hidden costs, which we covered previously.

What comes at a surprise to many non-Japanese renters is that once your contract period is up, in most cases you can renew your contract for, surprise, another two years. (Unless your landlord hates you by then and you can start again from square one.)
In this case, expect to pay a contract renewal fee.

If you extend your contract and just keep living at the same place, it doesn’t cause work for either your real estate agent or your landlord, but you will still be asked to pay one-months rent. For what exactly remains a mystery. Everyone just kind off seems to accept it as normal. So, if you have a budget for your monthly rent cost, you might want to factor that renewal fee into your calculations.

Considering that when moving you are probably also changing your internet plan, etc. you might just want to start organizing your life and all your contracts in this 2-year cycle.

Planning to change jobs? Going back to your home country one day? Moving in with your partner? Best schedule these life-changing decisions in two-year intervals as well.

Personally, I’d really hope for more transparency and flexibility in Japanese contracts, but for the meantime we are left with the 2-year contract hell of small print and extra costs. 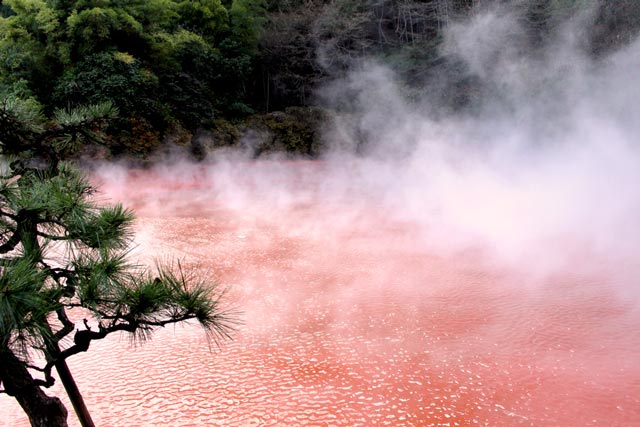 ※ Pictures in this article depict another hell of Japan, more precisely the 血の池地獄 in Beppu, which freely translates to ‘bloody hell pond’ and happens to be Japan’s oldest natural hot spring.

Getting a Mobile Phone in Japan – Long and...
Guide to getting your Internet plan for Japan
Japan’s Humid Summers: A Survival Guide
How to rent an Apartment in Japan – Step-by-step...
Share
moving to japanReal Japan

Challenging Yourself in Japan: A Retrospective

Surviving at the Japanese Workplace: 5 Hurdles for...
How to Change Jobs in Japan – A timeline
Online Applications: Get Your Dream Job in Japan
Web Development and On-The-Job-Training in Japan
The 5 most important everyday expressions at the o...

The 5 most important everyday expressions at the o...
Japanese Job Interviews: Long Process, New Chances
Business Japanese: Why more Kanji aren’t alw...
On the Rise: Foreign Workers in Japan
Paid Internships in Japan and Where to Find them