Eating on the Cheap in Japan 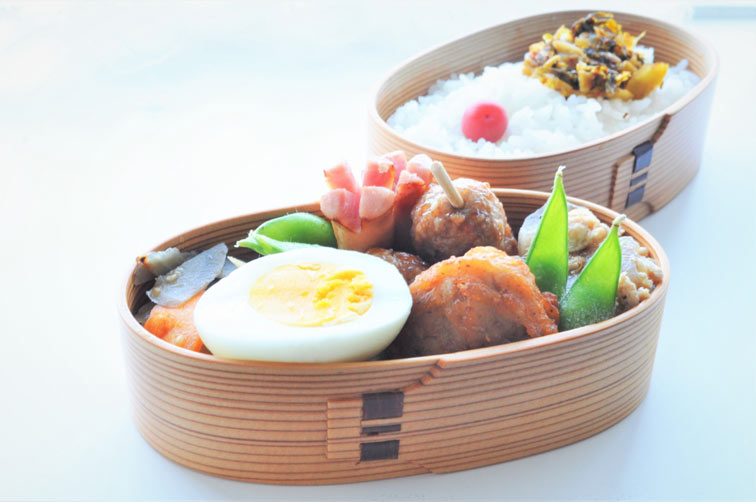 Sushi, Udon, Tonkatsu … Japan’s food culture is very rich, but most of us can’t afford to go to a fancy restaurant every day. This article gives you some tips on how to lower your food-related expenses.

The price of food in Japan

According to household economy reports compiled by the Japanese government, the average Japanese 20-something spends about ¥41,000 on food per month. That amounts to about 25% of their total monthly expenses.

The share of food-related expenses is sometimes called the “Engel coefficient” (エンゲル係数, エンゲルけいすう), although I’d never heard of it before coming to Japan. In economic theory, a lower coefficient (percentage) generally indicates a higher standard of living and a wealthier population.

In the post-WWII era, Japan’s Engel coefficient decreased more or less consistently, with only some minor bumps along the way. However, after hitting it’s so-far lowest point in 2005, the trend started to reverse. Over a short period between 2013 and 2015, it rose to over 25,5%, a late 80s-level percentage.

In 2014, Japan saw a consumption tax hike from 5% to 8%. The tax was increased even further in 2019, going up to 10% max. Nowadays, it’s not rare to see people complaining about the increasing cost of products (物価上昇, ぶっかじょうしょう), either online or in the real world. If you’ve been living in Japan long enough, you might know the slight sting you feel when you suddenly get less chocolate for the same amount of money.

However, there are also other explanations for this trend other than taxes and pure costs. As a rule, elderly people spend more money on food. The consistent increase of elderly people’s share of Japan’s population contributes to the trend, as well as an overall tendency towards less home-cooking. Be that as it may, recent developments favor those with a smarter approach to spending.

How to save money

If you’re getting paid a reasonable salary, food expenses shouldn’t break your bank, even if you eat out fairly regularly. But by making just a few spending adjustments, you can free up some extra money for the next trip to the hot springs or some new piece of clothing without affecting your overall nutrition intake.

If you don’t want to cook for yourself, the easiest option is to get your lunch (and sometimes dinner as well) at your company’s cafeteria. Of course, usually, only big companies have those. Below are some options if you have to rely on “outside food”.

Japan comes with its own choices of affordable places to snack. Rice bowls topped with various kinds of meat, fish, and vegetables (丼, どんぶり) are a common staple. Aside from that, you can choose between Chinese food, Curry, Sushi, Burgers, and “Family Restaurants” (ファミレス – offering a bit of everything, often Italian-style pizza and pasta). 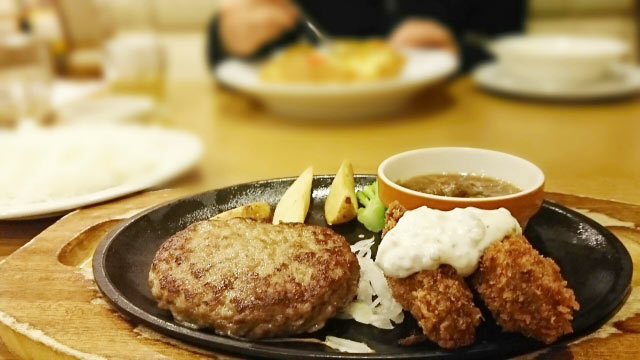 The price for a regular meal at these places is somewhere around ¥500 to ¥700 Yen. At cheap sushi restaurants, a regular plate (with two pieces of Sushi on it) will cost you about ¥100 to ¥130.

While these options are relatively cheap, going there two times a day – for lunch and dinner – will not exactly help with keeping your expenses down. Also, depending on where you eat, it’s probably not very healthy, so consider mixing in some other options.

Aside from your regular deep-frozen readymade meals and cup ramen (the stereotypical modern poor man’s food), supermarkets offer pre-packaged bento boxes. Usually, those include a portion of rice plus “something” (fried chicken/kara-age, pork cutlet, grilled fish, rolled eggs and some vegetables).

At lunchtime, expect to pay around ¥500 for a regular-sized bento. That price applies to lunch boxes sold at convenience stores (which are usually a bit more pricy than supermarkets) as well.

However, in the later hours of the evening, most supermarkets offer these packages at discount prices because they have to throw them away the next day. If you shop late, you can get up to 50% off your dinner.

Paying around ¥500 for an “outside meal” is fine, but if your main goal is to save money, you have to cook for yourself. It requires some extra effort (especially at the beginning), but if you figure it out, you can eat both healthier AND cheaper. 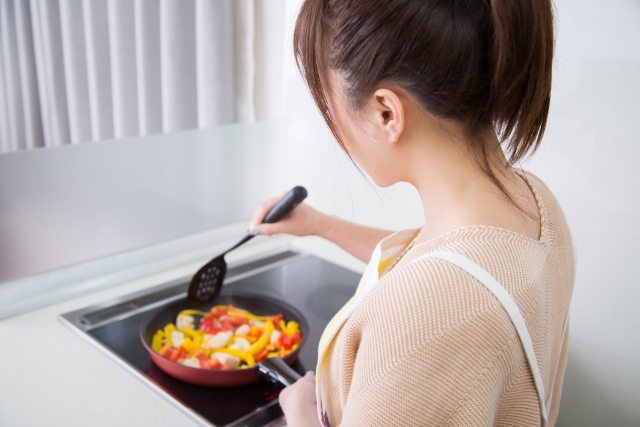 Costs compared to eating out

When making bentos for myself, I usually prepare meals for two days in advance. Most of the time, the ingredients (not counting the things you use up relatively slowly, like rice or soy sauce) cost me around ¥500 to ¥700.

So overall, I’m saving one day’s worth of lunch money every second day. That may not seem that much, but in a month, it adds up to around ¥8,000. If I went into full smart spending mode and only bought the cheapest ingredients at the cheapest supermarkets, always kept an eye on discounts etc, I could probably save another ¥2,000~¥3,000.

First of all, making your own meals means investing some extra time, even if you only stick to easy-to-prepare stuff.

Another requirement is a kitchen that fits your needs. While most Japanese apartments have at least a cooking niche, access to only one burner, for example, will put a limit on what you can prepare. Also, if you’re living in a share house, you might not be able to cook whenever you feel like it if other people are using the kitchen.

Below are some tips for smart shopping and cooking that will help you to keep both costs and time investment low.

In Japanese supermarkets, you will find most cooking ingredients year-round. However, certain types of food tend to be cheaper during specific seasons, to keep an eye out for them. This is especially true for fruit, vegetables and fish as well as other types of seafood. You can check which food is “in season” by searching “[food name] 旬” (しゅん) in Japanese.

In addition to keeping your bills down, buying season-specific (and nationally or locally produced food) lowers your carbon footprint and, in a way, makes your experience of living in Japan a little bit more “authentic” (as in traditional).

This is somewhat connected to the previous point. If you cook the same way (and with the same ingredients) as in your home country, you might feel like you’re not saving all that much. In that case, what you’re feeling would be correct. Some products, especially fruit and other things like butter that are used pretty liberally in non-Japanese home cuisine, can be relatively expensive in Japan.

To truly save money on food, search for Japanese ingredients and recipes that the typical housewife, single student or “salaryman” uses. They not only tend to be cheap but also easy to prepare. If you can get used to Natto, for example, making a warm breakfast suddenly becomes a little bit easier.

For recipes, you can check sites like Cookpad or just get yourself a good old cooking book. When searching for the latter, keep an eye out for books that specialize on recipes for singles living on their own (一人暮らし, ひとりぐらし).

Most supermarkets price down products that will expire soon as well as easily perishable products towards the end of the day. Just like with pre-made bentos, you can save some change by grabbing those. The downside is that you’ll have to use the food up almost immediately or it’ll go bad.

Prepare for multiple days at once

While there are a lot of easy recipes out there, cooking every day can be a bit time consuming if you consider that you’ll have to clean afterward, do the dishes, etc. Because of this, I recommend preparing lunch or dinner ahead of time.

In periods where I want to keep food expenses down, I try to keep to the schedule below.

Ultimately, cooking for yourself in Japan is not that different from everywhere else in the world. If you can bring yourself to put in the extra effort, you can easily cut down on your expenses. The key is to shop smart and plan out your schedule to optimize for time and money. If you can’t (or don’t want) to make your own meals every day, Japan’s wide variety of relatively inexpensive “outside food” options are a solid alternative.

Job Agencies: Find Jobs that Match your Profile
Challenging Yourself in Japan: A Retrospective
News from Japan #03
How to make friends in Japan
Hourensou: The Japanese Approach to Business Commu...