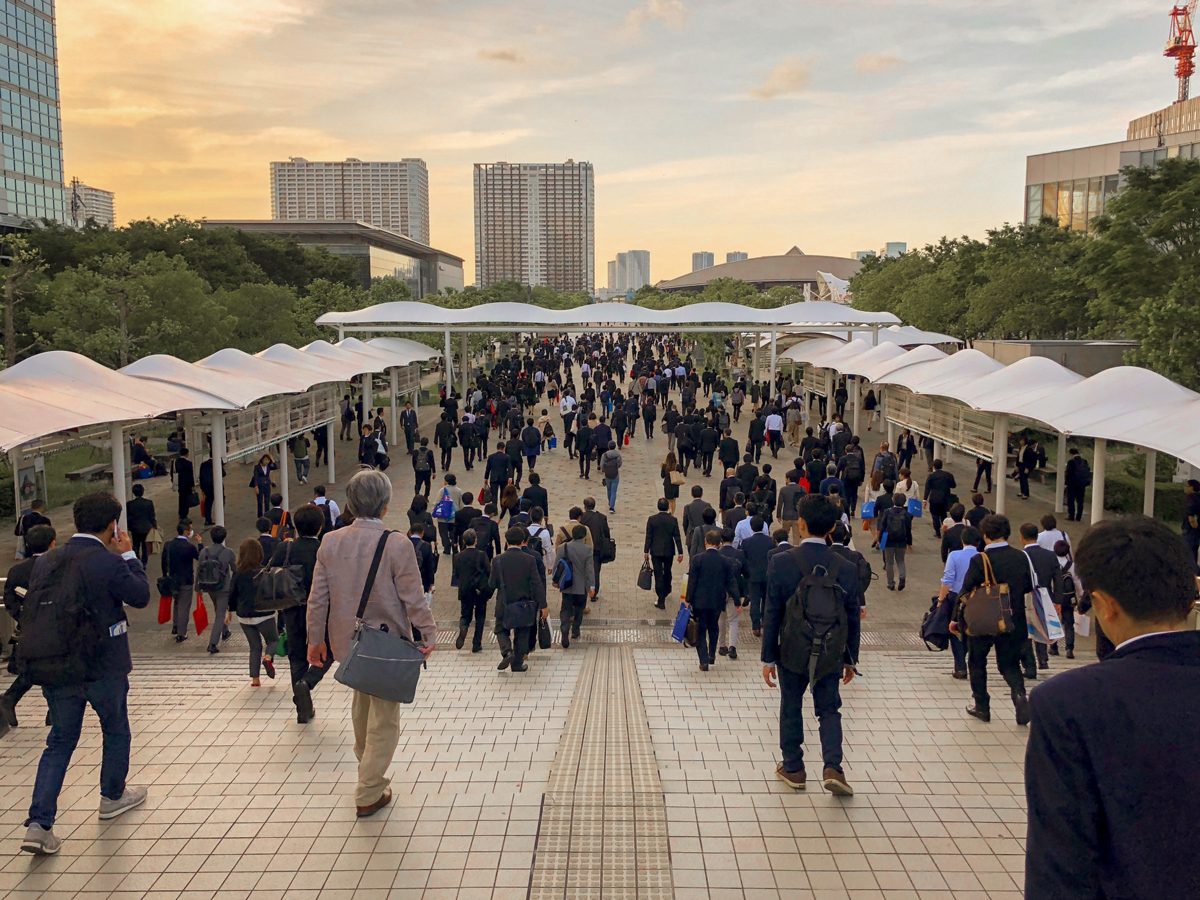 Japan is famous for its lifetime employment system, but many Japanese companies are looking for more flexible alternatives. This is good news for foreigners hoping to work in Japan.

Why? Lifetime employment is one factor that kept many companies from hiring foreigners, as it was simply too risky for them. But the system’s lack of flexibility has taken a toll on companies and employees alike. The low birthrate and the aging population (少子高齢化, しょうしこうれいか) are social problems that further add to the issue.

In an environment where the benefits of lifetime employment are diminished, and the country suffers from a labor shortage, companies are becoming more flexible and many are looking toward foreigners to help alleviate the issue. A win-win for the gaijin.

Birth of the lifetime employment system

It used to be normal in Japan that new graduates entered a company and worked there until retirement. This system was started in the early half of the 20th century to counter low retention rates caused by frequent job changes of employees looking to improve their working conditions. In an attempt to keep their employees, companies started to introduce pay-raise and pension systems. At first, this wasn’t done on a national level but implemented by individual companies.

Establishment of the lifetime employment system

With the labor shortage after World War II, lifetime employment (終身雇用, しゅうしんこよう) schemes became standard especially among big companies, supported by the economic boom of the following decades. In the 1970s, rules were established which restricted companies’ rights to fire employees and the lifetime employment system took hold nationwide.

Decline of the lifetime employment system

After the burst of the bubble in the 1990s, with declining birthrate and stagnating growth, maintaining lifetime employment became increasingly difficult for companies. But this system did not only affect companies.
Due to its seniority-based system, lifetime employment creates a large gap between regular and non-regular employees. Those who diverge from the ideal route of the full-time employee (正社員, せいしゃいん) quickly find themselves facing lower income and fewer career opportunities for the rest of their lives. Impacted negatively by this system are especially those that had trouble finding a good job after graduation and women who have to leave the workforce for family reasons.
Facing a shrinking workforce, Japan is now trying to get more women and other “disadvantaged” by the lifetime employment system back to work by changing the system (one baby step at the time).

Companies are reacting to such current events. Many are changing to performance-based benefits, encouraging qualified job changes.
Even though long-term employment declines, elements of it are ingrained in the labor law and the long-term employment culture still persists in many places. Since it remains uncommon to fire staff in Japan some companies simply started hiring less full-time employees and more people on limited contracts. This only created a problem new to Japan, an increasing number of people unable to find stable work.
Lifetime employment became unsustainable, the change has started, but it seems like Japan has not yet found a new paradigm to replace the old.

Why foreigners benefit from the decline of lifetime employment

Due to the gradually decreasing Japanese workforce combined with a well-performing economy, the job offer ratio in Japan fluctuates between 1.5-2 job offers per applicant. In addition, foreign residents in their 20s and 30s make up 51.9% of foreigners in Japan and are the fastest growing segment of Japanese society. The shrinking Japanese workforce and the young foreign population, lead companies to intensify their efforts to recruit international job-seekers.

Under the lifetime employment system, joining the workforce late and job changes put people at a disadvantage. At the same time, it made companies reluctant to hire in the first place, reducing career opportunities for foreign job-hunters.

Changes from seniority to merit-based system are at the center of the decline of lifetime employment. Today’s Japanese working environment sees more flexibility and willingness to hire qualified staff at any stage in their careers. For foreigners this means more companies to choose from, better working conditions, and more career opportunities.

Many Japanese companies are actively looking for ways to integrate foreigners in the workplace. Within this improving environment, it is upon foreigners who are working in Japan to promote lasting changes within their own companies, one step at a time.

English Level still low even among IT Staff in J...
Thoughts on Success in Japan
Why Japanese People (don’t) Change Jobs
A Workday in the Life of an Engineer in Japan
Share
working condition

Passing the JLPT N1 – These Methods Worked f...
Internships for International Students in Japan
Jiko-PR: How to Sell Your Strengths in Japanese (w...
How to stay safe during an earthquake
Hourensou: The Japanese Approach to Business Commu...

Surviving at the Japanese Workplace: 5 Hurdles for...
Japanese Group Interviews – How to Stand Out...
25 Business Japanese words you can remember instan...
Bilingual Job Fairs in Tokyo and Elsewhere 2021
How to open an account at Shinsei Bank