Train delays in Japan and how to deal with them 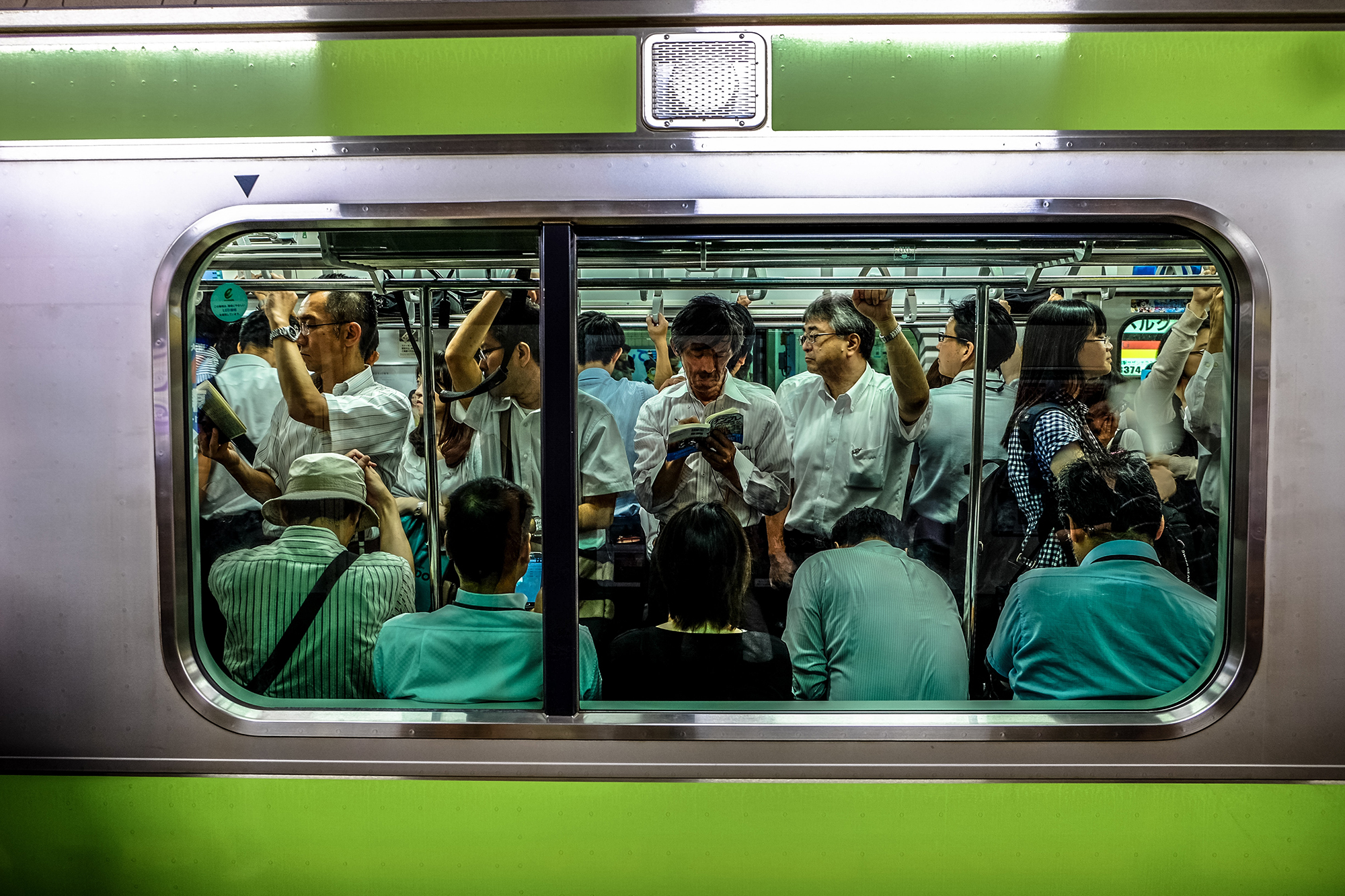 Train delays can easily cause you some trouble when job hunting or working in Japan. Learn how to deal with them without needlessly upsetting your (future) boss.

“In Japan, trains are never late” is up there with “Japan’s public spaces are very clean” and “Japanese people are so polite” in terms of common perceptions about the country. To be fair, it’s not far from the truth. Compared to my home country, for example, the punctuality of trains here is a thing worthy of being marveled at.

However, it’s not like Japanese trains are somehow magically protected from accidents – a lot of them happen every day. While train companies have figured out a pretty efficient way of dealing with them, sometimes delays just can’t be prevented.

One downside of tightly timed railway schedules is that one train being late can easily cause delays for other trains or whole lines. After a major accident, congested tracks can push your scheduled arrival time back even further. In Japanese, this is called ダイヤの乱れ (ダイヤのみだれ).

These type of accidents are called 人身事故 （じんしんじこ）for short in Japanese, literally “human body accident”. This delay reason is the easiest to catch you off guard because it’s impossible to predict.

Because of the association of Japanese society with long working hours and nonstop overwork, suicide is the reason that first comes to most people’s minds.

However, this category also includes many other causes like people falling off the platform due to being drunk or shoved around by others, not making it across railway crossings in time, entering the tracks to retrieve dropped personal belongings or rushing onto the train in the last second (駆け込み乗車, かけこみじょうしゃ).

If you’ve ever heard about public transportation in Japan, you’ve also heard about rush hour, the oftentimes ridiculous amounts of people that squeeze themselves into trains and the infamous “train pushers”. It’s no wonder that problems happen when so many people want to ride the train at once.

Especially during rush hour, some passengers start to feel unwell when squeezed between and shoved around by fellow commuters. In some cases, they simply ask to be let off the train at the next stop (which may take some time, e.g. when they’re right in the middle of the train car). Sometimes, however, they (or others) push the emergency brake button, which can cause somewhat longer delays.

Another common sight is bags, coats or jackets getting caught in the closing train doors. When that happens, the train operators have to open and close the doors, often multiple times, before the train is ready for departure.

Of course, things like these seldom lead to massive delays. However, the longer your commute is, the easier it is for short amounts of “lost time” to pile up. Even if nothing else happens, your train can end up being late around five to ten minutes.

Last, but not least, are natural causes like storms, typhoons, earthquakes, and heavy rain- or snowfall.

By checking the news, weather forecasts as well as your train line’s state of operations (e.g. through a customary app), you can sometimes anticipate delays in advance and include some extra “buffer time” in your schedule.

In the case of overnight storm damage or “guerilla snowfall” (especially in areas like Tokyo, where it rarely snows), long lines tend to form outside of the stations in the morning. If possible, consider leaving home at a later time (when things have cleared up a bit) or rescheduling your appointments.

How do deal with train delays

Of course, the best way to deal with train delays is to leave some room in your schedule in the first place. Planning with 10 to 15 “buffer minutes” in mind will not only ensure that you’ll still be on time even when a short delay happens but also make your overall commute less stressful.

In Japan, it is generally considered good manners to arrive a few minutes early to any kind of appointment, especially in the business sphere. Hastily arriving on the dot can make people doubt your time management abilities. I’d advise being especially careful about this when you’re job-hunting, as the company doesn’t know you yet and every little impression counts.

However, you can’t plan for everything – sometimes, you have no choice but to wait. In that case, communication is key. It doesn’t matter if you have an important appointment (like a job interview) or will “just” be late for work. As soon as you get the feeling that you might not be able to make it in time, let people know.

The easiest way to do so is sending a short message through a messaging app, SMS, etc. – to HR in the case of a job interview or other job-hunt related activities, and your superior(s) in case of a regular workday.

Note that it is looked down upon in Japan to talk on the phone when on a train. While I’ve seen some Japanese breaking this rule during long train delays, you will most likely still earn a few glares if you dare to make a call. If possible, stick to text-based communication.

When long delays happen, train line operators often start to provide buses or access to other train lines as alternative ways for passengers to reach their destination (振替輸送, ふりかえゆそう).

Depending on where you are when an accident happens, using these alternative services can help with at least shortening your delay. However, I wouldn’t recommend defaulting to them no matter what. Keep in mind that many other people will want to “be smart and save time” too. Oftentimes, it’s impossible to tell if you’ll really save time by taking a detour.

In my opinion, at least if you’re right in the middle of your commute, just staying on the train and waiting tends to be the better option. The only time I’d consider alternative transportation methods is when I know that there’s a problem on the line in advance (e.g. by checking the train line app in the morning).

Get proof of delay

When you arrive late and can’t make it to your company in time, be sure to collect a “proof of delay slip” (遅延証明書, ちえんしょうめいしょ) at the station you arrive at. They’re small pieces of paper with little holes or cut-outs in them that mark the day and time of your delay. There are either given out by station staff or can be found in little boxes, usually in front of the platform gates (改札, かいさつ).

Not all companies require you to present “proper proof”. However, especially when you’re job-hunting or have other important appointments, I’d recommend taking one just in case.

If you forget to take a slip with you or have to attach proof to an e-mail etc, go to your train line’s website. They usually have a page where you can download a digital version.

Finally, when arriving at the company, apologize upon showing up. Yes, you may not be responsible for the delay, but do it anyway. An apology, in this case, is less about acknowledging personal fault and more about politely showing consideration to the person you’re meeting.

As long as you avoid traveling during rush hour, chances are that your railway experience will be a pleasant one. However, delays can never be fully ruled out. Punctuality is highly valued in Japan, but most Japanese companies will forgive you for being late if your reasons are legitimate and you show a sincere attitude.

As a general rule, leave some extra time in your schedule to minimize the impact of small delays and try to communicate and inform as early in advance as possible. These two things alone will reflect positively on the image Japanese companies have of you – no matter if you’re a job-hunter or a regular employee.

How to return your Suica
How to buy a Suica card
Where can you use Suica?
How to charge a Suica card
Share
mannerspublic transport

On the Rise: Foreign Workers in Japan
Is it easy to get a Job in Japan?
What you need to know about Golden Week
Tokyo’s public transport – railway and...
How to buy a Suica card

Knocking like a salaryman
3 Essentials for a Successful Career in Japan
How to Get a Working visa in Japan without Univer...
How to open an account at Shinsei Bank
U-Turn and Relocation for a New Job