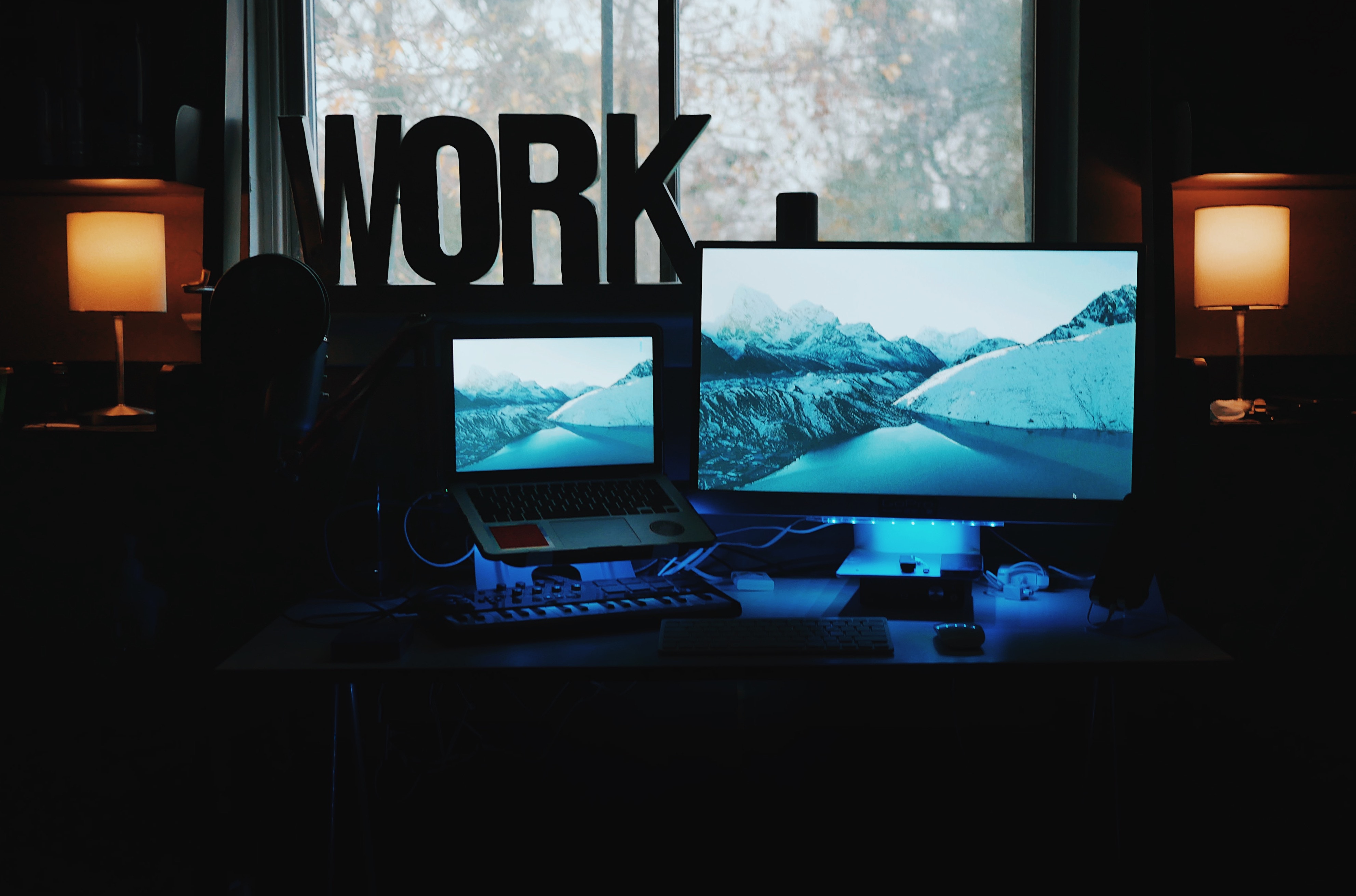 How is everyday work in Japan? We talked with Earlwin, a former student at a language school in Shinjuku. Since we last interviewed him about one and a half years ago, he has started to work in Japan and advanced his position within his company.

※If you want to go first things first, you can find our initial interview with Earlwin from August 2019 over here. 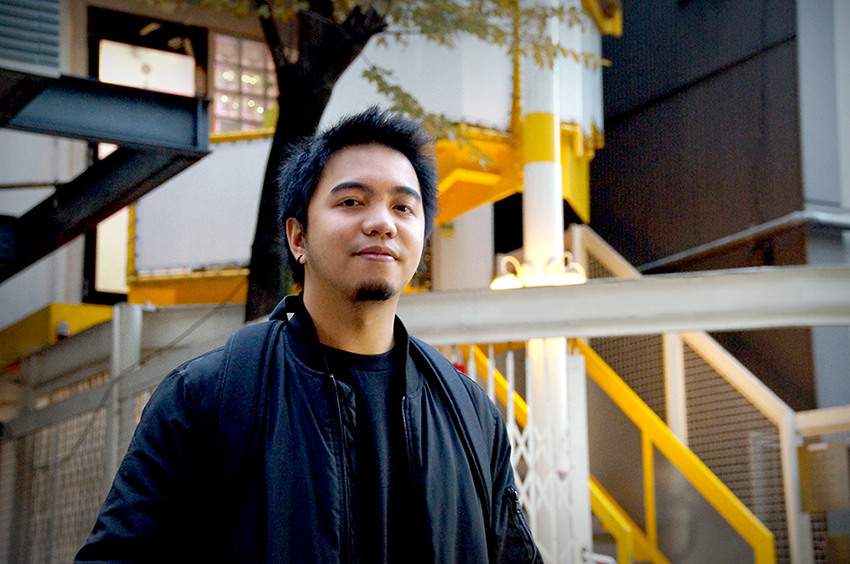 Q: It’s been about one year and a half since you started working in Japan. How has life been?
I’m enjoying my life here. I have a three-year working visa now, so I don’t have to worry about the immediate future.

Q: Are you still working at the same company that you entered last year?
Yes, I’m still working there and got promoted after six months. I started as a specialist, and now I’m at the engineering level. As a specialist, I was in the devices team and was mostly fixing Google products, for example Google Chromebook, Browser, and also Google Phone.

Q: How has your work changed?
At the engineering level, I’m now in contact with other internal teams … for example Googlers, software engineers from my own company, etc. That way, it’s easier to solve more complex problems.

As a specialist, I mostly solved customer’s problems based on solutions on the internet. Back then, I delegated all the problems that were too hard and required some things to be done on the back end to the engineers. They would end that case for me and I didn’t have to worry about anything. But now, I’m in a position where those problems get forwarded to, so I have a bit more responsibility.

When I was working at the office, if I wanted to take a break, I had to check if anyone else was taking one, and in some cases, I would have to wait for them to come back. But now, I don’t have to consider those things. I can just get myself a coffee and eat something, and maybe take care of a problem while doing that..

Q: Do you do overtime?
Never. My company prohibits overtime!

Q: That’s not what you’d expect from a Japanese company…
The company is Japanese, but very closely associated with Google. It’s not only the Google connection that affects the working culture though. The company’s founder is Japanese – so technically it’s a Japanese company – but he’s lived in the USA for a longer period of time, and his current assistant is also from the States. That’s another reason why the working style isn’t “typically Japanese” at all.

Q: What would you say you have most improved in since yo started working?
Hmm … the first thing that comes to mind is my patience. In customer support, the person you’re talking to doesn’t always have patience, so it’s crucial that you have it, as the person serving them. Especially for the more complex problems, internal communication with other teams can take a few business days. In times like that, it’s important to constantly keep them informed and to always respond calmly to any inquiry they might have.

Another area I’ve improved in is teamwork. There are a lot of processes, and not everyone knows everything. So if there’s a problem that you can’t quite solve yourself, it’s easier to ask your teammate or your manager before researching it in-depth yourself, just to save time. As I said, communication between teams can take a while, so it’s best to always try the shortest route first.

Q: By the way, the customers you are working with … who are they?
Some of them are really big companies, especially social media platforms … Google, Twitter, Netflix. We help them if they have billing problems or contractual issues. But those are not the only companies, there are also smaller ones that we fix problems for. The companies are filing tickets, and we deal with the problems. I’m communicating with them mostly through e-mail – every once in a while I make a phone call, when it’s really urgent.

Q: So the clients are mostly non-Japanese companies?
Yes. My company is based in Tokyo, but we get inquiries from all over the world so that problems can be solved faster … sometimes it’s a time zone thing, although companies can choose whether they’d like the tasks to be passed to people in their own time zone.

Q: So you are mostly using English at work?
Yes. Sometimes a little Japanese, but most of it is in English.

Q: Who do you work with? Are your co-workers also non-Japanese?
I have Japanese and non-Japanese people coworkers, although the number of non-Japanese employees is higher, I’d say. About one fourth are Japanese. We are using both languages, but English is more widely used around the office. Employees can take Japanese classes if they want – two of my teammates took them and have passed N2. I was quite surprised when I found out that there were Japanese classes – most companies don’t have that. There are also English teachers for the Japanese employees.

Q: By the way, during last year’s interview, you were preparing for the JLPT yourself. How did it go?
I took the N3 but unfortunately didn’t pass it because of my lack of kanji knowledge. The listening part was pretty hard as well. Overall, I think I haven’t improved too much since I started working … I’d say I’m still at the same level.

Q: Do you want to take the JLPT again in the future?
Yes. I’m happy with my current company, but I think being able to speak Japanese on a high level opens up new doors for anyone who’s working in Japan. I think I’ll try the N2 next.

Q: What area of Japanese do you most want to improve in right now?
Honestly … all of it (laughs) When I compare myself right now to back when I was still a student at the language school, I find myself lacking speed. Back then, I could talk a lot faster, but now I’m often stuttering and always thinking about what words I should use.

I actually think that presenting things and delivering information in an easy-to-understand fashion is one of my strong points in Japanese, so I want to work on that ability again.

Check out our first interview with Earlwin to find out how to find jobs through job fairs and Japanese friends.

Here’s how others got their jobs!
■ Clemence from France (Apparel): Online Applications
■ Kevin from the Philippines (Export): Panel Interviews
■ Yulia from Indonesia (Real Estate): Using job agencies
■ Nizza from the Philippines (English education): The importance of not giving up
■ More job-hunting advice from your Senpai

All of the people we’ve interviews for this series learned Japanese at Linguage Japanese Language School in Japan. Linguage specializes in a hybrid approach to Japanese education that not only trains you to pass the JLPT, but also prepares you for your job hunt. If you don’t want to waste any time and find a job in Japa as early as possible, consider one of their courses! Both long- and short-term options are available.